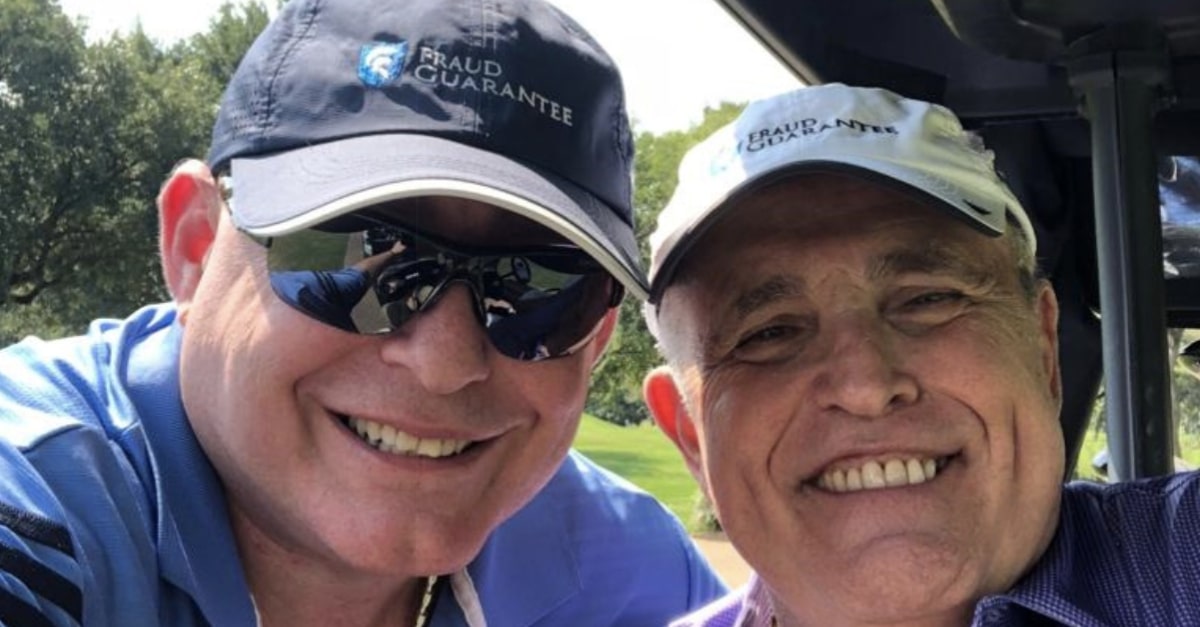 A key figure in Donald Trump’s first impeachment in 2019, Parnas became a national figure after cooperating with Democratic-controlled House committees probing the former president’s dealings in Ukraine. Arrested two years ago with his reputed sidekick Igor Fruman, Parnas was the only one of the case’s four co-defendants to embark on a full court press counteroffensive dishing the then-Trump administration’s secrets in Ukraine, Venezuela and Turkey. His name was mentioned more than 100 times in the House impeachment report.

Parnas’s trial, however, had glossed over the international intrigue that greeted his case for years and focused on the more modest question of whether Parnas and Kukushkin violated campaign finance law. The jury quickly and unanimously found that they did.

“In order to gain influence with American politicians and candidates, they illegally funneled foreign money into the 2018 midterm elections with an eye toward making huge profits in the cannabis business,” Williams wrote in a statement. “Campaign finance laws are designed to protect the integrity of our free and fair elections – unencumbered by foreign interests or influence – and safeguarding those laws is essential to preserving the freedoms that Americans hold sacred.”

Rep. Ted Lieu (D-Calif.), whose service on the House Judiciary Committee extended through both of Trump’s impeachments, used the occasion of the latest guilty verdicts to question why the Justice Department has stopped short of prosecuting the former president.

“He was ‘Individual 1,’ remember?” he added, referring to the thinly veiled verbiage prosecutors used for Trump in Michael Cohen’s case.

Prosecutors sought to remand Parnas and Kukushkin to prison immediately, but U.S. District Judge J. Paul Oetken rejected that request, noting the pair has shown they are not flight risks by regularly attending court proceedings. Parnas’s lawyer Joseph Bondy told a judge that his pregnant wife is due in November.

Bondy did not immediately respond to Law&Crime’s request for comment on the verdict.

Over the course of a week, a jury heard from some of the recipients of Parnas and Kukushkin’s largesse, including ex-Nevada Attorney General Adam Laxalt and the pro-Trump super PAC America First Action, via the committee’s then-finance director Joseph Ahearn. Parnas’s company Global Energy Producers donated $325,000 to America First Action, and Parnas personally donated $11,000 to Protect the House, a joint fundraising committee to various GOP causes associated with then-House Majority Leader Kevin McCarthy (R-Calif.). None of the recipients of the donations have been accused of wrongdoing.

Ahearn, initially expected to be a government witness, was instead subpoenaed to testify by the defense and granted immunity by Judge Oetken for that purpose.

With Parnas and Kukushkin’s convictions, all four defendants charged with the case have been convicted. Fruman and David Correia, the final co-conspirator, pleaded guilty pursuant to an agreement that did not include cooperation.

Like Correia, Parnas was also accused of bilking investors in a company Fraud Guarantee, which prosecutors said was not so much about fighting fraud as engaging in it. Parnas still faces prosecution in connection with those allegations, to which Correia already has pleaded guilty.

Giuliani, who has not been charged with any wrongdoing, was reportedly paid $500,000 as the company’s consultant, according to Reuters. A photograph of Parnas and Giuliani wearing hats with the company’s name was publicly released during the trial.