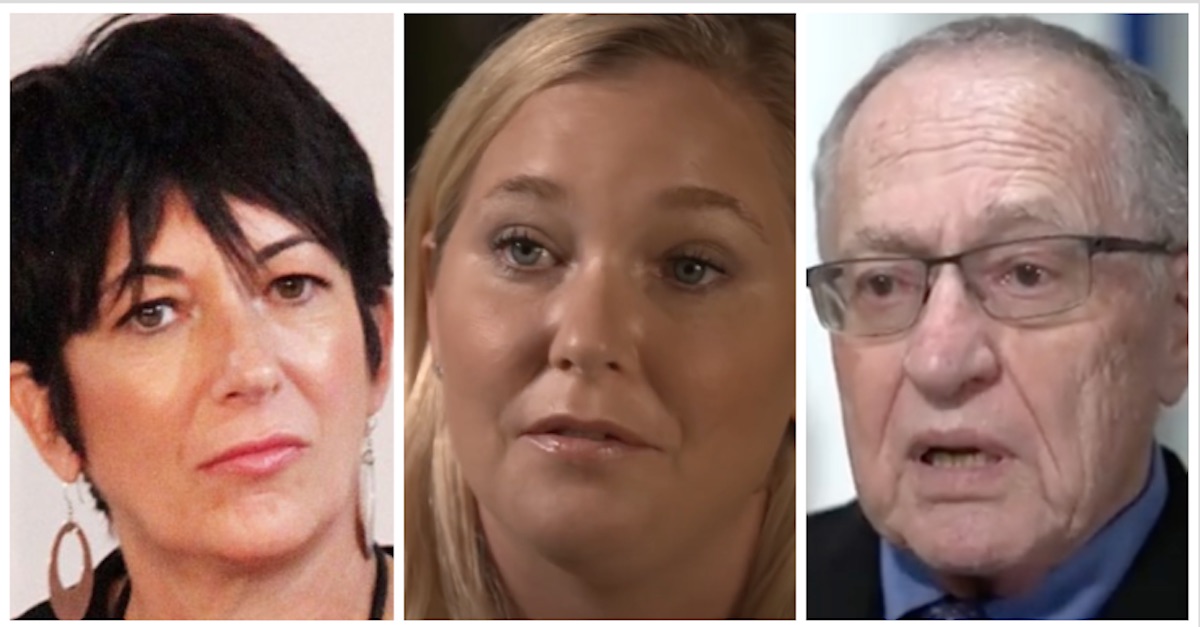 In May, Judge Preska accelerated the process for unsealing documents that name the names of non-party individuals—documents which are part of a years-old defamation case that Giuffre brought against Epstein’s alleged madam Maxwell. Maxwell called Giuffre a liar and Giuffre sued. Though Giuffre’s defamation case against Maxwell ended in 2015, Giuffre’s attorneys have fought a protracted legal battle seeking to unseal documents initially filed under seal that may contain allegations against other public figures involved in Epstein’s infamous elite social circle and alleged child sex-trafficking scheme.

Maxwell, though often accused of being a top Epstein co-conspirator, has long denied wrongdoing.

Most recently, Maxwell’s lawyers filed objections to the unsealing of certain documents because they are “afforded the lowest presumption of public access.” The filing noted that the “series of pleadings” concerns Giuffre’s “attempt to compel Ms. Maxwell to answer intrusive questions about her sex life” and “quotes extensively, selectively, and misleadingly from Ms. Maxwell’s first seven-hour deposition.”

Giuffre, in addition to accusing Prince Andrew of sexual abuse, has claimed that Dershowitz—a former Epstein lawyer—knew about Epstein’s operation and was also a participant. Giuffre claimed that she was forced to have sex with multiple rich and powerful men, including Dershowitz. According to Giuffre, Dershowitz had sex with her while she was a minor and working for Epstein.

Dershowitz, who was among the attorneys who represented Epstein and secured him a controversial plea deal more than a decade ago, has repeatedly denied Giuffre’s claims, calling her a “certified, complete, total liar.” Giuffre’s defamation lawsuit asserted that Dershowitz’s statements about her claims are knowably false and maliciously designed to cover up his own wrongdoing while discrediting her claims.

Dershowitz has repeatedly denied the veracity of Giuffre’s allegations, insisting that the two have never even met.

“Our position is that I’ve been truthfully calling Giuffre a liar regularly since she falsely accused me in 2014. I will continue to tell the truth whenever she falsely accuses me,” Dershowitz previously told Law&Crime. “If she believed I defamed her in 2014, 2015, 2016 and 2017, she could have sued me then. I will defend my First Amendment right to truthfully deny a false charge. To paraphrase Adlai Stevenson: if my false accuser stops lying about me, I will stop telling the truth about her.”

In Nov. 2019, Dershowitz filed counterclaims in the Southern District of New York, claiming that Giuffre libeled him and intentionally inflicted emotional distress through a “campaign to spread malicious lies accusing Dershowitz of being a sexual predator, pedophile, abuser, child molester and other negative epithets.”

In the filing, Dershowitz said it was the truth that “he was never in Epstein’s residence in the presence of underage females,” and the truth that Giuffre “committed perjury” as part of a scheme with her lawyers to “falsely accuse him of sex trafficking as part of a criminal attempt to extort a settlement from another party.”

Dershowitz also reiterated that he “never met or had any contact with Giuffre as she falsely claims; that she has falsely accused him of heinous acts which never happened; and that she never accused Dershowitz until she met her lawyers and was told she could profit from accusing him.” Dershowitz said that he aimed to prove that Giuffre’s lawyers (see here and here) pressured her to include him as a participant in Epstein’s alleged sex-trafficking scheme along with other the rich and powerful men.

Giuffre has conspired with her lawyers to publish her false and defamatory claims of and concerning Dershowitz with a knowing or reckless disregard of their falsity. She has done so with the specific intent and design that her statements be a source for the media so that the media will publish her false allegations of and concerning Dershowitz that he had sex with her while she was underage as part of Epstein’s criminal sex trafficking of minors. Giuffre has falsely and with a knowing and reckless disregard of falsity and acting out of ill-will and spite publicly labelled Dershowitz as a child rapist and molester.