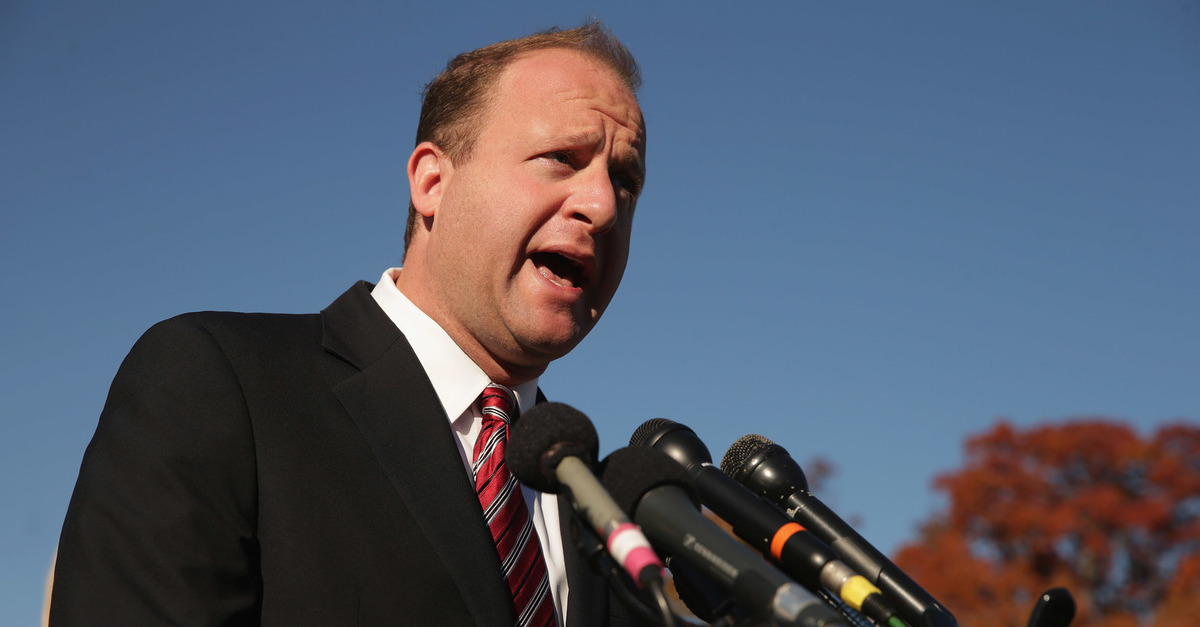 Colorado Governor Jared Polis (D), a progressive, signed an omnibus reform bill into law on Friday to end qualified immunity for police officers in the state.

“This is a long overdue moment of national reflection,” Polis said at the signing ceremony. “This is a meaningful, substantial reform bill.”

A summary of the sea change from the Colorado legislature notes:

The bill allows a person who has a constitutional right secured by the bill of rights of the Colorado constitution that is infringed upon by a peace officer to bring a civil action for the violation. A plaintiff who prevails in the lawsuit is entitled to reasonable attorney fees, and a defendant in an individual suit is entitled to reasonable attorney fees for defending any frivolous claims. Qualified immunity is not a defense to the civil action. The bill requires a political subdivision of the state to indemnify its employees for such a claim; except that if the peace officer’s employer determines the officer did not act upon a good faith and reasonable belief that the action was lawful, then the peace officer is personally liable for 5 percent of the judgment or $25,000, whichever is less, unless the judgment is uncollectible from the officer, then the officer’s employer satisfies the whole judgment .

The controversial, judge-made doctrine has taken center stage in national discussions about brutality and systemic racism in American policing and criminal justice. That narrative, long an undercurrent of American life, itself came to the fore after several thousand racial justice protests occurred in all 50 states following the Minneapolis police killing of George Floyd in late May.

Qualified immunity for police officers was invented by the Supreme Court in the 1967 case of Pierson v. Ray in response to Civil Rights protesters who sued a Mississippi judge and several local police officers over their unjust arrest and imprisonment.

The doctrine largely protects individual officers from federal Civil Rights lawsuits known as 1983 claims–so-named after the statutory section of federal law in which they appear: 42 U.S.C. §1983.

Under qualified immunity, police can have 1983 lawsuits against them quickly dismissed–unless the person who was allegedly deprived of their rights can show a similar court precedent in the same jurisdiction demanding redress from the police under almost an identical set of facts. Throughout the decades of the doctrine’s use, however, most judges have been loathe to offer precedent-setting opinions that would expose officers to civil liability.

For years, critics have decried a system wherein individual police officers are, by and large, protected from lawsuits no matter how egregious their alleged behavior. High hurdles for plaintiffs–created and accepted by judges–have also likely discouraged many would-be plaintiffs and attorneys from raising 1983 claims in the first place, qualified immunity’s opponents insist.

After the Supreme Court fashioned the doctrine into existence, it was enlarged several times over, consistently chipping away at the rights provided in the Civil Rights Act of 1871. State courts adopted the doctrine over the years to accommodate police officers accused of Civil Rights violations “under the color of law.”

‼️BREAKING‼️: @GovofCO has signed #SB217 into law. Colorado becomes one of the first states in the country to END qualified immunity as part of this historic comprehensive police accountability bill. pic.twitter.com/ZHCKRpSaGL

The landmark law itself reads, in relevant part:

A peace officer…employed by a local government who, under color of law, subjects or causes to be subjected, including failing to intervene, any other person to the deprivation of any individual rights that create binding obligations on government actors secured by the bill of rights, Article II of the State Constitution, is liable to the injured party for legal or equitable relief or any other appropriate relief…

qualified immunity is not a defense to liability pursuant to this section.

The legislation provides a state law and state court carve out for deprivation of rights claims–by creating a new state-based cause of action–and does not, by its own terms, purport to upset the federal system of qualified immunity.

“Colorado has passed historic civil rights legislation, which both allows citizens to bring civil rights claims against police officers who violate their rights under the Colorado Constitution, and also clarifies that qualified immunity will not be a defense to any such claims,” he told Law&Crime. “While this law doesn’t affect the availability of qualified immunity in federal cases, it does ensure that Coloradans who are the victims of police misconduct will have a meaningful remedy in state court.”

“This law passed with nearly unanimous support in the Colorado Senate, demonstrating just how much cross-ideological, bipartisan opposition there is to qualified immunity,” Schweikert continued. “Colorado is also the first state to abolish qualified immunity through legislation.”

Editor’s note: this article has been amended post-publication to include a quote from Schweikert.