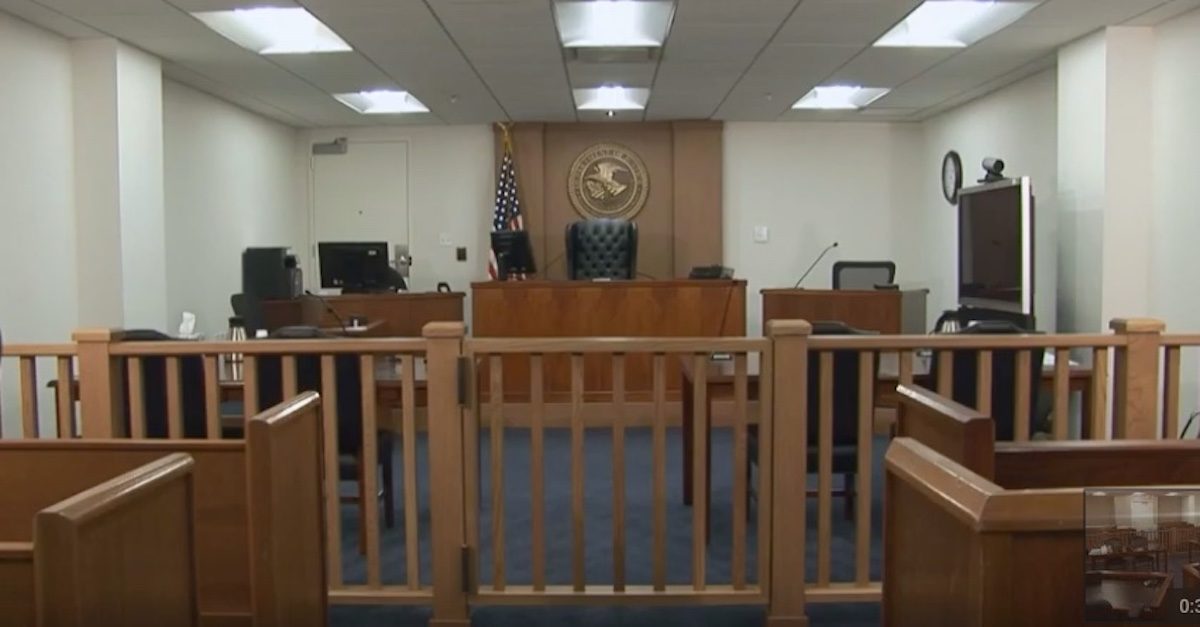 A federal court on Friday found that Mississippi’s vote counting rule is likely unconstitutional, but wouldn’t block it from being enforced.

The plaintiffs in the case are seven African-Americans voters who claimed Mississippi election laws unfairly impair their ability to choose their representatives in state-wide elections.

The provisions currently mandate that candidates for state office receive a majority of the popular vote — known as the “the Popular-Vote Rule” — as well as a plurality of votes in a majority of the state’s voting districts — known as “the Electoral-Vote Rule.” In the case where no candidate satisfies both provisions, the “House-Vote Rule” applies. Under the House-Vote Rule, the House of Representatives shall proceed to choose [the winner] from the two persons who shall have received the highest number of popular votes.

In his 15-page opinion, Chief District Judge Daniel P. Jordan agreed with the plaintiffs’ claims that the Electoral-Vote Rule could have unconstitutional consequences.

“Count II of Plaintiffs’ Amended Complaint arguably presents their strongest claim. In it, they attack [the Electoral-Vote Rule]. Plaintiffs say this rule violates the one-person/one-vote doctrine and is ‘largely indistinguishable from the county-unit system invalidated in Gray v. Sanders,’” he wrote, before concluding, “They’re right.”

Judge Jordan explained the Electoral-Vote Rule, similar to the rule litigated in Gray, weighted votes differently depending on where the voters resided, resulting in a disparity of voting power that “violated the Fourteenth Amendment’s one-person/one-vote doctrine.” He also said that the state’s attempts to distinguish the current case from the facts in Gray were “not compelling.”

The court then performed a balancing test, weighing the possible harms and public interest of leaving the rules in place against issuing a preliminary injunction.

“Individuals in every Mississippi House district will see their votes discarded following the November 2019 election because the Electoral-Vote Rule applies in every statewide contest. This is not merely a seldom utilized tie-breaker. On the other hand, the injury Plaintiffs assert has never altered a statewide election in the 129 years since the Challenged Provisions were adopted,” Jordan wrote.

The court ultimately decided that a preliminary injunction did not need to be issued prior to the election, but left open the possibility to revisit the question depending on the outcome of the election.

“Preliminarily enjoining the Electoral-Vote Rule or the other Challenged Provisions will not impact how or where a single voter exercises the franchise. No ballots need be reprinted, no districts redrawn, and no poll workers re-trained. Instead, an order enjoining the Challenged Provisions would merely change how the votes are counted after the fact,” he wrote. “Absent some impact on the election results, the constitutional injury caused by discarded votes is outweighed by the harm a preliminary injunction would cause when the Court attempts to craft a new method for electing statewide officers on the eve of the election. So too, the public interest would not favor such intervention at this preliminary stage.”