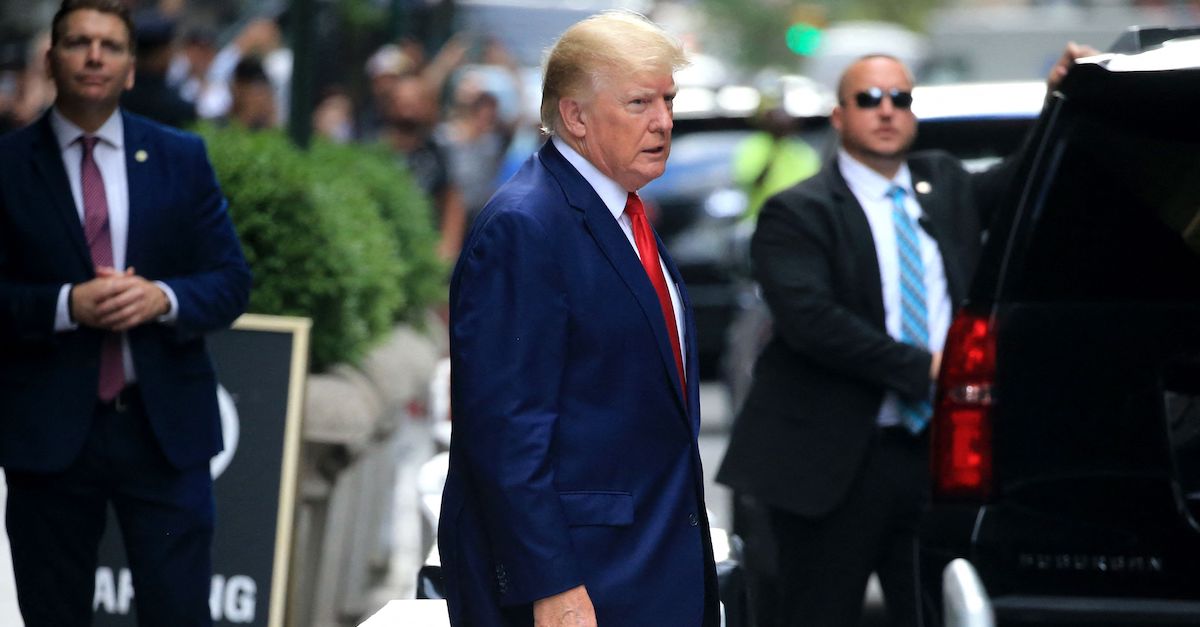 Former US President Donald Trump walks to a vehicle outside of Trump Tower in New York City on Aug. 10, 2022.

The FBI removed 11 sets of classified information from Donald Trump’s Mar-a-Lago home earlier this week, some of them marked “Top Secret,” according to a Wall Street Journal account of the inventory.

Though it is unclear what documents the newspaper reviewed, a property receipt of from the FBI’s search is one of the documents that the government asked a federal judge to unseal.

As the Journal describes the inventory, it included 20 boxes of items, binders of photos, a handwritten note and Trump’s executive grant of clemency to his associate Roger Stone, who was convicted of felonies — including obstruction, witness tampering and false statements — in connection with the Russia investigation.

Trump later pardoned him, after Stone indicated he could have relieved the “enormous pressure” on himself by cooperating with authorities.

The Journal said that the list spans three pages and included information about the “President of France.”

The report marks the most detailed release so far of information the FBI is said to have found on Monday.

On Thursday, Garland announced that he “personally” signed off on the decision to search Trump’s palatial estate in Florida and said the Justice Department would ask a judge to make some of the paperwork associated with that search public.

Those materials do not include the affidavit listing the evidence of probable cause. The Journal reported that Trump does not have a copy of that affidavit.

The files that the Justice Department requested to release include the warrant and its attachments describing property to be searched and items to be seized.

U.S. Magistrate Judge Bruce Reinhart set a deadline of Friday at 3 p.m. Eastern Time for Trump to decide whether to oppose unsealing.

The open records battle was originally brought by the staunchly conservative group Judicial Watch, followed by numerous news organizations — and ballyhooed support by the Justice Department.

“This matter plainly ‘concerns public officials or public concerns,’ […] as it involves a law enforcement action taken at the property of the 45th President of the United States,” the Justice Department wrote. (citation omitted)

“The public’s clear and powerful interest in understanding what occurred under these circumstances weighs heavily in favor of unsealing,” their motion continues. “That said, the former President should have an opportunity to respond to this Motion and lodge objections, including with regards to any ‘legitimate privacy interests’ or the potential for other ‘injury’ if these materials are made public.”

Judge Reinhart ordered the government to serve a copy of its motion to unseal to Trump and convey his position through a certificate of conferral.

Though Trump has publicly claimed that he supports unsealing, his lawyers have not stated their official position in court by press time. Any objections they may or may not have will be conveyed to the court by the government later today.