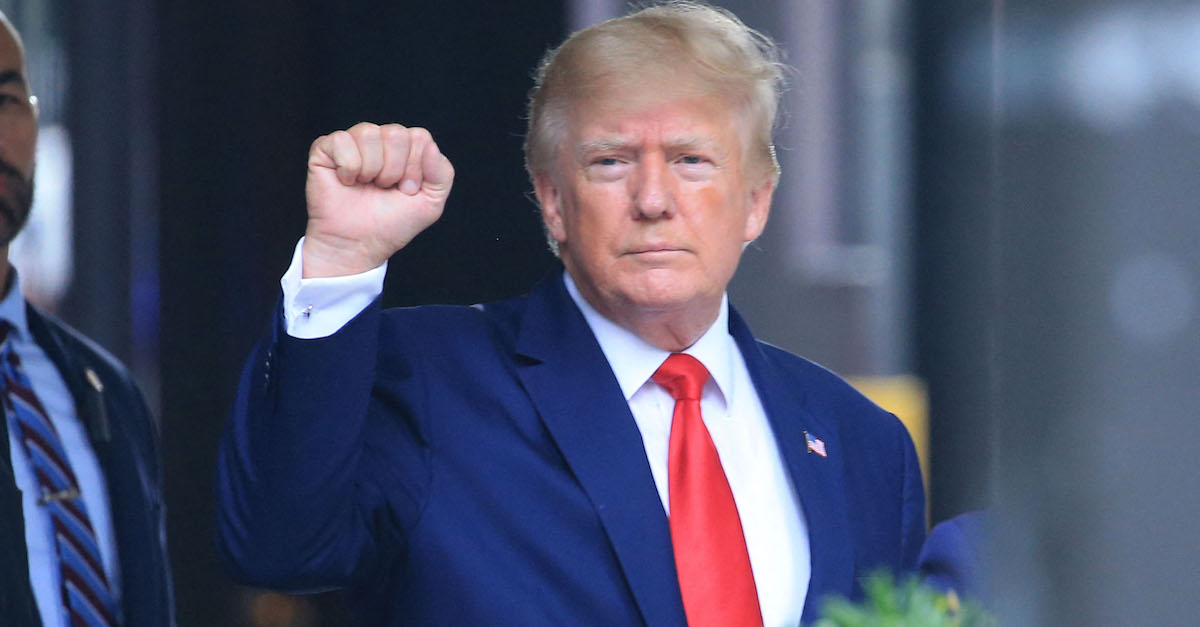 Former US President Donald Trump raises his fist while walking to a vehicle outside of Trump Tower in New York City on August 10, 2022.

Days after the FBI’s search of his Mar-a-Lago home for classified documents, at least some of which reportedly relate to nuclear weapons, former President Donald Trump attempted to shift attention to former President Barack Obama. Trump’s Truth Social posts insinuated that he is being politically targeted and uniquely persecuted unlike his predecessor, but the National Archives rebutted that on Friday in a statement.

The Thursday post from the former president on his own social media platform began by asking: “What happened to the 30 million pages of documents taken from the White House to Chicago by Barack Hussein Obama?”

“He refused to give them back!” Trump claimed, before wondering whether an Obama residence would be raided sometime soon. “What is going on? This act was strongly at odds with NARA. Will they be breaking into Obama’s ‘mansion’ in Martha’s Vineyard?”

How the National Archives Responded

The National Archives or NARA saw fit to respond directly on Friday about what happened to the “30 million pages of unclassified records” (emphasis ours).

The agency said it “assumed exclusive legal and physical custody of Obama Presidential records when President Barack Obama left office in 2017, in accordance with the Presidential Records Act (PRA).”

The statement further said that classified records from the Obama presidency are located in a NARA facility in Washington, D.C., and are not under the 44th president’s control.

“NARA moved approximately 30 million pages of unclassified records to a NARA facility in the Chicago area where they are maintained exclusively by NARA. Additionally, NARA maintains the classified Obama Presidential records in a NARA facility in the Washington, DC, area,” the statement said. “As required by the PRA, former President Obama has no control over where and how NARA stores the Presidential records of his Administration.”

The Trump search warrant was unsealed on Friday afternoon. As legal observers promptly pointed out, the three federal statutes involved do not mention “classified” information.

“None of the statutes in play mention classified information. Two of them could apply to completely unclassified information. The Espionage Act, though, was written during WWI and pre-dated the modern classification regime,” national security lawyer Bradley P. Moss explained. “So, technically, violating 18 U.S.C. § 793 only requires that the information at issue ‘relate to the national defense,’ as opposed to actually being classified under Executive Order.”

“That said,” Moss cautioned, “I am not aware of the government ever prosecuting someone for unauthorized removal or handling of information that relates to the national defense that is not also classified.”

[Image via STRINGER/AFP via Getty Images]