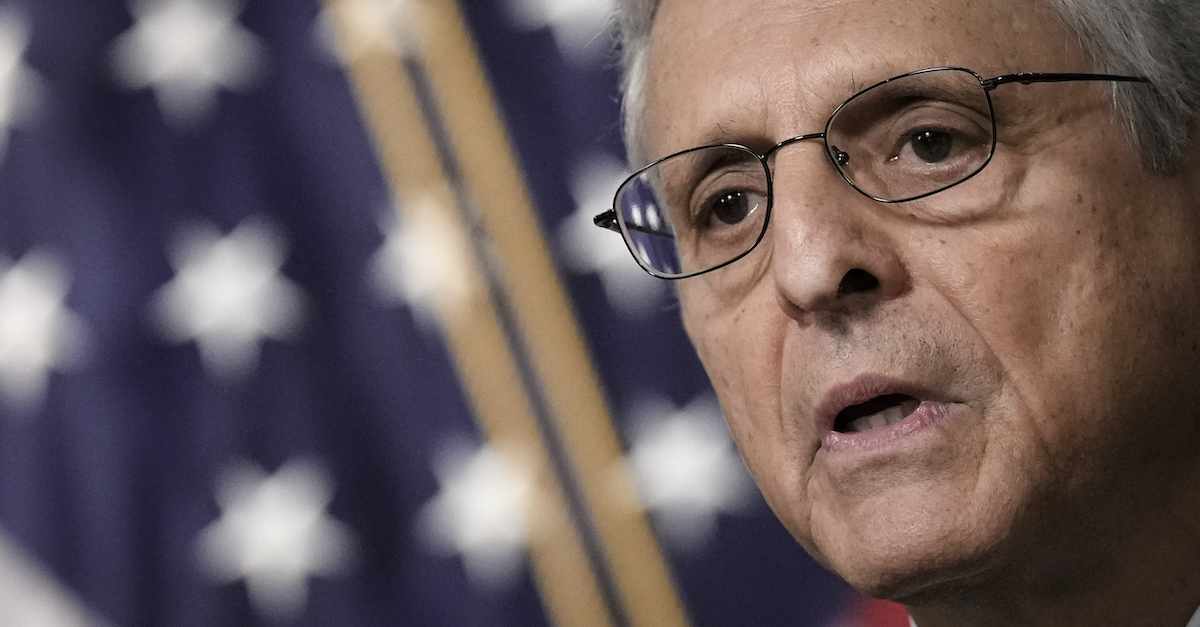 Days after the unprecedented search of a former president’s primary residence, Attorney General Merrick Garland announced that the Justice Department moved to unseal the judicially authorized warrant on Donald Trump’s home and safe at Mar-a-Lago.

“Just now, the Justice Department has filed a motion in the Southern District of Florida to unseal a search warrant and property receipt relating to a court approved search that the FBI conducted earlier this week,” Garland said on Thursday afternoon, adding that the DOJ will “speak through its court filings and its work.”

Originally scheduled for 2:30 p.m. Eastern Time, Garland’s press conference was delayed by more than a half an hour. Then, roughly simultaneously with his remarks, the Justice Department’s filing supporting the unsealing was made public.

“The public’s clear and powerful interest in understanding what occurred under these circumstances weighs heavily in favor of unsealing,” U.S. Attorney Juan Antonio Gonzalez, from the Southern District of Florida, wrote in the motion.

According to the four-page motion, a judge signed and approved of the search warrant on Aug. 5, the Friday before the search was executed. The Justice Department also seeks to reveal the property receipt listing the seized items and filed today with the court. The DOJ only seeks the disclosure of the warrant, the property receipt and attachments describing property to be searched and items to be seized, legal experts say. They are not requesting the affidavit laying out probable cause.

“The former president publicly confirmed the search that evening, as is his right,” the AG said, adding that he “personally” signed off on the decision. That confirmation contradicts anonymously sourced reporting by Newsweek that Garland had no prior knowledge of it.

Though the affidavit supporting that search wasn’t public before the conference, FBI agents reportedly received court authorization to look for classified information believed to be in the former president’s possession and belonging to the U.S. government.

Garland has faced intense scrutiny since Trump said his house was “raided,” as Republicans lined up to accuse the Justice Department — without evidence — of political motivations.

The AG criticized what he called those “unfounded” attacks.

“The men and women of the FBI and the Justice Department are dedicated patriotic public servants,” he said. “Every day, they protect the American people from violent crime, terrorism and other threats to their safety while safeguarding our civil rights. They do so at great personal sacrifice and risk to themselves. I am honored to work alongside them. ”

The Justice Department and the FBI remained tight lipped for three days on the search, and leaks have been scant, save for it relating to classified information and having been authorized by Judge Reinhart.

That judge’s history of bipartisan political donations, to Barack Obama and Jeb Bush, made Reinhart a target of attacks from Trump supporters, and the Southern District of Florida’s website removed the contact information from the judge’s chambers. Those contributions long preceded the judge’s tenure.

Read the motion to unseal here: