‘Holy F***, What Did I Do’: Wisconsin Foundry Worker Accused of Killing Couple, Dog in 1992 in Drunken Rage Over Father’s Snowmobile Death 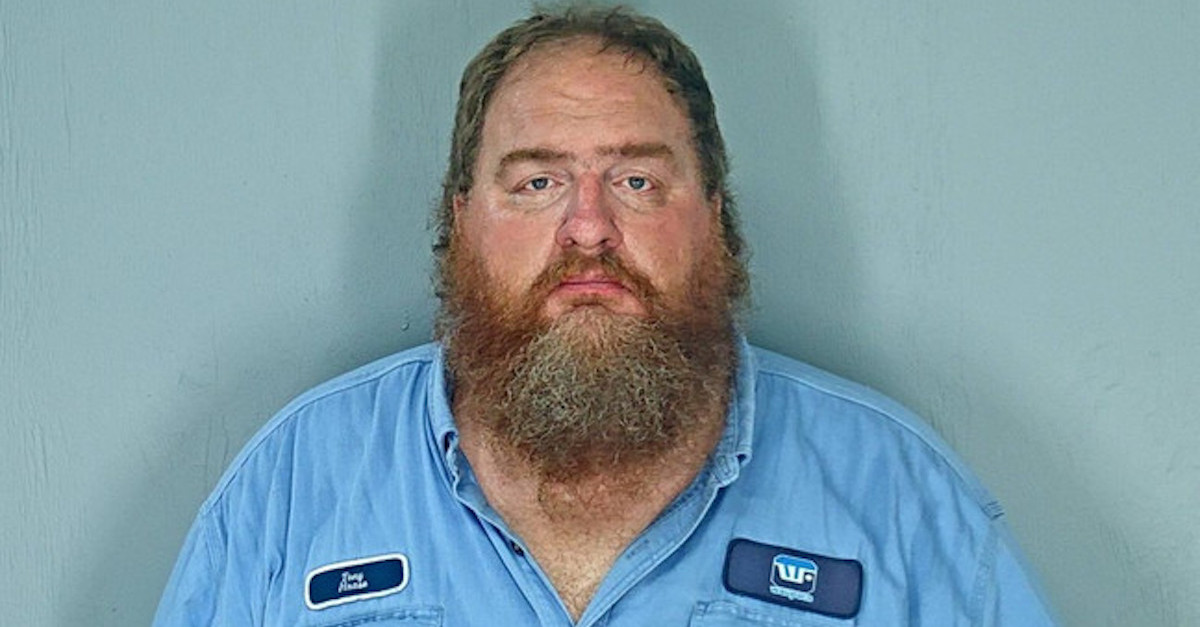 A 51-year-old foundry worker from Wisconsin allegedly confessed to investigators that he feared he killed a couple in 1992 after getting drunk and angry one night about his father’s death in a snowmobile accident 15 years earlier.

The Wisconsin DOJ announced Tony Haase’s arrest on Friday for two counts of first-degree intentional homicide in Waupaca County in the March 21, 1992 stabbing deaths of Timothy W. Mumbrue, 35, and Tanna M. Togstad, 23. Authorities said that the couple’s dog was also found stabbed to death at the scene.

The DOJ credited “[r]ecent DNA testing” for the suspect’s arrest. The criminal complaint specifies that the DNA stems from “[f]oreign bodily fluids […] found on Togstad’s body.”

A break in the case can be traced to a July 6 traffic stop, when a “DNA sample was obtained from Haase,” documents said. Investigators allege testing confirmed weeks later that the DNA sample was “Consistent with the profile previously detected from the bodily fluids recovered from the body of Togstad.”

According to the complaint, investigators confronted Haase on Thursday, Aug. 11. at Waupaca Foundry, where he works.

Haase allegedly acknowledged that his father and Togstad’s father were friends while initially denying involvement in the slayings. Investigators claimed that Haase began to crack soon after that.

The suspect allegedly expressed that “he was afraid he was involved” after seeing news reports in 1992 in the aftermath of the killings.

“Holy fuck, what did I do,” Haase allegedly described his thoughts upon seeing the reports.

Although Haase claimed not to remember the incident beyond “snippets/blurbs,” those memories included a barbell or dumbbell, walking down the front steps at the crime scene, and throwing up in the yard, the complaint said.

Investigators further said that Haase told them he was a child when his father was killed on New Year’s Eve in 1977 in a snowmobile accident. It was then that investigators learned that Tanna Togstad’s father was one of three people racing a snowmobile the day Haase’s father died, documents said.

“Those thoughts led to him going to the home of Tanna Togstad,” the complaint said. “Haase could not articulate why he went there but insisted it was not to hurt anyone. He described himself as being in a drunken stupor that night.”

But authorities allege the killings were intentional and took place following a “scuffle” with Mumbrue.

#BreakingNews: A suspect has been charged with the 1992 murders of Tanna Togstad and Timothy Mumbrue in rural Waupaca County. https://t.co/oiizzr2Y9W pic.twitter.com/HgQwJxBvEN

Haase said he “could not remember if he had brought a knife or if the knife was at the house,” documents said. “During the ‘scuffle’ he and Tim were wrestling while standing up, and he moved his arm in a stabbing motion toward Mumbrue’s chest.”

“Haase remembered Togstad yelling ‘what the fuck’ and that is when he punched her in the face,” the complaint continued.

Investigators believe Haase knocked Togstad out with that punch and stabbed her in the chest when she began to “stir.”

At the end of the complaint, Haase allegedly admitted not telling investigators this information because he “didn’t want it to sound like I had it planned.”

“This arrest happened because of investigators’ unwavering pursuit of justice over the course of three decades,” Wisconsin Attorney General Josh Kaul said in a statement. “Thank you to everyone whose commitment to this investigation made this arrest possible.”

Haase remains in the custody of the Waupaca County Jail.