Ex-Spy Author of the Steele Dossier Will Reportedly Meet with U.S. Investigators 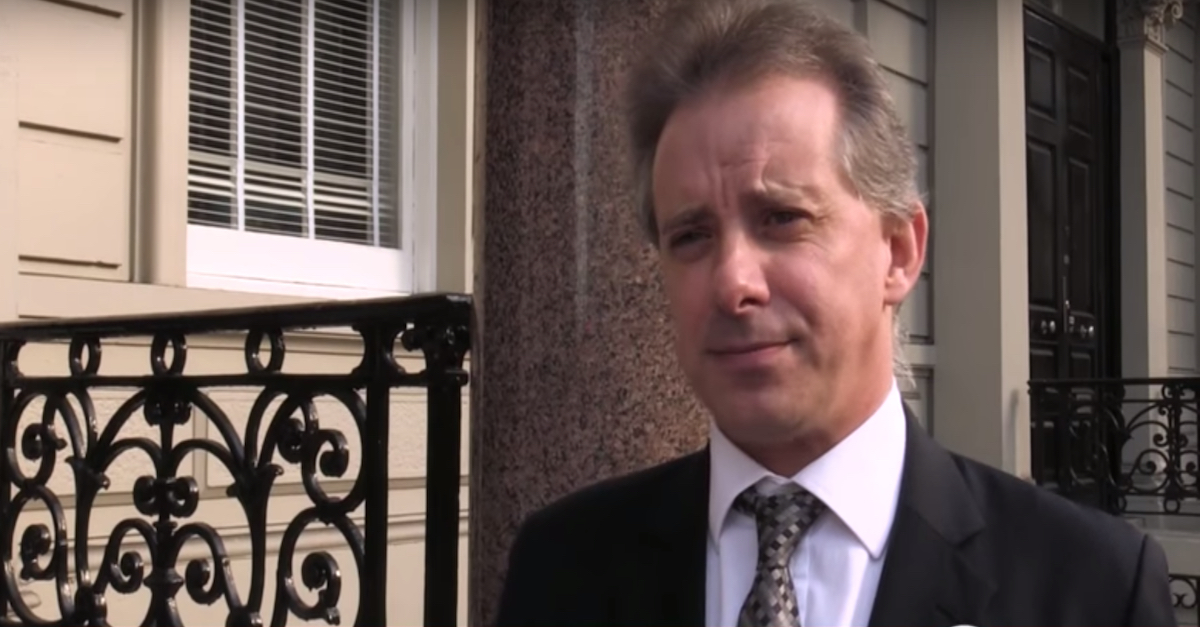 Christopher Steele might soon be facing questions from U.S. investigators about his authorship of the “Steele Dossier.” A source close to Steele told the The Times (UK) that the former British spy will meet with investigators in London within the next few weeks. The report did not say who will be interviewing Steele.

The news quickly made the rounds among conservatives.

The report drops as U.S. Attorney General William Barr is ratcheting up the pressure to investigate the origins of the Russia investigation into the Trump campaign. Barr told Congress in April that he believes that “there was spying” on the campaign as part of campaign of “unauthorized surveillance.”

“I think spying on a political campaign is a big deal,” Barr said. “I am not suggesting that those rules were violated, but I think it’s important to look at them.”

Barr followed up those comments with action: Earlier this month, Barr appointed attorney John H. Durham to investigate this matter. Durham has been tasked with determining whether the “intelligence collections activities” of the investigation were “lawful and appropriate.”

Part of that investigation is likely to look at how the conservative website the Washington Free Beacon, the Clinton campaign and the DNC paid the research firm Fusion GPS. Steele, who was hired by Fusion GPS to conduct the research, sent back memos that became known as the “Steele Dossier.” Part of the Dossier was then used by the DOJ in its FISA surveillance application of Trump campaign foreign policy adviser Carter Page.

Durham, who became the U.S. Attorney in Connecticut in 2018, has a history of being appointed to lead high-profile investigations. Durham was chosen in 1999 by then-Attorney General Janet Reno to spearhead a corruption inquiry into the Boston FBI field office’s treatment of mobster James “Whitey” Bulger.

President George W. Bush‘s Attorney General Michael Mukasey picked Durham to lead the investigation into the treatment of detainees by the CIA and how the interrogation videotapes of suspected terrorist suspects were destroyed.

President Donald Trump has targeted Steele as a way to discredit the basis of any investigation that looked into his campaign’s contacts with Russia.

Wow! FBI made 11 payments to Fake Dossier’s discredited author, Trump hater Christopher Steele. @OANN @JudicialWatch The Witch Hunt has been a total fraud on your President and the American people! It was brought to you by Dirty Cops, Crooked Hillary and the DNC.

Report: Christopher Steele backed up his Democrat & Crooked Hillary paid for Fake & Unverified Dossier with information he got from “send in watchers” of low ratings CNN. This is the info that got us the Witch Hunt!