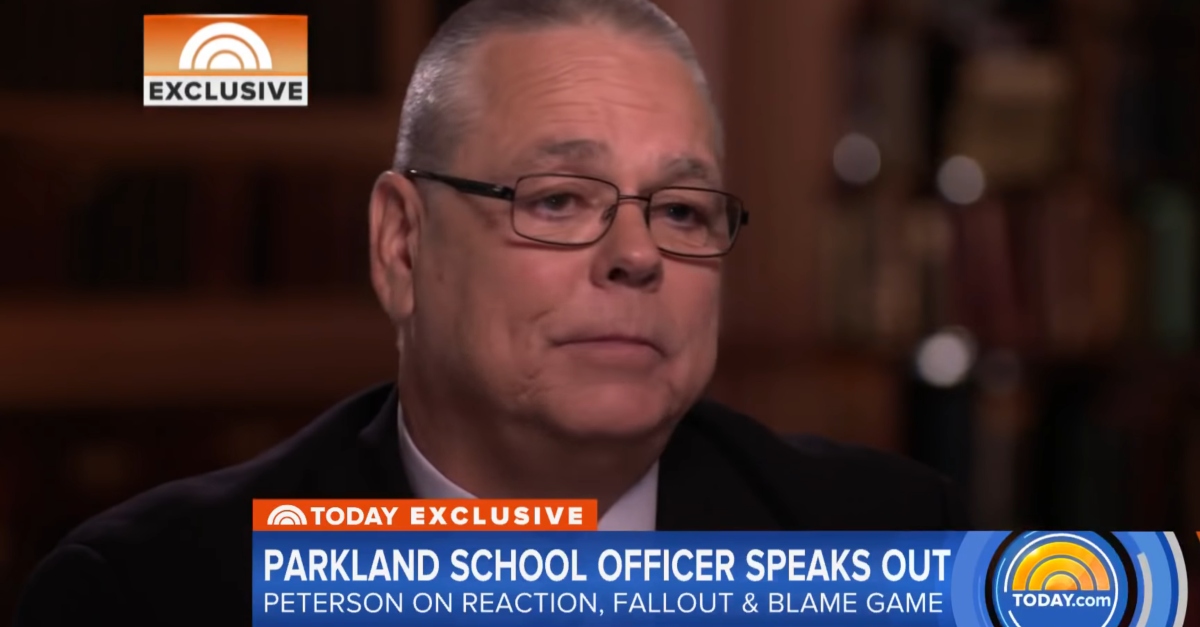 A former Broward County Sheriff’s deputy who was vilified and called a “coward” for staying outside of Marjory Stoneman Douglas High School in Parkland while 17 people were murdered in a mass shooting on Valentine’s Day 2018 now faces charges for his inaction.

The Florida Department of Law Enforcement (FDLE) announced that former school resource officer Scot Peterson, 56, was arrested Tuesday on 11 counts. The charges are: seven counts of neglect of a child, three counts of culpable negligence, and one count of perjury.

This news is the result of a 15-month investigation.

“The FDLE investigation shows former Deputy Peterson did absolutely nothing to mitigate the MSD shooting that killed 17 children, teachers and staff and injured 17 others,” FDLE Commissioner Rick Swearingen said in a press release. “There can be no excuse for his complete inaction and no question that his inaction cost lives.”

“I was pleased the Florida Department of Law Enforcement in conjunction with the State Attorney’s Office conducted a thorough investigation that yielded the arrest of Scot Peterson,” he said. “All the facts related to Mr. Peterson’s failure to act during the MSD massacre clearly warranted both termination of employment and criminal charges. It’s never too late for accountability and justice.”

Peterson previously pushed back during an interview against the idea that he “did nothing” that day.

“How can they keep saying I did nothing?” he asked. “I’m getting on the radio to call in the shooting. I’m locking down the school. I’m clearing kids out of the courtyard. They have the video and the call logs. The evidence is sitting right there.”

Peterson discussed how when he heard the first shots, it was reported as a possible firecracker in the school that rarely sees any serious criminal activity. As Peterson got closer to the building, he realized it may be gunshots, but even then, he said, he wasn’t sure where the shooter was located — inside or outside. So he made sure to clear the area, look for the assailant, and place the school under lockdown. He claims that he only heard a few shots fired.

The FDLE said that Peterson refused to investigate the source of the shots and retreated. As part of the investigation into law enforcement’s response, FDLE interviewed 184 witnesses and wrote 212 investigative reports.