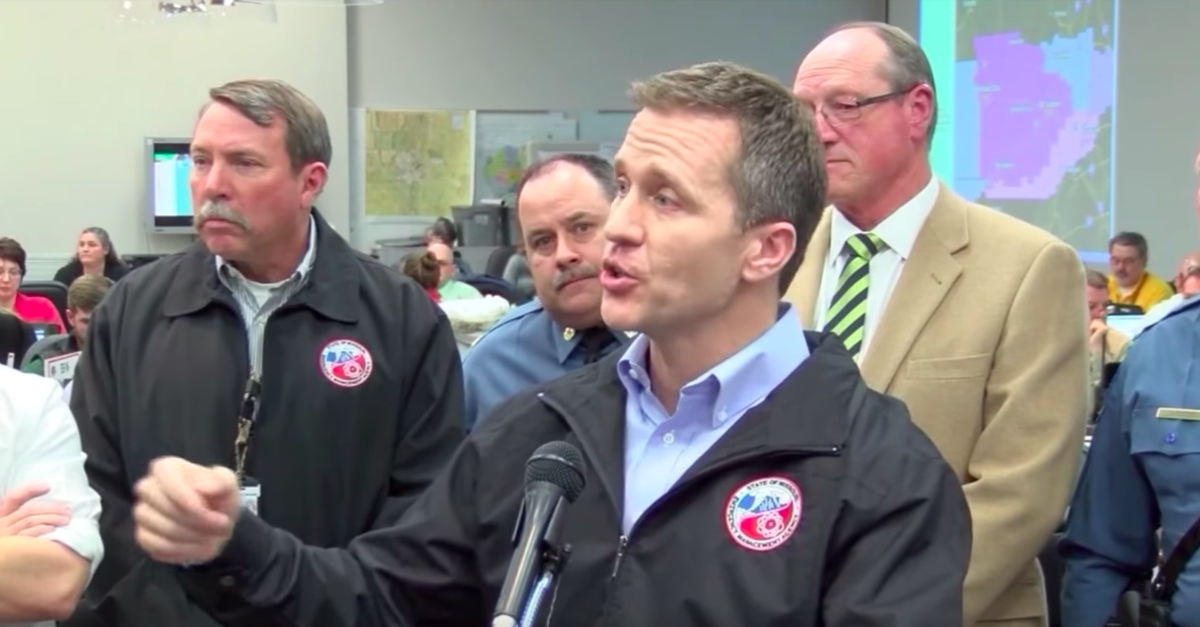 The former FBI agent who investigated Missouri’s former Republican Governor Eric Greitens has been indicted. William Don Tisaby, 66, was indicted on six counts of perjury and one count of tampering with physical evidence, according to the indictment that was filed under seal Friday. Tisaby turned himself in Monday, the same day that the indictment against him was unsealed.

Tisaby was hired last year by St. Louis Circuit Attorney Kimberly Gardner to investigate allegations that, in 2015, Greitens took a compromising photo of a woman and then threatened to share that photo publicly if she exposed their affair. That was a year before Greitens was elected governor. Criminal charges against Greitens were eventually dropped, but the former GOP political heavyweight resigned the governorship in June amid the controversy.

The indictment also claimed that, after hiring him, Gardner failed to correct or report Tisaby’s alleged lies to police and then made a series of false statements to both Greitens’s defense lawyers and a judge in the case.

Tisaby was personally hired by Gardner on the recommendation of another former FBI agent working in her office, according to the St. Louis Post-Dispatch. Gardner hired Tisaby despite a previous allegation that he had lied to FBI internal investigators looking into a bigamy claim.