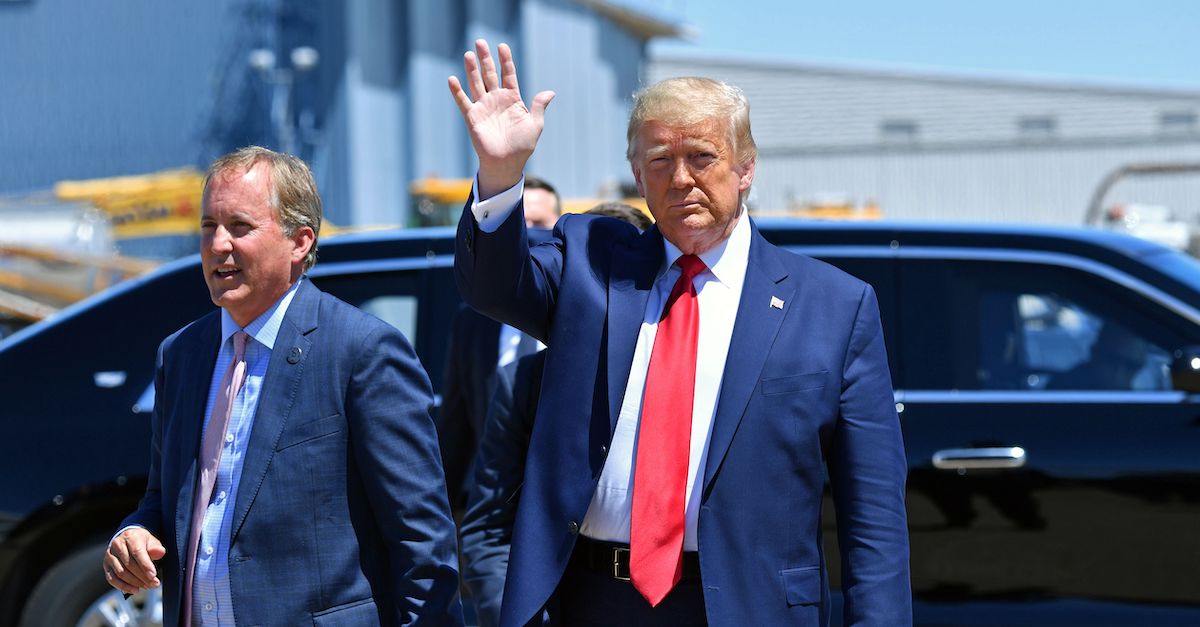 An attorney representing Donald Trump said that prosecutors with the Manhattan District Attorney’s Office indicated to him that they do not currently plan to charge the former president with any crimes in connection with their investigation into allegations of unlawful hush money payments and possible tax fraud, Politico reported Monday.

According to the report, New York-based attorney Ronald Fischetti met with a team from Manhattan D.A. Cy Vance‘s office last week to discuss the possibility of Trump being indicted. Fischetti told Politico that prosecutors said they were “considering bringing charges against the Trump Organization and its individual employees related to alleged failures to pay taxes on corporate benefits and perks.”

“They just said, ‘When this indictment comes down, he won’t be charged. Our investigation is ongoing,’” Fischetti told the outlet.

Fischetti told Politico that when he explicitly asked prosecutors if there were any other charges being considered by Vance’s team, they responded, “no.”

“It’s crazy that that’s all they had,” Fischetti said. “It’s like the Shakespeare play Much Ado About Nothing. This is so small that I can’t believe I’m going to have to try a case like this.”

As previously reported by Law&Crime, the Trump Organization legal team added the 84-year-old Fischetti, a veteran New York City-based criminal defense attorney, in April. A former lawyer for Gene Gotti (brother to Gambino crime family boss John Gotti), Fischetti also provided the team with an intimate knowledge of Mark Pomerantz, the former head of the SDNY Criminal Division who Vance brought on in February as a special assistant district attorney for the Trump probe. Fischetti and Pomerantz were partners at a criminal defense law firm for approximately eight years in the 1980s during which they “worked on dozens of cases together,” according to the The Wall Street Journal.

The investigation into the former president and his personal business dealings, which began as an inquiry into the hush money payments Trump’s former attorney and fixer Michael Cohen paid to adult film star Stormy Daniels ahead of the 2016 election, reportedly broadened “significantly” in recent months. Prosecutors claimed in court documents to have evidence of “possibly extensive and protracted criminal conduct at the Trump Organization.”

Even more recently, investigators with the DA’s office have reportedly turned their attention to Trump Organization CFO Allen Weisselberg, whose relationship with the Trumps dates back nearly half a century.

Fischetti said that prosecutors did not mention anything about allegations made by Cohen or Daniels during the meeting.

Attorney and legal analyst Ross Garber noted on Twitter that Fischetti’s recounting of the meeting with prosecutors may not tell the full story of what’s in store for the former president.

“Seems possible this could come in waves with the first play trying everything possible to squeeze and flip Weisselberg, upon whom a case against Trump could depend,” Garber wrote in response to the Politico article.

Seems possible this could come in waves with the first play trying everything possible to squeeze and flip Weisselberg, upon whom a case against Trump could depend. https://t.co/YcVFLW3Wio

However, former federal prosecutor Ken White, who goes by the Twitter handle “Popehat,” said such charges may be unlikely because it is “super-hard to prove the requisite knowledge and intent” for such crimes.

yeah, DUH, because it’s super-hard to prove the requisite knowledge and intenthttps://t.co/8RuW5V4oNR