Alan Futerfas, a lawyer for the Trump Organization, confirmed to the Journal that Fischetti had been retained earlier this week.

“I am so pleased that Ron has been added to the team,” said Futerfas. “He brings extraordinary experience, a depth of knowledge and wisdom that is invaluable and that we so appreciate.”

Fischetti similarly told the outlet that he was “delighted that I’m going to be on the defense for this.”

The 84-year-old began his career working as an aide for several Democratic officials in the late 1960s. He made an unsuccessful bid for Congress in 1970 running as a “liberal anti-Vietnam War candidate” before settling on a career in law, which began with him “representing organized crime defendants,” according to a 2002 profile in The New York Times.

Outside of the courtroom, Fischetti has also taught trial advocacy at Fordham Law School, Harvard Law School, Cardozo Law School, New York University Law School, and Yale Law School. He is also no stranger to cases with substantial media attention. His interviews with television shows 60 Minutes, 48 Hours, and others remain online courtesy of a YouTube account bearing the name of his law firm. 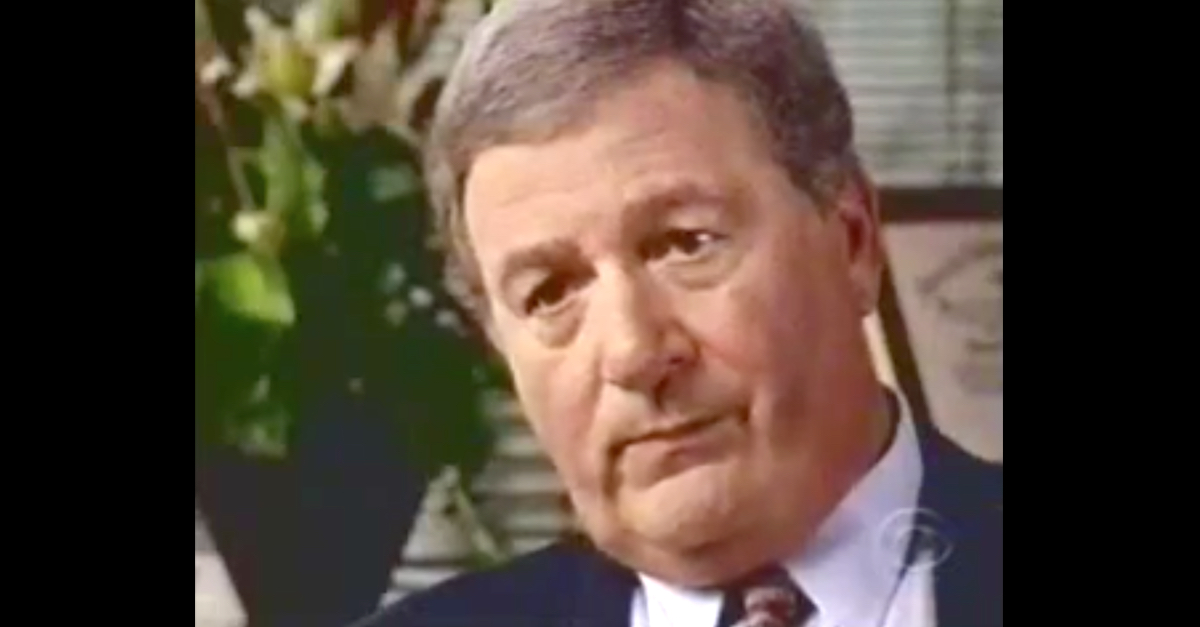 Ronald Fischetti is seen in a “60 Minutes” interview. (Image via 60 Minutes/YouTube.)

Fischetti will not only provide the Trump Organization with decades of criminal defense experience, he will also bring an intimate knowledge of Mark Pomerantz, the former head of the SDNY Criminal Division who Vance brought on in February as a special assistant district attorney for the Trump probe. Fischetti and Pomerantz were partners at a criminal defense law firm for approximately eight years in the 1980s during which they “worked on dozens of cases together,” per the Journal.

“He’s straight as an arrow,” Fischetti said of Pomerantz. “We are both professionals, so there won’t be any problems.”

The investigation into the former president and his personal business dealings, which began as an inquiry into the hush money payments Trump’s former attorney and fixer Michael Cohen paid to adult film star Stormy Daniels ahead of the 2016 election, has broadened “significantly” in recent months. Prosecutors claimed in court documents to have evidence of “possibly extensive and protracted criminal conduct at the Trump Organization.”

Even more recently, investigators with the DA’s office have turned their attention to Trump Organization CFO Allen Weisselberg, whose relationship with the Trumps dates back nearly half a century.