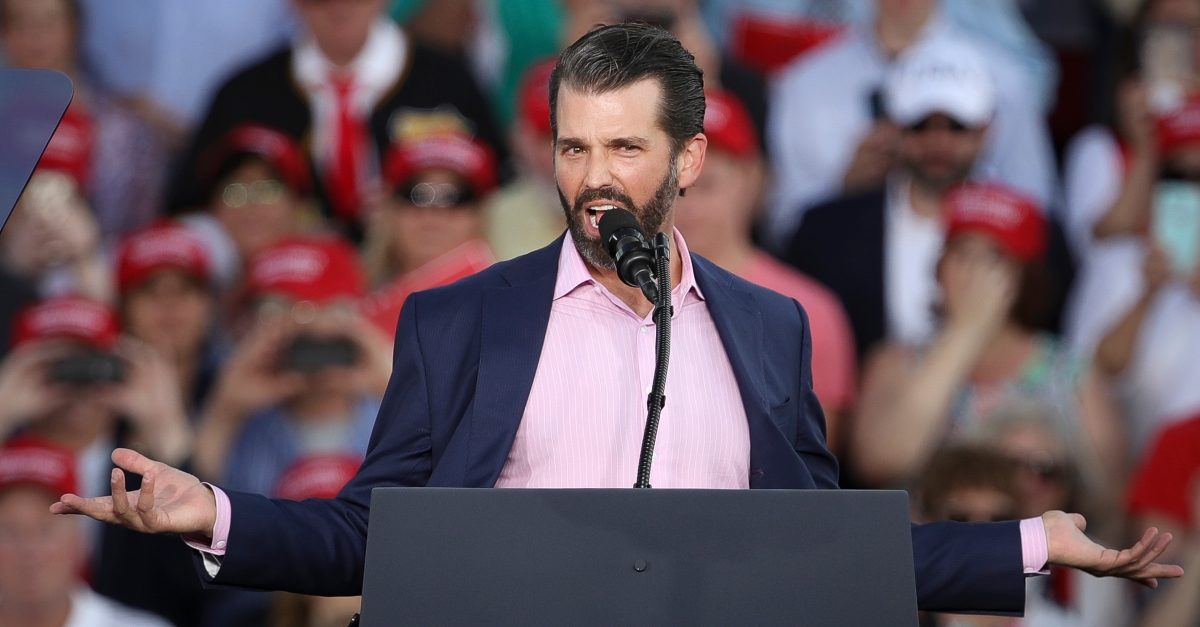 Following Donald Trump Jr.’s trophy hunting trip to Mongolia, where he was able to kill a rare and endangered argali sheep, government watchdog group Citizens for Responsibility and Ethics in Washington (CREW) sued over a Freedom of Information Act (FOIA) request for Secret Service protection costs. The group received documentation showing the trip cost approximately $17,000, but believing the figure to be severely undercounted, CREW filed an appeal for more records. Those records showed that the actual cost of the trip was $76,859.36.

Trump Jr.’s eight-day trip to Central Asia in August 2019 had already been a source of controversy as it appeared he received particularly special treatment from the foreign government. According to a ProPublica report from Dec. 2019, the president’s eldest son and grandson embarked on the trip and killed the argali sheep without obtaining a permit from the Mongolian government. However, Trump Jr. was retroactively awarded the “coveted and rare” permit – one of only three permits issued in the region – after killing the animal and days before he met privately with the Mongolian president in Ulaanbaatar.

The ProPublica report also revealed that Trump Jr. was joined on his trip by major Republican donor Kevin Small, the CEO of an American oil and gas company.

“Campaign finance records show Small increased his political donations to Republicans in the months ahead of the trip,” the report stated. “In March, he gave $50,000 to the Take Back the House 2020 joint fundraising committee, an additional $35,500 to the National Republican Congressional Committee, and $10,600 to a super PAC supporting House Republican candidates and the campaign fund for Rep. Kevin McCarthy, the minority leader.”

CREW has noted that President Donald Trump and his family – all of whom are entitled to Secret Service protection – have taken far more trips, at far greater cost, than President Barack Obama and his family.

The president’s other adult son, Eric Trump, has also put a great deal of pressure on the Secret Service’s travel budget. As previously reported by Law&Crime, the Secret Service has spent at least $178,616 in taxpayer funds to protect Eric during multiple trips the Trump Organization’s development in Uruguay.