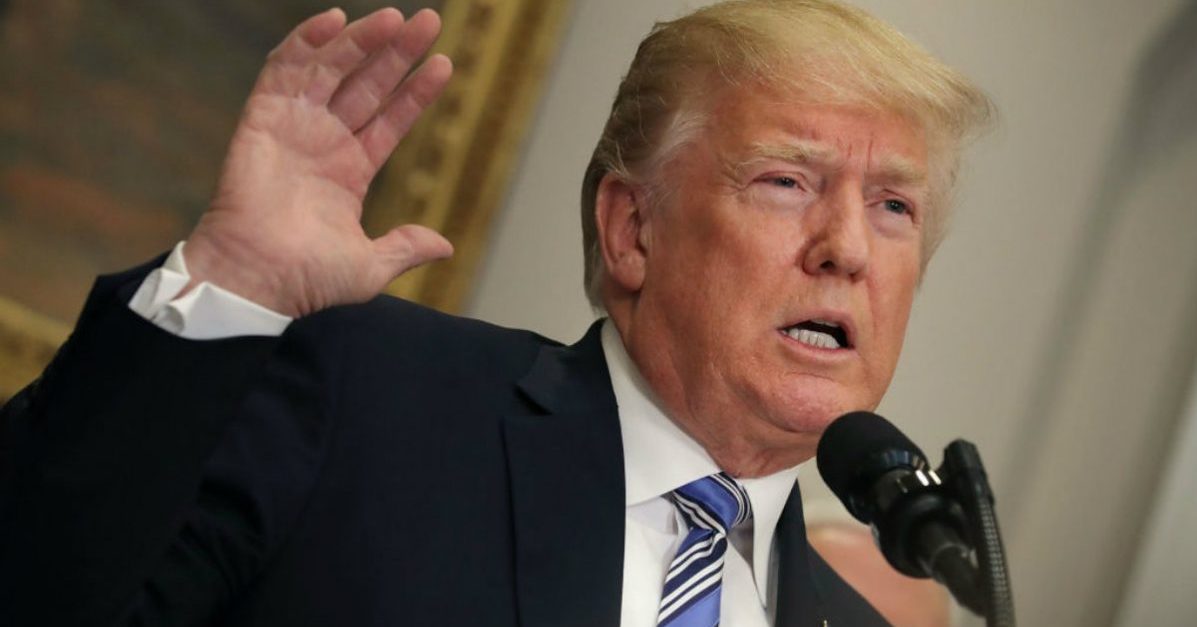 Attorneys from the Trump administration appearing before the U.S. Court of Appeals for the District of Columbia Circuit on Tuesday argued that federal courts should never resolve disputes between the legislative and executive branches in case centering on the constitutionality of President Donald Trump’s border wall. The argument was not well received by the trio of federal judges, all of whom pressed a Justice Department attorney on how the position could be reconciled with the separation of powers doctrine.

The House of Representatives filed a lawsuit against the Trump administration, alleging that the president’s emergency declaration–which diverted nearly $7 billion in funds already appropriated by Congress to pay for The Wall–violated the Appropriations Clause of the U.S. Constitution.

Justice Department attorney Michael Raab began his argument by asserting that a single chamber of a bicameral legislature lacks the proper standing that would belong to the legislature as a whole, but moments later asserted that even a unified legislative branch lacked the standing to sue the executive branch.

“So, the government’s position is – and this is hypothetical to be crystal clear – that if the president said, ‘I’m taking a $1 billion out of the Medicare trust fund to build a wall or do whatever else some president wanted to do because Congress is authorizing nothing,’ nobody can stop him?” she asked.

“Can Congress, the House and Senate together, sue [the executive branch]?” she asked again.

Raab responded that the DOJ did not believe federal courts should have any role in adjudicating conflicts between the legislative and executive branches–an argument that did not go over well with the Court.

“We don’t think that in light of the core reasoning in Raines v. Byrd, that these kind of interbranch disputes belong in federal court,” Raab responded. (In Raines, the Supreme Court held that an individual congressman lacked proper standing to challenge the constitutionality of an executive branch action.)

Presented with several other hypothetical scenarios regarding interbranch conflicts, Raab concluded that the executive and legislative branches can never sue one another in federal court.

“So courts have to sit back and watch the separation of powers between the two branches collapse and say, ‘Nothing we can do about it?’” an incredulous Millett asked. “‘I guess, Congress, you have to try and shut everything down, but the president will just ignore that and tell his treasury to keep printing money.’”

The entire panel seemed skeptical of Raab’s arguments, with U.S. Circuit Judge David Sentelle interjecting at several points to rebuke him for equivocating and interrupting the judges.

“I want a yes or no answer,” Sentelle said. “You seem to like to talk while the judges are talking.”

House General Counsel Douglas Letter conceded that federal courts should be careful about stepping into interbranch conflicts, but argued that the president’s attempt to undermine Congress’s authority to allocate how federal funds are to be spent presented extraordinary circumstances requiring judicial intervention.

Letter argued that after the president had exhausted all available political means by which to attain funding for the border wall, he simply overrode the will of the legislature–in violation of the Appropriations Clause–by diverting funds congressionally-allocated for different purposes. Letter also quoted one president Trump’s latest pick for the Supreme Court:

The Appropriations Clause was put into the Constitution by the framers as perhaps the most important check on the power of another branch. As Judge [Brett] Kavanaugh wrote for this court in the Department of the Navy case, “No money can be spent without an appropriation for that purpose.”