Trump Confirms Blagojevich Commutation Was About Undoing ‘Another Comey and Gang Deal!’ 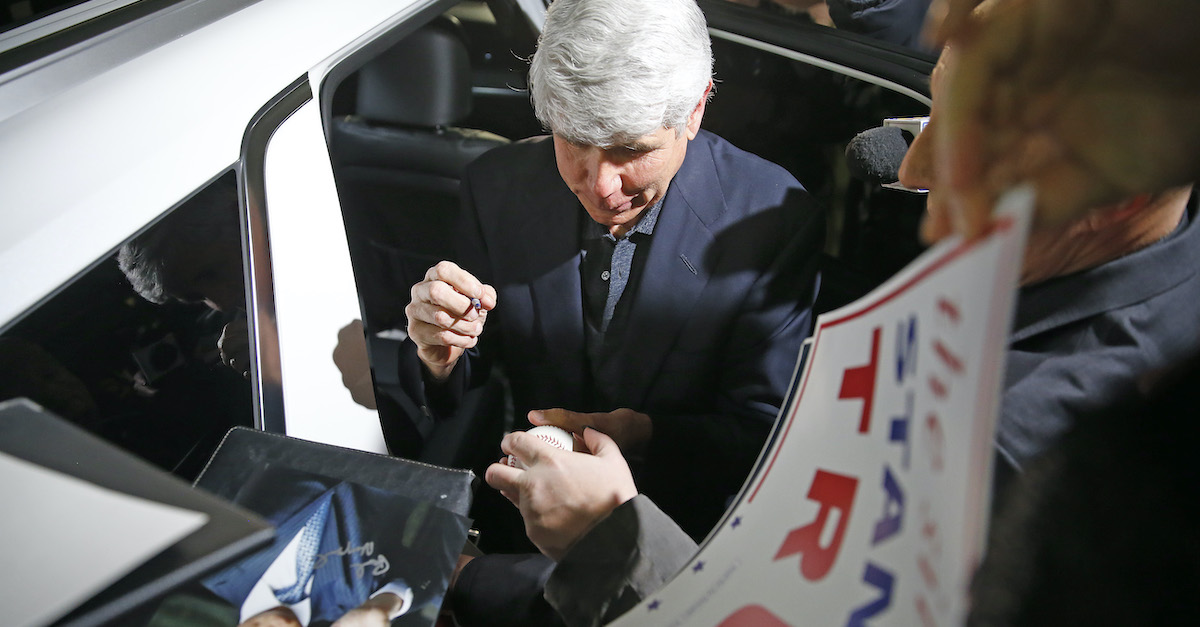 President Donald Trump had already indicated that the James Comey–Patrick Fitzgerald connection played a role in the decision to commute the rest of Rod Blagojevich’s prison sentence, but Trump cemented that with a Wednesday afternoon tweet praising a Fox News contributor for “getting” what’s really going on here.

Rod Blagojevich did not sell the Senate seat. He served 8 years in prison, with many remaining. He paid a big price. Another Comey and gang deal! Thank you to @LisaMarieBoothe who really “gets” what’s going on! @FoxNews

Trump noted that former Celebrity Apprentice contestant Blagojevich was ultimately unsuccessful in his scheme to sell the then- vacant Barack Obama Senate seat, stating that the unfair price Blagojevich had to pay after getting caught was due to “Another Comey and gang deal!”

“Rod Blagojevich did not sell the Senate seat. He served 8 years in prison, with many remaining. He paid a big price. Another Comey and gang deal!” Trump tweeted before thanking Lisa Marie Boothe–“who really ‘gets’ what’s on!”

As Law&Crime noted earlier on Wednesday, Blagojevich is now the third person who was prosecuted by Comey’s friend Patrick Fitzgerald to receive clemency from President Trump. We suggested this pattern is no coincidence.

Trump said on Tuesday that the Blagojevich sentence was “ridiculous,” blaming Comey and “Fitzpatrick” for the disgraced (and impeached) former Illinois governor’s fate.

JUST IN: Pres. Trump says he has commuted former Illinois Gov. Rod Blagojevich's sentence, calling it a "tremendously powerful, ridiculous sentence," and claiming "it was a prosecution by the same people, Comey, Fitzpatrick, the same group." https://t.co/9oQG09bxZA pic.twitter.com/KnBmMrJsEl

When Blagojevich emerged from behind bars, he declared himself a “Trumpocrat.”

Rod Blagojevich: "He's [Pres. Trump] got a obviously a big fan in me. If you're asking what my party affiliation is… I'm a Trumpocrat." pic.twitter.com/ztVuNuCQYq