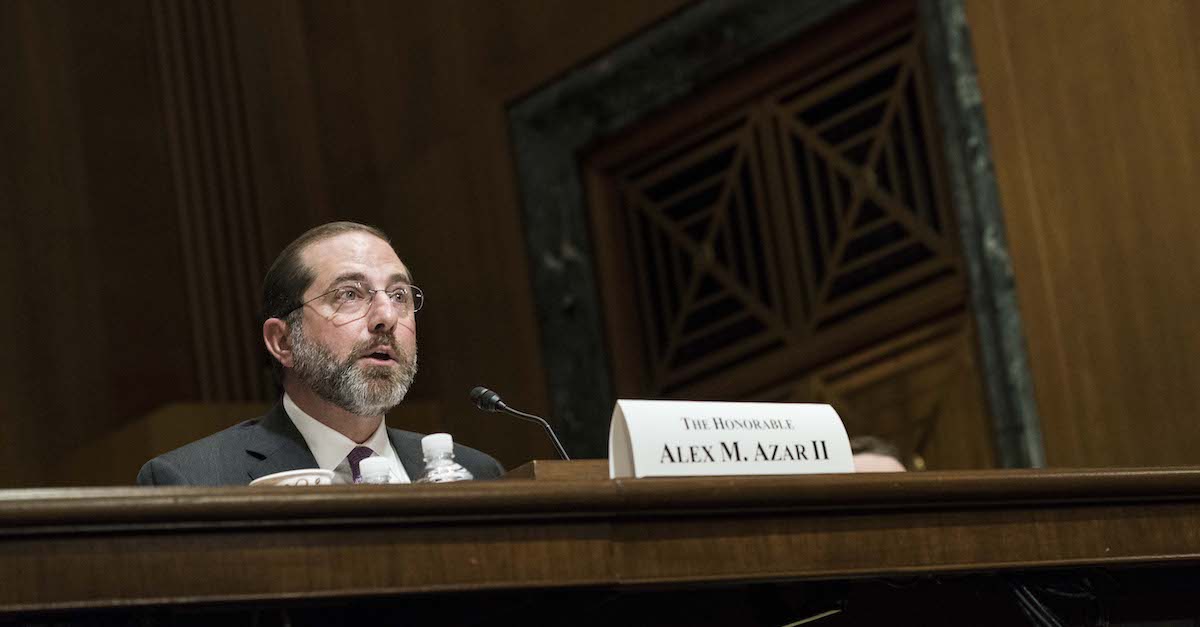 The U.S. Court of Appeals for the District of Columbia Circuit agreed with a lower court on Friday that the Department of Health and Human Services (HHS) unlawfully approved Arkansas Works, a program that “required beneficiaries aged 19 to 49 to ‘work or engage in specified educational, job training, or job search activities for at least 80 hours per month’ and to document such activities” in order to receive Medicaid coverage.

Sentelle reasoned that HHS Secretary Alex Azar’s approval of the program was “arbitrary and capricious,” and so said approval was vacated.

The judge said that “statute and the case law demonstrate that the primary objective of Medicaid is to provide access to medical care,” but that the Trump administration–and Azar, in particular–failed to account for a loss of coverage when approving the program. According to the opinion of the Court, thousands of people were adversely affected by a project that caused “significant coverage loss” (some citations removed):

A critical issue in this case is the Secretary’s failure to account for loss of coverage, which is a matter of importance under the statute. The record shows that the Arkansas Works amendments resulted in significant coverage loss. In Arkansas, more than 18,000 people (about 25% of those subject to the work requirement) lost coverage as a result of the project in just five months. Additionally, commenters on the Arkansas Works amendments detailed the potential for substantial coverage loss supported by research evidence.  The Secretary’s analysis considered only whether the demonstrations would increase healthy outcomes and promote engagement with the beneficiary’s health care. The Secretary noted that some commenters were concerned that “these requirements would be burdensome on families or create barriers to coverage.” But he explained that Arkansas would have “outreach and education on how to comply with the new community engagement requirements” and that Centers for Medicare and Medicaid Services could discontinue the program if data showed that it was no longer in the public interest. The Secretary also concluded that the “overall health benefits to the [a]ffected population . . . outweigh the health-risks with respect to those who fail to” comply with the new requirements. While Arkansas did not have its own estimate of potential coverage loss, the estimates and concerns raised in the comments were enough to alert the Secretary that coverage loss was an important aspect of the problem. Failure to consider whether the project will result in coverage loss is arbitrary and capricious.

The Court said that Secretary Azar did not adequately address concerns.

“In total, the Secretary’s analysis of the substantial and important problem is to note the concerns of others and dismiss those concerns in a handful of conclusory sentences,” Sentelle wrote. “Nodding to concerns raised by commenters only to dismiss them in a conclusory manner is not a hallmark of reasoned decision-making.”

This case may ultimately end up at the Supreme Court.