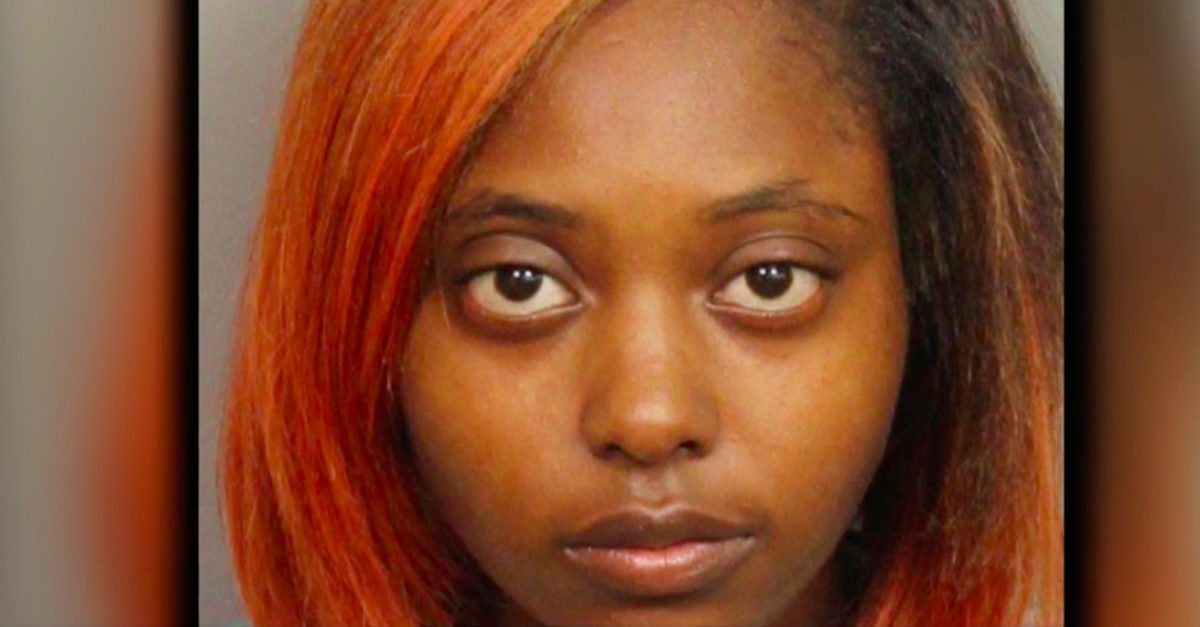 Jefferson County Bessemer Cutoff District Attorney Lynniece Washington announced Wednesday that her office is dismissing the case against Marshae Jones, saying that no legal action will be pursued.

As previously reported by Law&Crime, a grand jury indicted Jones, 27, on one count of felony manslaughter in May, deciding that the expectant mother had “intentionally caused the death” of her unborn child by “initiating” a fight in December 2018.

Jones was five months pregnant when local law enforcement officials say she initiated a fight with a woman named Ebony Jemison. During the altercation, Jemison shot Jones, resulting in the loss of Jones’ fetus. Jones was allegedly the aggressor in the fight between the two and, according to authorities, continued to instigate a confrontation even after Jemison had gotten into her car to avoid the dispute. It was only after attempting to leave the situation that Jemison got a gun and shot Jones, police said. Police initially charged Jemison in the death of Jones’ unborn child, but the grand jury found that Jemison acted in self-defense, deciding that Jones was responsible for the loss of the fetus.

Washington, who was flanked by religious and spiritual leaders while reading her statement, said that the tragic facts of the case led her to believe that pursuing charges against Jones was not in the best interest of justice.

“As I have previously stated, this is truly a disturbing and heart-breaking case. An unborn child was tragically lost and families on both sides of this matter have suffered,” Washington said. “Nothing we do today or in the future will change that reality. The issue before us is whether it’s appropriate to try to hold someone legally culpable for the actions that led to the death of the unborn child. There are no winners, only losers, in this sad ordeal.”

“The District Attorney’s decision will help Marshae continue to heal from this tragic event and work to rebuild her life in a positive and productive way. She moves forward with enormous gratitude for the support she and her family have received during this challenging time,” read the statement from White, Arnold & Dowd. “With the dismissal of charges, the community of support that surrounded Marshae can now channel its immense passion and energy toward ensuring that what happened to Marshae won’t ever happen again.”

Jones’ lawyers filed a motion with the court on Monday to dismiss her case, arguing that charge made “no rational sense” under Alabama law.