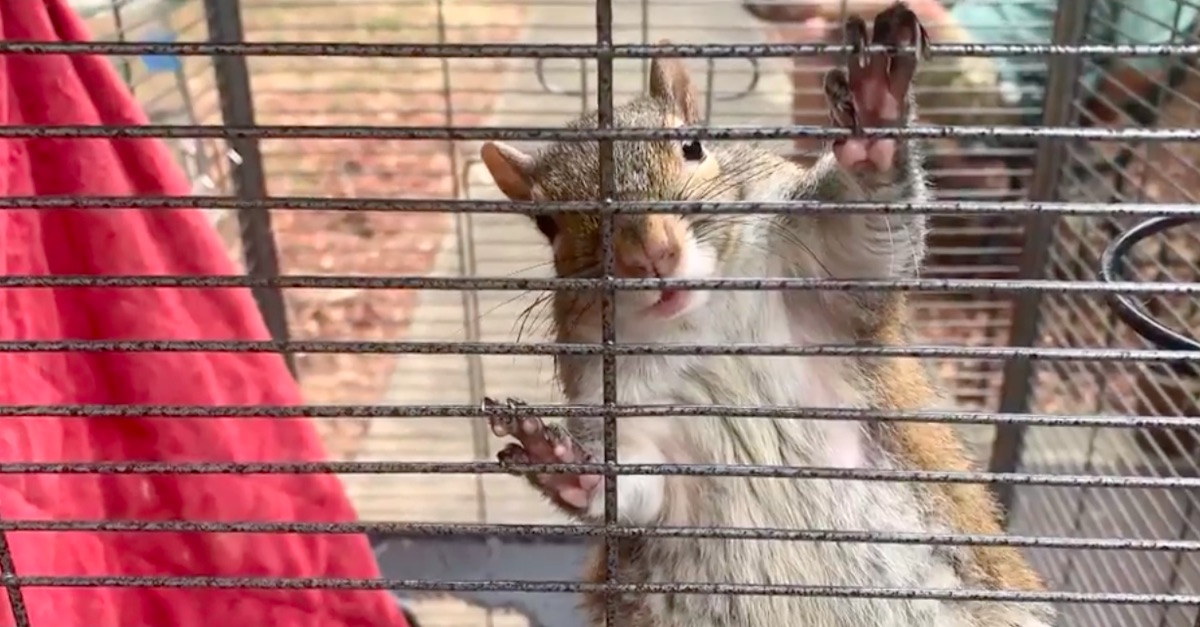 Take a look at Deeznutz.

When an Alabama man was arrested last week on a drug-related case, he wasn’t charged on account of allegedly possessing a “meth-fueled attack squirrel.” That has changed somewhat. Mickey Joel Paulk, 35, is now being charged with illegal possession of wildlife, according to The Associated Press.

The squirrel’s reported name is Deeznutz. Authorities previously said they could not test Deeznutz for meth without risking the animal’s health. Paulk has denied that Deeznutz was on meth.

“The public isn’t in danger from the methed-out squirrel in the neighborhood,” he said in a video posted to Facebook, according to NBC. “He’s not on meth, I’m pretty sure. Better not find out he’s on meth anyway. I don’t think he likes that shit.”

Deeznutz is not to be confused with 15-year-old Iowa boy who posed as a presidential candidate under the name “Deez Nuts.”

BREAKING: Mickey Paulk has been arrested. LCSO narcotics investigators were conducting surveillance at America’s Best Value Inn in Killen, AL when Paulk left on a stolen motorcycle. After a brief pursuit, Paulk rammed an investigator vehicle and was arrested. pic.twitter.com/3E3N0SsXU5

Paulk is being booked into the Lauderdale Co Jail where he has additional charges of att to elude, criminal mischief, and felon in possession of a pistol (he had a .45 in his waistband). https://t.co/i5uQ77mBxs

Authorities said they released Deeznutz into the wild. The long-term health of the squirrel remains unclear.