Brace Yourselves for a Tweetstorm: Gen. Mattis Says Trump Has Made a ‘Mockery of Our Constitution’ 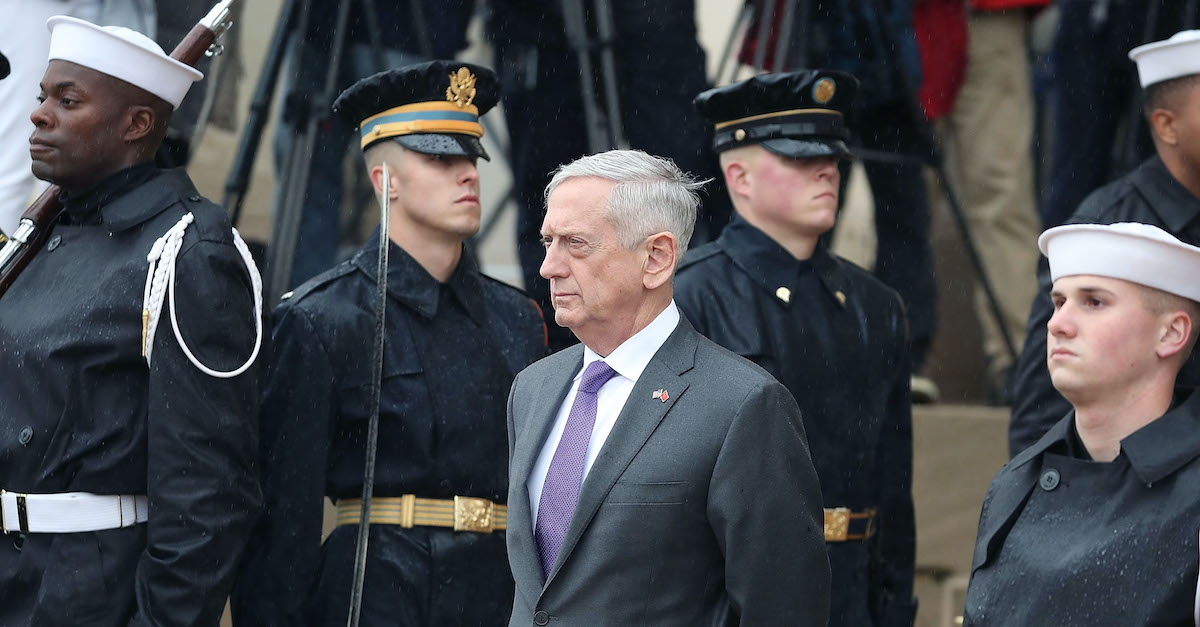 President Donald Trump’s former Secretary of Defense, the retired Marine Corps General James Mattis, wrote a lengthy statement that was published in The Atlantic on Wednesday as a response to what unfolded outside of the White House on Monday. Mattis, whose resignation letter in Dec. 2018 “spoke volumes” to some for what it did not say, wrote that he never thought he’d see the day where American troops would be ordered to violate the constitutional rights of fellow Americans.

Mattis slammed Trump, current Secretary of Defense Mark Esper, and Chairman of the Joint Chiefs of Staff Gen. Mark A. Milley for participating in a march from the White House to St. John’s Church for a “photo op” with the Bible—which happened after military police and mounted police cleared out protestors who had gathered en masse in Lafayette Square.

“When I joined the military, some 50 years ago, I swore an oath to support and defend the Constitution. Never did I dream that troops taking that same oath would be ordered under any circumstance to violate the Constitutional rights of their fellow citizens—much less to provide a bizarre photo op for the elected commander-in-chief, with military leadership standing alongside,” Mattis wrote, before jabbing at Esper’s “battlespace” remark and condemning President Trump’s threat to invoke the Insurrection Act absent a request from state governors.

“We must reject any thinking of our cities as a ‘battlespace’ that our uniformed military is called upon to ‘dominate, At home, we should use our military only when requested to do so, on very rare occasions, by state governors. Militarizing our response, as we witnessed in Washington, D.C., sets up a conflict—a false conflict—between the military and civilian society,” Mattis said.

In a remarkable appeal to history, Mattis said that American troops were reminded before D-Day that the “Nazi slogan for destroying us…was ‘Divide and Conquer.’ Our American answer is ‘In Union there is Strength.’”

Mattis said that President Trump is deliberately trying to divide the country and has made a “mockery of our Constitution.”

“We know that we are better than the abuse of executive authority that we witnessed in Lafayette Park. We must reject and hold accountable those in office who would make a mockery of our Constitution,” he said, concluding that America is no longer admired at home or abroad.