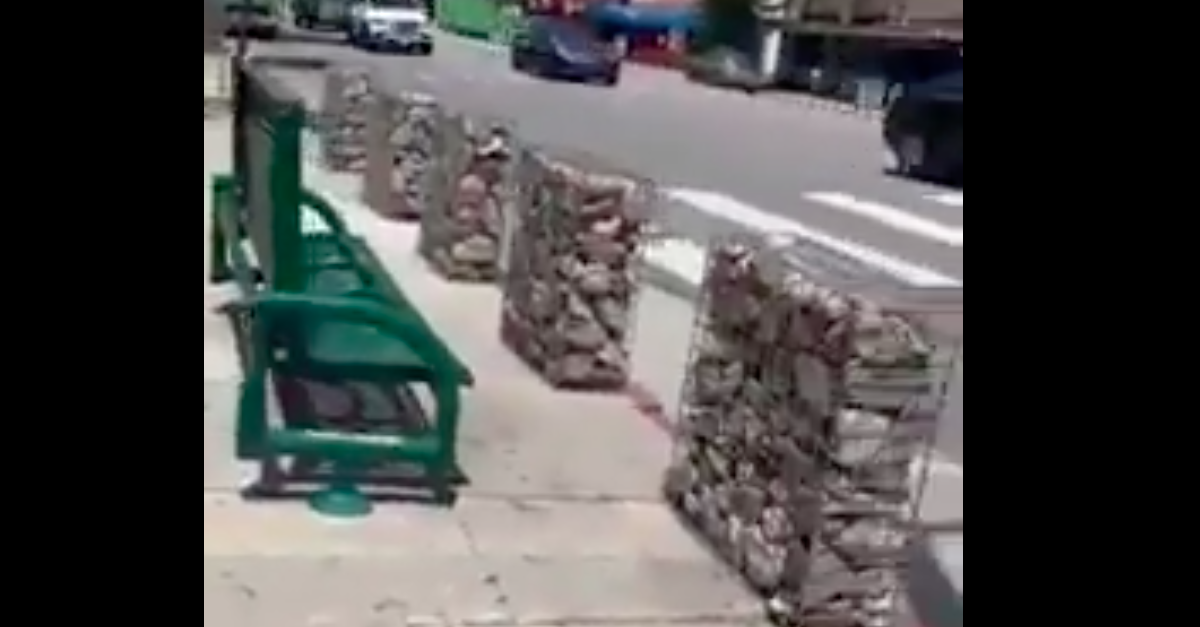 The White House on Wednesday tweeted a video purporting to show that “Antifa and professional anarchists” had exacerbated riots by placing bricks and other weapons in strategic locations as part of a coordinated effort to further incite violence. But the video, which was posted to the White House’s official Twitter and Facebook pages, was deleted a few hours later after users on both platforms pointed out that at least one of the clips used in the video was nothing more than a synagogue’s security barrier that had already been removed.

“Antifa and professional anarchists are invading our communities, staging bricks and weapons to instigate violence,” the White House wrote in the since-deleted tweet. “These are acts of domestic terror. The victims are the peaceful protestors, the residents of these communities, and the brave law enforcement standing watch.”

The accompanying video showed numerous clips of brick piles found in several cities throughout the United States and one of which showed a year-old anti-ramming rock barrier used by a California synagogue which had been removed days earlier.

In fact, the Chabad of Sherman Oaks had also debunked the conspiracy theory as recently as Monday on its own Facebook page.

“To all our concerned neighbors and friends, there were false pictures and videos going around today, claiming some bricks or rocks were placed at our center,” Chabad of Sherman Oaks wrote. “Here is the truth: THESE ARE SECURITY BARRIERS and have been here for almost a year! Nevertheless to alleviate peoples concern that they may be vandalized and used by rioters, they were temporarily removed (as can be seen in this picture).”

To all our concerned neighbors and friends, there were false pictures and videos going around today, claiming some…

The White House is falsely claiming that the anti-ramming security barriers outside the Chabad Jewish community centre in Sherman Oaks are actually weapons placed by "Antifa and professional anarchists". pic.twitter.com/y6J7Ta0jYI

BuzzFeed reporter Craig Silverman broke down several other claims about coordinated brick placement, all of which have been debunked, though he noted that with the amplification of the strategy, particularly by the White House, “it’s possible that people could be inspired to start collecting and placing bricks.”