After California attorney Michael Avenatti pleaded not guilty in his home state to all charges against him on Monday, he lashed out on Twitter at a  “parody” account that pictures his ex-girlfriend, actress Mareli Miniutti.

Miniutti was the woman who accused Avenatti of abusing her months back, as the parody account was quick to note.

“I sent my creepy ex-boyfriend to jail for D.V. I hope he learned his lesson 🤞🏻 ❤️Love Your Animals ❤️ 🐈🦏🐶 parody KAG,” it says. The acronym “KAG” stands for “Keep America Great,” for what it’s worth. At the top of “M.M.’s” profile is an image of Avenatti with mouth agape. The word “SCUMBAG!!!” runs diagonally across his face. 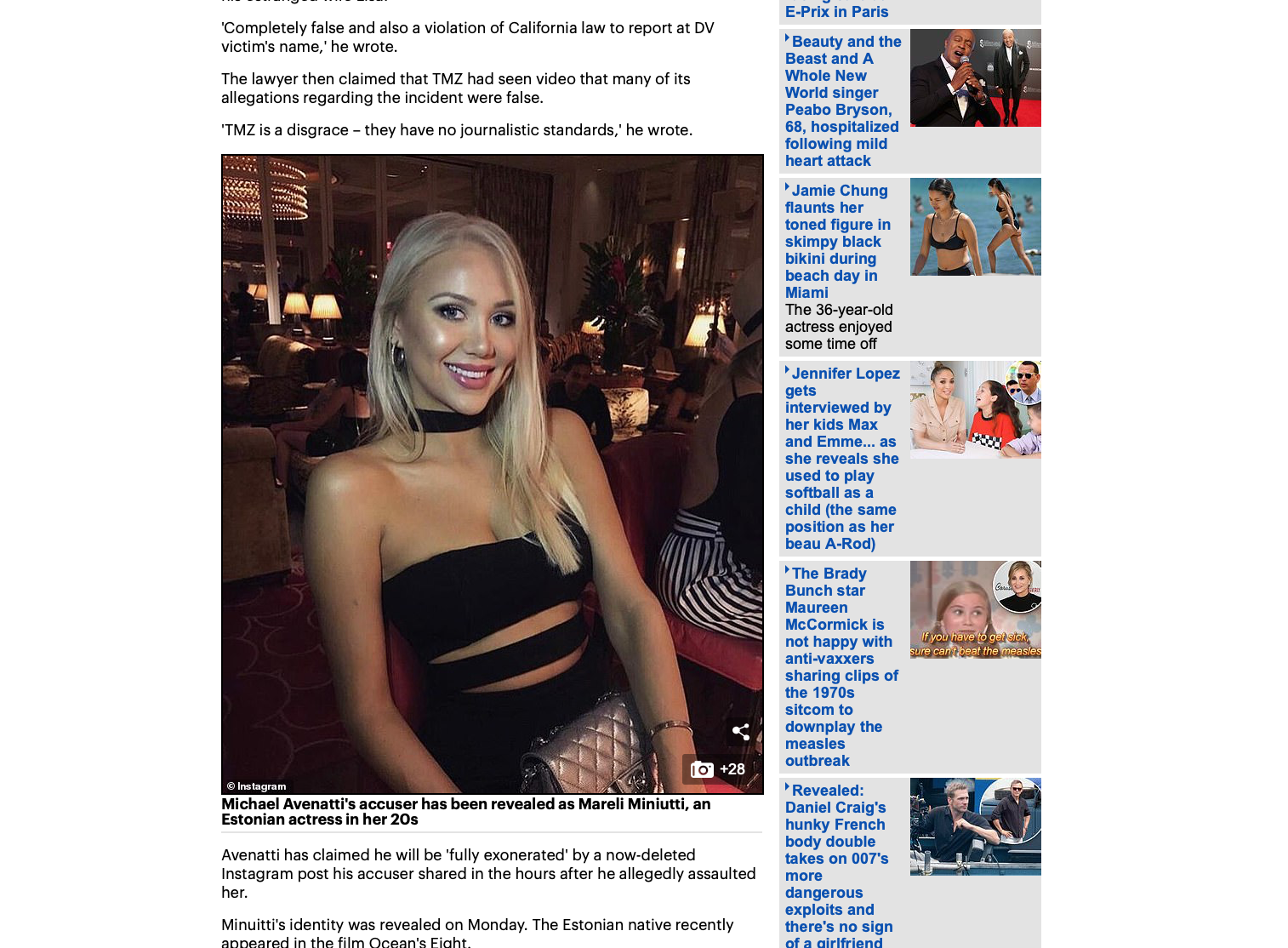 Avenatti, whose tweets are currently set to “protected,” tweeted Monday afternoon that “Someone using the Twitter handle @MairNona took pics in court today of me and posted them to Twitter.”

“This is a serious matter. Anyone with photos or info relating to who this person is should provide it to me or the US Marshalls in Santa Ana,” he continued.

In a subsequent tweet, he said “And whomever it is, is not that bright, because there are cameras covering the entire courtroom and courthouse.”

While this story was being written, the Twitter account was deleted. However, Law&Crime made sure to take screenshots in the event that this occurred. One image that was posted on the account: 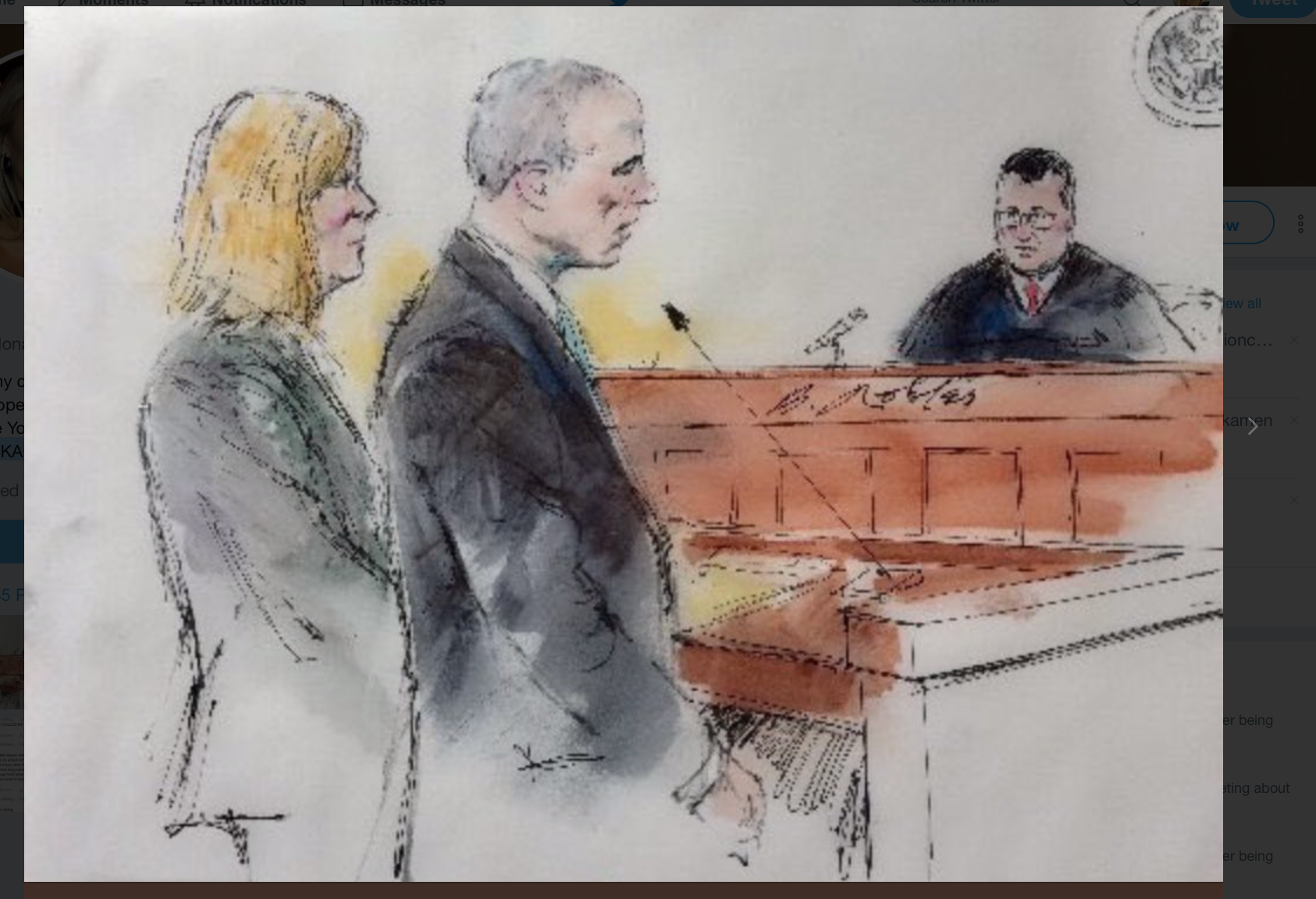 Avenatti told Law&Crime that there were other images that were not sketches and said that they were “provided to the US Marshals.”

In another tweet, the account owner claimed to have been in the courtroom and compared Avenatti’s not guilty to plea to OJ Simpson.

According to the documents, Miniutti alleged that she and Avenatti had been arguing over money on Nov. 13, when he allegedly called her an “ungrateful f**king bitch,” before hitting her in the face with pillows, grabbing her by the wrist, pulling her off a bed and dragging her by arm on his apartment floor. At one point, he allegedly told her, “Do not disrespect me. You don’t get to sleep in my house tonight.” Miniutti also reportedly claimed that Avenatti has been “verbally abusive and financially controlling” in the past, and mentioned an incident from February. She claimed he pushed her out of his apartment into the hallway, resulting in her hitting her head on a neighbor’s door.

Prosecutors declined to bring either felony or misdemeanor charges against Avenatti after his arrest on suspicion of domestic violence. Avenatti had denied wrongdoing all along and accused Jacob Wohl of setting him up.

Avenatti faces 36 counts related to alleged fraud, false statements, obstruction, and failure to pay taxes in California. He has also been charged in New York for alleged extortion of Nike. 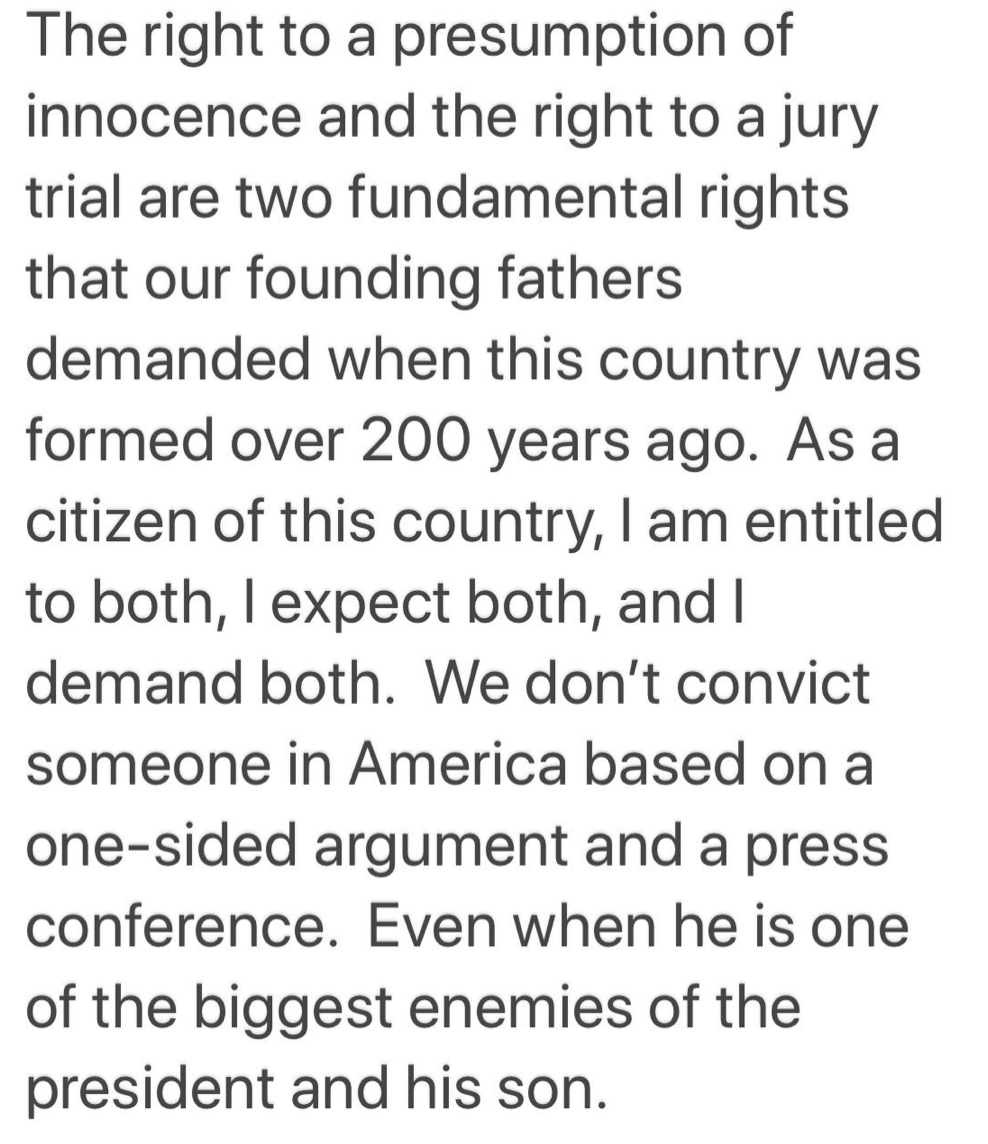 Editor’s note: this story was updated after publication to clarify which images Avenatti was taking issue with.