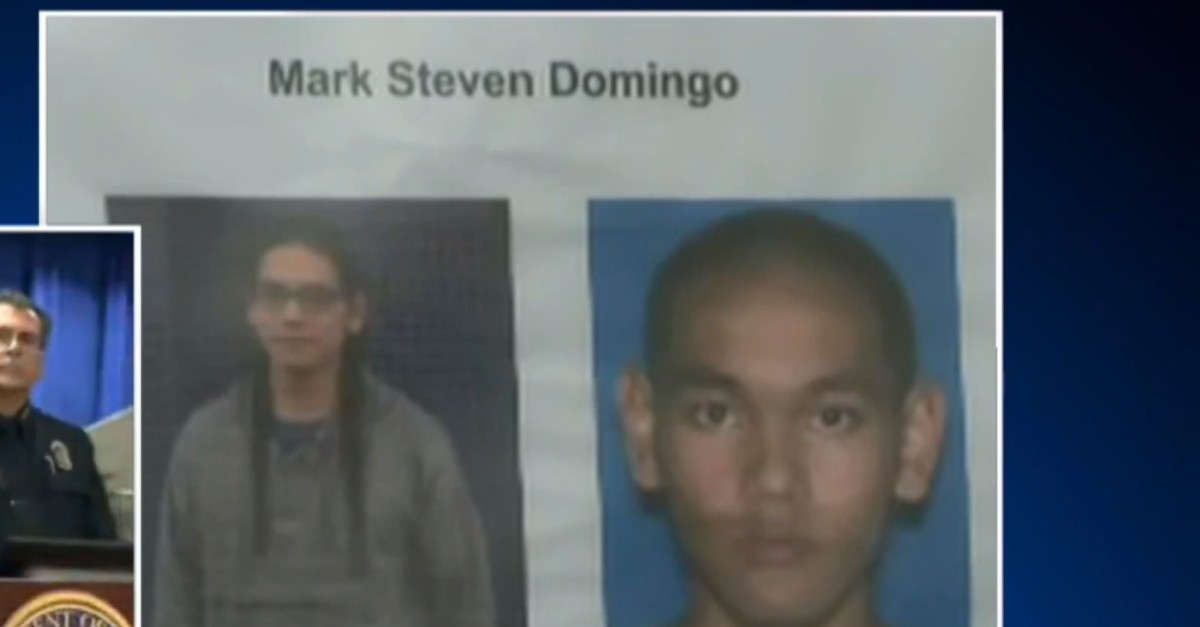 Federal prosecutors announced a criminal case Monday against U.S. Army veteran Mark Domingo. They said he planned on bombing a Nazi rally in California in retaliation for the mass shootings at two New Zealand mosques, according to The Associated Press. Authorities said that the defendant had converted to Islam and had combat experience in Afghanistan.

He was charged with providing material support to terrorists. Domingo bought nails and other parts for an explosive device, said an FBI agent in an affidavit obtained by the AP. The alleged plan was to set it off remotely. If targets survived, he’d launch assaults elsewhere, authorities said.

“There were mosque shootings in new Zealand,” Domingo posted to a private group online after the shootings, according to federal prosecutors. “[T]here must be retribution.”

Domingo allegedly added: “I feel like I should make a christians life miserable tomorrow for our fallen bros n sis in [N]ew Zealand…maybe a jews life…they shed our blood…no Muslim should have to experience this, a message needs to be sent.”

He’d allegedly been planning this since March.

Prosecutors say Domingo wanted to carry out terrorist attacks on “Jews, police officers, churches and a military facility." Before he formulated his plan to set off a bomb at a rally, Domingo said he wanted to shoot a modified AK-47-style rifle he owned in a drive-by shooting.

Domingo was reportedly arrested Friday when allegedly trying to buy what he believed to be real bombs. In reality, the seller was an undercover agent, said authorities.

Dept of Justice say Mark Steven Domingo, a former US Army infantryman, wanted to set off a bomb at a rally in Long Beach over the weekend, but was arrested on Friday night when he tried to buy what he thought was a live bomb from an FBI agent but it turned out to be inert. pic.twitter.com/rt5LUd7S3S

In any case, white supremacists didn’t show up to the planned rally Sunday in Long Beach, only counter-protesters.

“Domingo decided to detonate an IED at a rally scheduled to take place in Long Beach this past weekend.” pic.twitter.com/5UWO7PHv0R