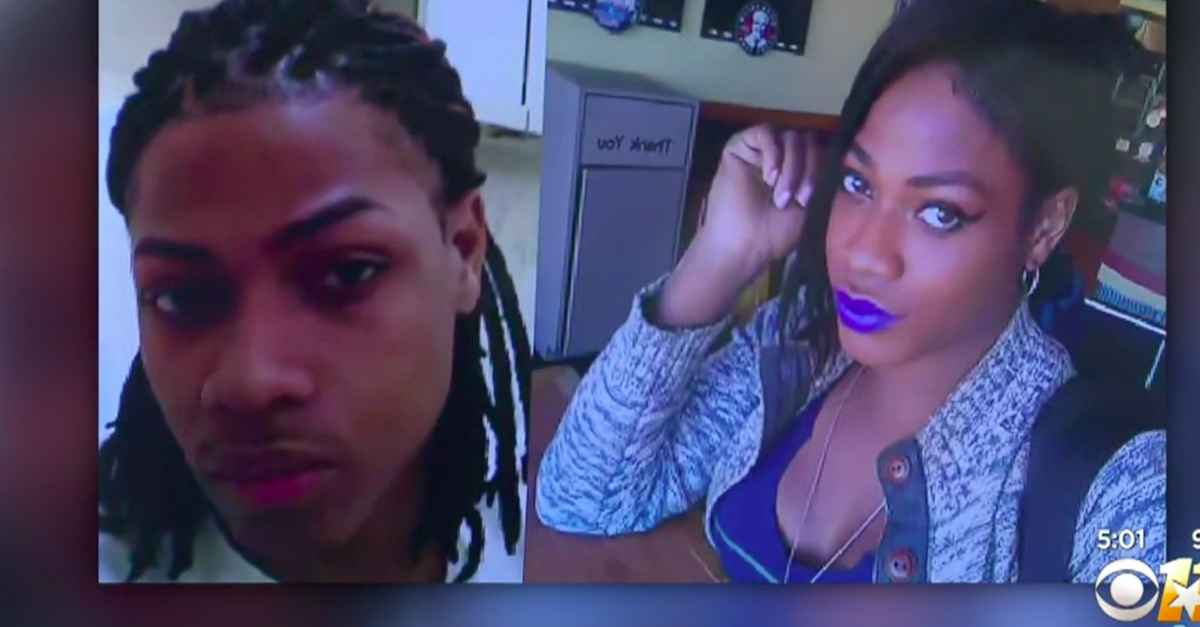 After a passerby discovered a corpse floating in a Northeast Dallas lake on Saturday, police on Monday identified that person as Chynal Lindsey, a 26-year old transgender woman. Dallas police also confirmed that they’re investigating her death as a homicide and have no suspects at this time.

Lindsey’s is at least the third transgender homicide victim in Dallas since October 2018. As previously reported by Law&Crime, one of those victims was Muhlaysia Booker, a transgender woman whose brutal assault at the hands of multiple men in April drew national headlines before she was found dead of a gunshot wound in May.

“We are concerned,” Dallas Police Chief U. Renee Hall said in a statement to reporters on Monday. “We are actively and aggressively investigating this case, and we have reached out to our federal partners to assist in these efforts.”

Violence against the transgender community has been a problem throughout the nation, with at least 55 transgender homicide victims over the last two years, according to the Human Rights Campaign. Even more disturbing, many of those murders remain unsolved.

The recent outbreak of violence against transgender people has caused particular concern among Dallas’s LGTBQ community. In an interview with the Washington Post, Paul Kalbugi, a playwright whose latest work involved interviewing Dallas-area transgender women, told the newspaper that, “These women are victims of systemic abuse, and not just violence,” adding that, “From health care, to legal aid, to employment and housing, those doors are often closed to transgender women and particularly transgender women of color.”

After she was viciously beaten by a group of men following a minor traffic accident in April, Muhlaysia Booker told a group of reporters that she was lucky to be standing in front of them after her attack, “whereas in other scenarios, we are at a memorial,” she said. She was murdered a month later.

While police still have not confirmed a suspect in Booker’s case, they did announce that her death may be linked to two other attacks on transgender women, given: 29-year-old Brittany White died from a gunshot wound while sitting in her parked car in October; an unnamed transgender woman nearly died from multiple stab wounds in April.

Police have not released many details relating to Lindsey’s death, though investigators emphasized that they have not yet found any evidence linking her death to those of other transgender victims. Lindsey is at least the sixth black transgender woman to be fatally shot this year in America. In order to combat the recent attacks on transgender women, the Dallas police have reached out to the FBI for assistance.