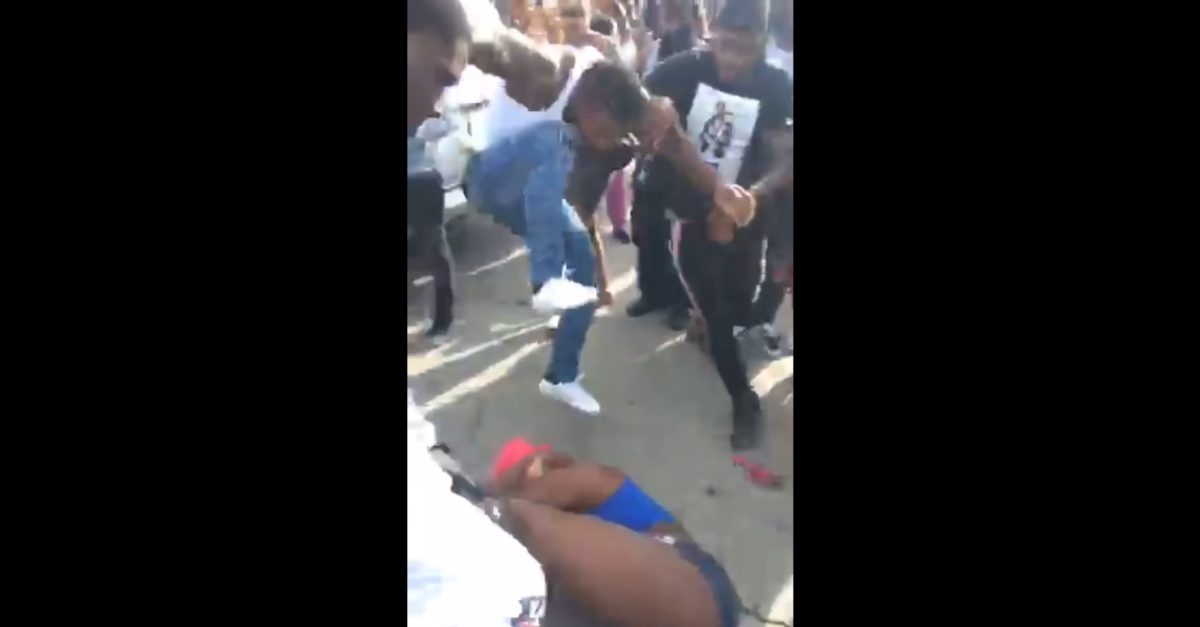 Muhlaysia Booker, a 23-year-old transgender woman whose brutal assault at the hands of multiple men went viral in April, was found dead of an apparent gunshot wound early Saturday morning.

Dallas police have not made any arrests in connection with Booker’s murder, but did release a statement Sunday saying that the department does not believe there is a connection to the prior assault. Police said Booker was found “lying facedown in the street, deceased from homicidal violence.”

As previously reported by Law&Crime, the assault of Booker by several men occurred in the parking lot of Royal Crest Apartments located in Dallas, following what Booker described to police as a minor car crash. The group-assault was flagged by police as a possible hate crime. Eventually, authorities arrested Edward Thomas, 29, in connection with the assault. Thomas was accused of repeatedly punching Booker.

Dallas Mayor Mike Rawlings released a statement on the April attack via Facebook:

I am extremely angry about what appears to be mob violence against this woman. I am in contact with the chief and she assured me that the Dallas Police Department is fully investigating, including the possibility that this was a hate crime. Those who did this do not represent how Dallasites [sic] feel about our thriving LGBTQ community. We will not stand for this kind of behavior.

Following Thomas’ arrest, Dallas police Lt. Vincent Weddington, commander of the crimes against persons unit, said that the video “shocks the conscience of anyone who looks at this video and it is something that the Dallas Police Department takes seriously.”

Weddington told reporters on Sunday that Thomas was no longer in jail and his whereabouts were unknown. However, he added that there was no evidence connecting Booker’s death to Thomas. According to police, Booker’s murder is not, at the moment, being investigated as a hate crime.