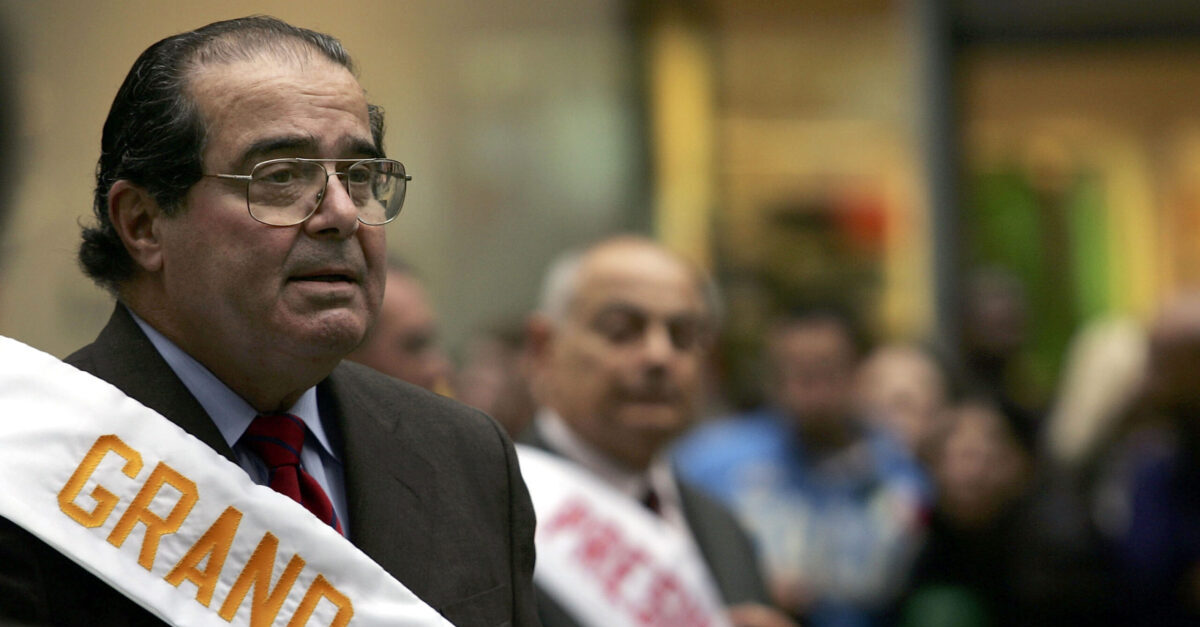 President Donald Trump on Friday announced that he had signed an executive order which established a statuary park named the “National Garden of American Heroes” to include monuments to influential historical figures. Trump’s list of proposed heroes included only one former Supreme Court justice:  conservative legal icon Antonin Scalia.

Trump’s executive order – which also established a task force for “Building and Rebuilding Monuments to American Heroes” – comes in the wake of a nationwide push to remove statues memorializing Confederate leaders such as Robert E. Lee or problematic figures such as Christopher Columbus.

During a speech in South Dakota on Friday, Trump said protesters who unlawfully tore down statues were waging a “merciless campaign” to erase U.S. history and the “memory of our national heritage.”

“Our nation is witnessing a merciless campaign to wipe out our history, defame our heroes, erase our values, and indoctrinate our children. Many of these people have no idea why they are doing this, but some know exactly what they are doing,” Trump said during a divisive speech in front of Mount Rushmore Friday.

Trump last month signed an executive order which called for prosecutions “to the fullest extent permitted under Federal law” for “any person or any entity that destroys, damages, vandalizes, or desecrates a monument, memorial, or statue within the United States or otherwise vandalizes government property.”

Days after signing the order the president also demanded that two people suspected of defacing a statue of George Washington with paint balloons to face up to 10 years in prison.

We are tracking down the two Anarchists who threw paint on the magnificent George Washington Statue in Manhattan. We have them on tape. They will be prosecuted and face 10 years in Prison based on the Monuments and Statues Act. Turn yourselves in now!