After Months at a Standstill in Nuclear Negotiations, North Korea Is Suddenly Ready to Re-Engage in Talks 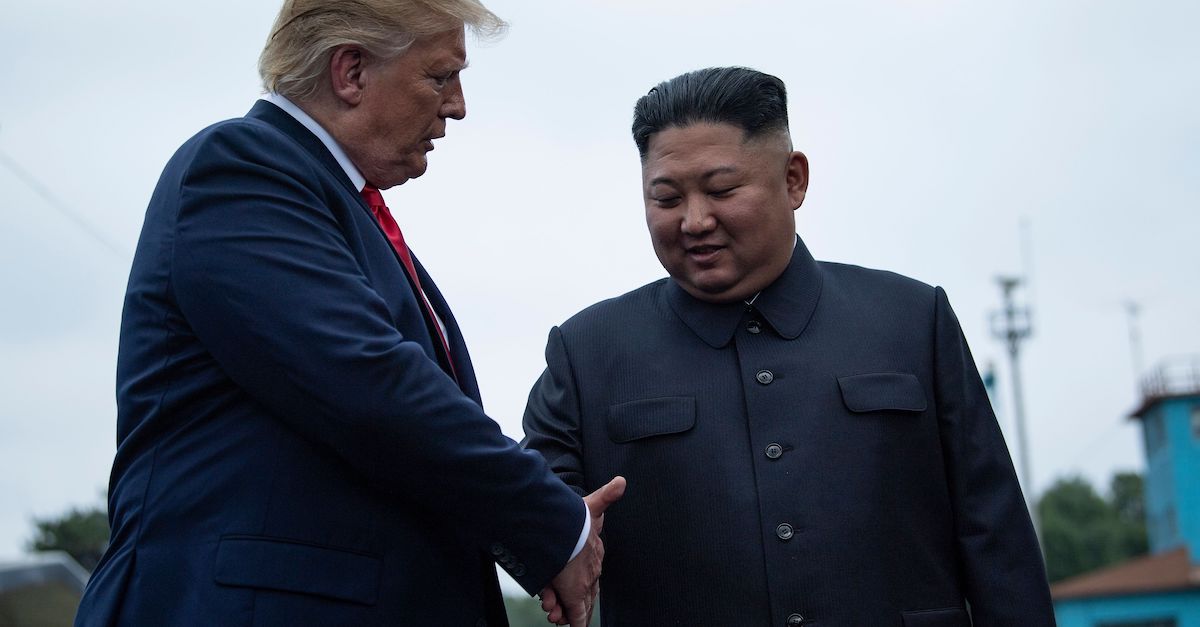 At a time when President Donald Trump’s negotiations with a foreign power has sparked an impeachment inquiry backed by Speaker of the House Nancy Pelosi (D-Calif.), North Korea is suddenly ready to re-engage in nuclear negotiations with the United States.

Trump, whose phone call with Ukraine, asks of Australia, and other attempts to work with foreign intelligence officials has Democrats on high alert, will reportedly have an opportunity to pick up where he and Kim Jong Un left off last February — as soon as Saturday. While some view this in light of the recent events we’ve already mentioned, it should also be noted that Trump National Security Adviser John Bolton is no longer a part of the administration.

Bolton resigned — or was fired, depending on the individual speaking about it — in September. Bolton, who once made the legal case for striking North Korea first, discussed North Korea in his first major public appearance since his ouster. That was on Monday.

“I don’t think the North Koreans will ever voluntarily give up enough [in negotiations]”, Bolton said. “There is no basis to trust any promise that regime makes.”

Bolton went on to say that North Korea is, right now, violating U.N. Security Council sanctions, so to move forward sends the wrong message to other nations.

“When the U.S. led the fight to get those resolutions, and we say we really don’t care, other countries draw their own conclusion that they don’t really care about enforcing sanctions,” he said. North Korea was pleased that Bolton — a “nasty troublemaker” — was ousted.

“It is my expectation that the working-level negotiations would accelerate the positive development of the DPRK-U.S. relations,” Choe said.

Preliminary contact is expected to happen on Saturday, while working-level talks are expected to resume on Sunday, the Associated Press reported.

This happens at a time when Democrats have issued subpoenas for documents related to Ukraine and demanded that Secretary of State Mike Pompeo hand over said documents by Oct. 4. They threatened that a “failure or refusal to comply […]  shall constitute evidence of obstruction of the House’s impeachment inquiry.”