ABA Legal Fact Check: Zelensky and Biden Call Russia’s War Genocide, But the Legal Definition Is More Complex Than the Moral One 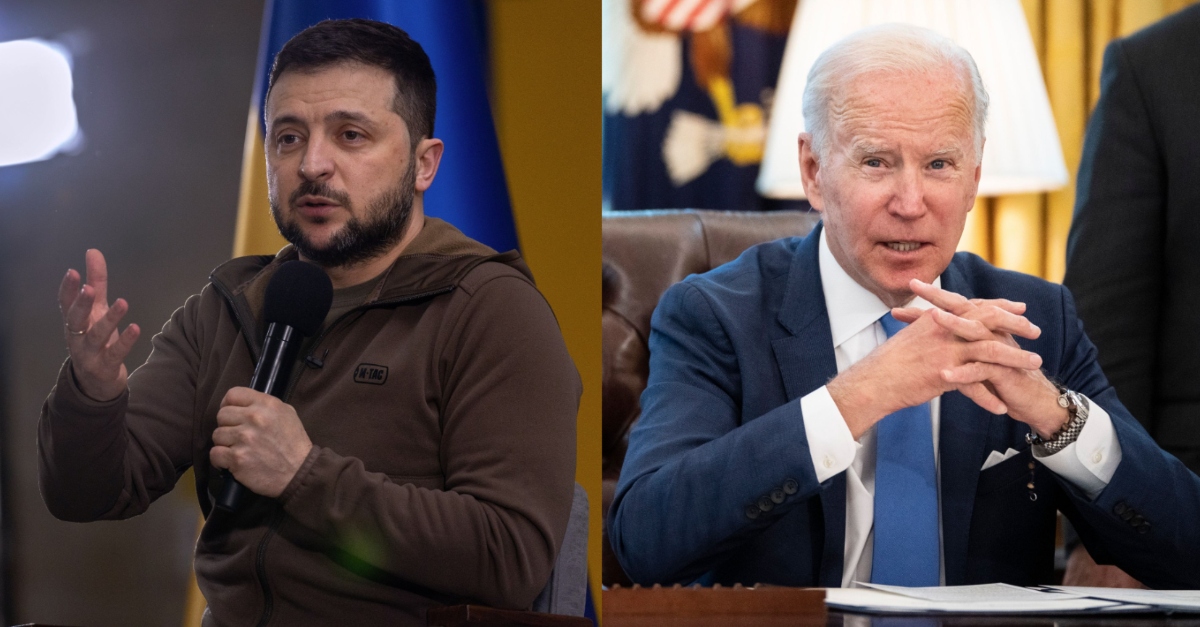 On April 12, 2022, U.S. President Joe Biden declared that genocide is taking place in Ukraine. “The evidence is mounting,” Biden said, echoing earlier statements by Ukrainian President Volodymyr Zelensky that Russian actions in Ukraine constitute genocide. On the basis of known facts and the law, can the two presidents correctly term what the Russians are doing in Ukraine as genocide?

Under international and U.S. law, genocide is one of the more complex legal concepts in today’s global arena. While used in popular parlance internationally to describe atrocities directed at certain minority groups, the term itself has a narrow meaning rooted in a legal doctrine that emerged from the Holocaust 80 years ago. Genocide stands out as the most horrific of a category of atrocities, such as “war crimes” and “crimes against humanity,” that can be traced to the Nazi regime and the Nuremberg Trials in Germany after World War II.

“Genocide” was first coined by Polish lawyer Raphael Lemkin in 1944, in part to describe the Nazis’ systematic murder of Jews during the Holocaust. He combined the Greek prefix for “race” (génos), with the Latin suffix for “killing” (-cide). Having lost more than 40 members of his family to the Nazis, Lemkin then set out to develop international legal instruments that would prevent similar mass atrocities.

Through his efforts, those of others and the urgent public outcries of “never again,” the United Nations approved the Convention on the Prevention and Punishment of the Crime of Genocide, also known as the Genocide Convention, on Dec. 9, 1948. Today, 153 countries, including the U.S. and Russia, have signed on to the Genocide Convention, which gives the International Court of Justice (ICJ) the responsibility to hear genocide complaints against nations. In 1998, the authority to prosecute individuals for genocide, crimes against humanity and war crimes was assigned to the International Criminal Court (ICC), established by the Rome Statute in conjunction with the United Nations.

While an early signatory of the Genocide Convention in 1948, the U.S. did not embrace it for 40 years because of opposition related to concerns that joining would surrender too much U.S. sovereignty. Similar arguments explain why the U.S. Senate has not implemented the ICC treaty.

In 1988, then President Ronald Reagan signed the Genocide Convention Implementation Act of 1987, formally joining 97 nations at the time to condemn genocide. “I remember what the Holocaust meant to me as I watched the films of the death camps after the Nazi defeat in World War II,” Reagan said at the signing. “Slavs, Gypsies and others died in the fires, as well. And we’ve seen other horrors this century. …They only renew our rage and righteous fury and make this moment all the more significant for me and all Americans.”

U.S. law mirrors the critical Article II provision of the Genocide Convention that defines genocide as certain wrongful acts — such as killing, causing serious bodily harm or deliberately inflicting conditions calculated to bring about physical destruction — when committed with the intent (emphasis added) to destroy a national, ethnic, racial or religious group. It carries a maximum of life in prison and a fine of up to $1 million.

No one in the U.S. has ever been prosecuted under the U.S. law. For the U.S. government to conclude that genocide has been perpetuated by a nation or entity within a state, the process is complex and typically slow. In his April remarks, President Biden alluded to the challenges: “We’ll let the lawyers decide, internationally, whether or not it qualifies, but it sure seems that way to me.”

That process is underway. On February 27, Ukraine filed an application with the ICJ to challenge the Russian invasion and its reasons for doing so. The ICC also is investigating allegations of war crimes, crimes against humanity and genocide committed in Ukraine. Any eventual finding of genocide must demonstrate essentially all three factors: the existence of a group protected under the pact, genocidal acts and an intent to destroy at least part of the group in question. The first two elements can more quickly be established. But proving intent has been historically a much more difficult proposition, particularly if there is no “smoking gun.”

Concurrently, the U.S. Department of State is coordinating an interagency review to look at whether Russia committed genocide or other crimes in Ukraine, which typically lead to or re-affirm harsh sanctions.

A comprehensive 2019 U.S. Holocaust Memorial Museum (USHMM) report, “By Any Other Name,” outlined the history of genocide determinations in the U.S., and notes no legal or policy framework exists that requires the government to make public such statements. The report also describes a de facto process anchored in the State Department that has emerged relating to genocide for gathering and evaluating information and presenting it for high-level decision-making.

In March, for instance, Secretary of State Antony Blinken declared that the slaughter of the Rohingya by the Burmese military was genocide — only the eighth time such a determination was made by the U.S. He explained the conclusion came five years after the height of the mass displacement of Rohingya, and followed “rigorous fact-finding” as well as “detailed documentation” from independent sources, including rights groups and researchers.

This deliberative process, however, has not always applied to other global atrocities, such as crimes against humanity, war crimes or ethnic cleansing, which is not a legal term. The USHMM report noted U.S. administrations have made statements about all without an elaborate and lengthy analytical process associated with genocide. As examples, the report cited when Secretary of State Lawrence Eagleburger “named names” regarding the perpetrators of crimes against humanity in Bosnia in December 1992 and State Department statements about allegations of ethnic cleansing in Darfur and Kosovo, which emerged in days.

While Presidents Biden and Zelensky and others have proclaimed that genocide is now occurring in Ukraine, establishing that as a legal finding depends on whether a definitive determination can be made that Russia’s actions are being taken with the “intent” to bring about the physical destruction of Ukrainians as a national group.

Note: We’ve replaced the original version of this post with an update.