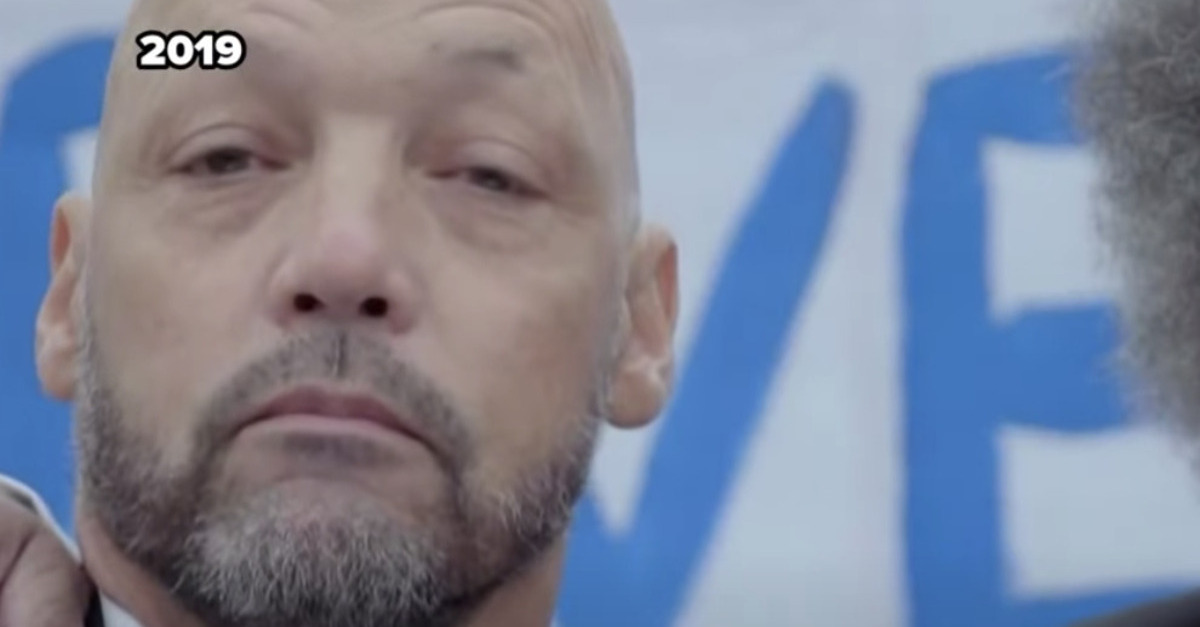 Christopher Orr pictured during community response to his being fired by Christian Brothers High School.

A panel of judges on the U.S. Court of Appeals for the Ninth Circuit heard oral arguments Tuesday over whether a California Catholic school can use the “ministerial exception” to shield itself from claims of racial discrimination by its former principal. The case tests the limits of a 2020 Supreme Court decision that held teachers are considered “ministers” of faith, and thereby excluded from legal protection under federal anti-discrimination law.

In 2017, Christopher Orr became the first ever African American principal hired by Christian Brothers High School in Sacramento. Orr says in court documents that his historic hiring was expected “to herald a new era of racial inclusivity and outreach,” but alleges that he immediately encountered “a pattern of discrimination and racial harassment against him, primarily by the school’s president Lorcan Barnes.”

Orr claims that the racial hostility was directed not only at him personally, but also at Black students, families, and staff. He alleges that Christian Brothers gave less scholarship money to Black students, and that Barnes made derogatory comments toward Black students and families. Orr was fired in 2019, and the Sacramento community responded with protests, some even drawing the attention of activist Cornel West, a philosophy professor emeritus at Princeton University. Barnes has since been replaced as president by Crystal LeRoy.

Orr filed a federal lawsuit against Christian Brothers alleging employment discrimination, wrongful termination, and violation of equal rights under federal law, as well as several corresponding claims under California state law. His case was dismissed at the district court level by U.S. District Judge John A. Mendez, a George W. Bush appointee. Judge Mendez based his dismissal on the ministerial exception, ruling that courts should take no role in employment decisions for important employees.

A 7-2 Supreme Court ruling from 2020 authored by Justice Samuel Alito addressed the application of the ministerial exception in two cases involving teachers. SCOTUS held that because teaching is so central to the practice of religion, teachers in religious schools are to be considered “ministers.” The designation means that in employment decisions involving teachers, schools are exempt from legal requirements to comply with federal anti-discrimination law.

Teaching, wrote Justice Alito, is central to the practice of religion; accordingly, religious schools deserve autonomy in maintaining “the close connection that religious institutions draw between their central purpose and educating the young in the faith.”

Orr’s case now asks whether principals, too, are so involved with faith education that religious schools should be permitted to hire and fire them without having to adhere to federal employment law.

Manolo Olaso, an attorney for Orr, responded that Orr led prayers during some small faculty meetings and occasionally read prayers over the school’s public address system.

Judge Restani followed up, asking, “As the principal and the CEO, wasn’t that his responsibility to oversee basically the whole shebang?”

Paul Gaspari, attorney for Christian Brothers, made his case for Orr as a spiritual leader. “We do not get out a stopwatch and measure the amount of time one spends on religious activities,” Gaspari said. “A principal of a Catholic school is a leader of the school and is a minister.”

Justice Sonia Sotomayor (with whom the late Justice Ruth Bader Ginsburg joined) warned against using the ministerial exception to shield schools from liability in her 2020 dissent. Calling the ministerial exception “extraordinarily potent” in that it gives an employer “free rein to discriminate because of race, sex, pregnancy, age, disability, or other traits protected by law,” Sotomayor argued that applying it to classroom teachers “stretches the law and logic past their breaking points” and “even condones animus.” Whether the Ninth Circuit will equate a classroom teacher with a school principal on this basis—and whether its ruling will result in another case for the justices — remains to be seen.

Christopher Orr provided the following statement to Law&Crime through counsel on Wednesday:

Though I remain steadfast that I am not a ‘minister,’ I understand the current law and the appellate judges’ questions and comments.  Notwithstanding, I’m very pleased that the judges appeared to acknowledge that I still have the right to be free of a racially hostile work environment.  I’m hopeful for a positive ruling.