Court Upholds Conviction of Woman Who Forced Her Way into the ‘White House’ to Meet Donald Trump. She Was Really in the Treasury Building. 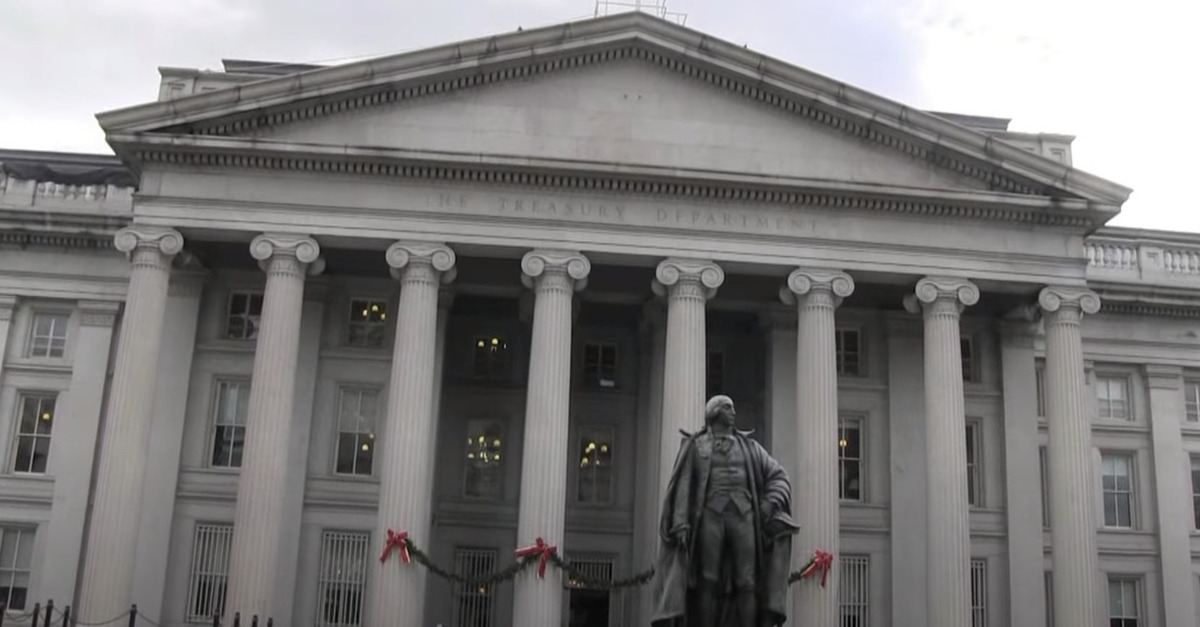 A unanimous three-judge panel at the U.S. Court of Appeals for the D.C. Circuit on Friday upheld the conviction of a misguided woman who tried to force her way into a meeting with Donald Trump.

Samira Jabr drove across the country from California to the District of Columbia with an intention to meet with then-President Trump in person. She believed herself to be a victim of a conspiracy between law enforcement and various casinos she visited on her trip, and she felt compelled to inform the President about it face-to-face.

While en route to her attempted rendezvous with then-president Trump, Jabr scaled two fences, ran across a courtyard, and sprinted up the stairs of what she thought was the White House. In actuality, though, she was running into the Treasury Building.

After Jabr waived her right to a jury trial, a district court judge acquitted Jabr of the core offense but found the woman guilty of attempting to commit the crime. “If the circumstances had been what Ms. Jabr perceived them to be,” reasoned the court, “her conduct would have qualified as a violation of the underlying substantive crime.” Jabr was sentenced to time served plus 12 months of supervised release. She was also ordered to pay restitution of $480 for a wallet she had stolen on her way to D.C.

Jabr appealed her conviction on the attempt count, and the D.C. Circuit threw out her arguments one by one. First, the court rejected Jabr’s contention that the district court lacked jurisdiction due to the Treasury Building’s distinction from “the White House grounds.”

“[T]hose sorts of defects in an information or indictment,” explained Judge Srinivasan, “do not deprive a district court of jurisdiction.”

Turning its focus to the impact of the any defect in Jabr’s indictment, Srinivasan ruled that the error neither impacted the verdict nor affected Jabr’s substantive rights.

Furthermore, the appellate court ruled that the district court was within its rights to proceed on an attempt charge.

Jabr also tried to argue that she actually had authority to enter the Treasury. The court corrected this assertion by pointing out that to get in, Jabr scaled two fences, evaded a padlock, and ducked down to avoid a police car; it concluded that Jabr’s entrance had been unlawful and that the facts demonstrate that she knew she was breaking the law.

The bottom line: while there may be a big difference between the White House and the Treasury Building, mistakenly invading one isn’t a good defense to actually invading the other.

Jabr was successful in having the $480 restitution order thrown out, but that was because prosecutors themselves acquiesced on the basis the wallet theft wasn’t “part of” the attempted White House entry.