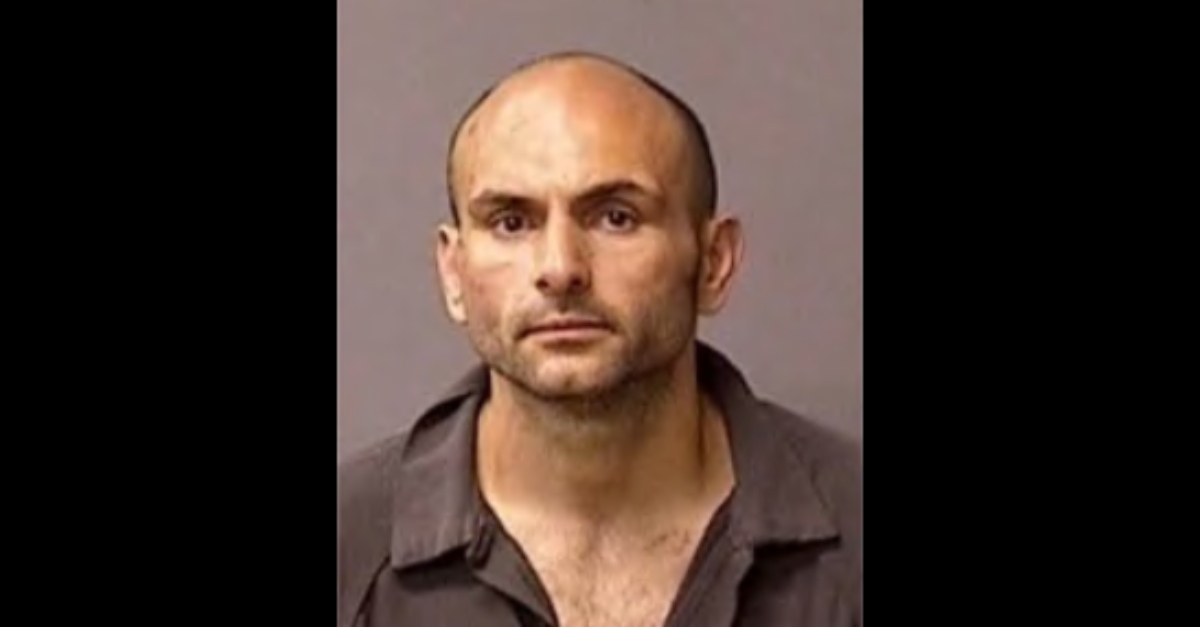 A convicted sex offender crawled through a 5-year-old’s bedroom window before the girl’s father tackled him and restrained him with duct tape, authorities allege in an alarming case backed up by surveillance video. Daniel Diaz, 39, was arrested Tuesday in Grayson, California, according to local media reports.

The incident happened early Tuesday morning. A couple’s young daughter was sleeping with her grandmother, who sensed they were being watched through their bedroom window, the child’s mother Martha Zapeda told The Modesto Bee. Zapeda said she checked it out and found the man outside their living room window. The outlet paraphrased her as saying “he was pleasuring himself.”

“I love you,” the man repeated while touching himself, according to the report. Her husband said he confronted the man outside, telling him to go, but later, he reportedly heard blinds move in his daughter’s bedroom.

The husband reportedly entered the room just after the man turned on the lights. That was the end of the beginning. The father dragged this person outside, but the man attempted to go back into the home, according to Zapeda’s story. Ultimately, both parents tied him up with duct tape. The father said he noticed that the man wore an ankle monitor.

Deputies identified the man as convicted sex offender Diaz, who was reportedly convicted in 2009 of breaking into a 64-year-old woman’s home and trying to rape her. He reportedly woke her up rubbing her thigh. “I’m Daniel,” he whispered to her. She ultimately escaped by biting him, then getting to a neighbor’s residence. Diaz was sentenced to four years in prison, according to the Bee.

The child in the new case saw nothing, but had a headache thought to be from the scare, Zapeda reportedly said.

“He went and knocked the door, he tried to open the door, peeking through the window, trying to see and he was showing his private parts around the windows,” she told the station.

According to KOVR, her father told the man to leave, but the person went around the house.

“The man turned on the lights and that’s when my sister woke up and she got scared,” she told the station, translating for her mother Zapeda.

Ramirez said she was scared because she believed the man would have kidnapped her sister. She was proud of her father for protecting the family. Nonetheless, the incident left a sense of unease.

Stanislaus County Sheriff’s Department declined to comment on the specifics of the case, noting that the victim is a minor.