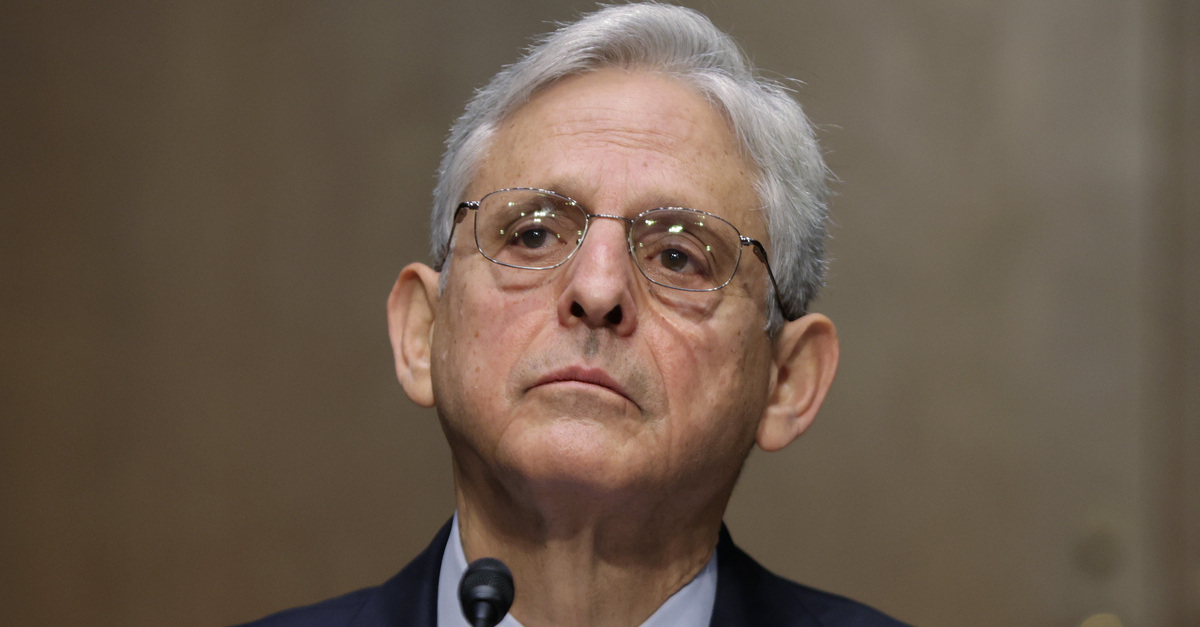 The U.S. Department of Justice on Tuesday filed an antitrust lawsuit in an effort to kill a long-running merger attempt between Penguin Random House and Simon & Schuster.

“Books have shaped American public life throughout our nation’s history, and authors are the lifeblood of book publishing in America,” Attorney General Merrick Garland said in a DOJ press release. “If the world’s largest book publisher is permitted to acquire one of its biggest rivals, it will have unprecedented control over this important industry. American authors and consumers will pay the price of this anticompetitive merger – lower advances for authors and ultimately fewer books and less variety for consumers.”

Filed in the U.S. District Court for the District of Columbia, the 26-page DOJ lawsuit alleges that PRH’s $2.18 billion acquisition of its closest rival would give the publishing company “outsized influence over who and what is published, and how much authors are paid for their work.”

The lawsuit stakes its claims in the name of managed markets and alleges several violations of the Clayton Antitrust Act of 1914.

“If [the] proposed merger is allowed to proceed, Penguin Random House would be, by far, the largest book publisher in the United States, towering over its rivals,” the filing notes before alleging: “The deal, which was arranged by the two publishers’ parent companies, Bertelsmann SE & Co. KGaA, and ViacomCBS, Inc., would likely harm competition in the publishing industry and should be blocked.”

The filing marks one of the first major antitrust efforts by the Biden administration. United States regulators have largely shied away from major antitrust enforcement efforts over the past few decades and the DOJ’s decision was welcomed by critics.

In fact, the filing itself is oriented toward the protection of authors. Antitrust efforts typically focus on consumer protections.

“Authors are the lifeblood of book publishing. Without authors, there would be no stories; no poetry; no biographies; no written discourse on history, arts, culture, society, or politics,” the filing asserts in something like legal whimsy. “Penguin Random House’s proposed acquisition of Simon & Schuster would result in substantial harm to authors, particularly authors of anticipated top-selling books.”

As the lawsuit itself notes, Penguin Random House is “already the market leader” in publishing, an industry that’s substantially controlled by fewer than five corporations–a number that decreases almost every decade.

The two companies involved in the would-be merger are themselves two of the top five publishers in the country. And the lawsuit relies on several instances of current and former executives basically making the case against the proposed mega-publishing juggernaut.

In addition to the two companies, HarperCollins Publishers, Hachette Book Group and Macmillan Publishing Group make up almost all of U.S. book publishing.

“The book publishing market in the United States is dominated by the Big Five publishers,” the filing goes on, “In the words of Simon & Schuster’s former CEO, the Big Five are one another’s ‘biggest competitors.'”

Such statements against the confines of the deal continue on for awhile:

As a senior Penguin Random House executive remarked to a colleague: “I would not want to be a big author at Simon & Schuster now . . .” The colleague responded, “I agree. Especially when the price tag [for acquiring Simon & Schuster] is going to be so high.”
…
There is no reason to accept the harm to competition threatened by this merger. Although Defendants have publicly suggested that the merger is necessary to create a stronger counterweight to Amazon, Penguin Random House’s Global CEO privately admitted that he “never, never bought into that argument” and that one “[g]oal” after the merger is to become an “[e]xceptional partner” to Amazon.
…
The Defendants recognize that smaller publishers are limited in their ability to compete with the Big Five for the rights to publish anticipated top-selling books. In the words of the late CEO of Simon & Schuster, the “myriad smaller publishers” in the United States “rarely compete with us in auctions for new properties. Often these publishers become farm teams for authors who then want to move to a larger, more financially stable major publisher.”

One section of the lawsuit focuses what the companies themselves have said about not just the merger process–but the likely legal fallout from regulators.

Penguin Random House and Simon & Schuster issued a joint statement in response to the lawsuit, insisting the publishing industry would remain “a vibrant and highly competitive environment” even after the deal.

“DOJ’s lawsuit is wrong on the facts, the law, and public policy,” their attorney attorney Daniel Petrocelli said in the statement. “Importantly, DOJ has not found, nor does it allege, that the combination will reduce competition in the sale of books.”

While focused on protecting the market for authors, the lawsuit does, however, argues that consumers are ultimately likely to be harmed as well:

If consummated, this merger would likely result in substantial harm to authors of anticipated top-selling books and ultimately, consumers. Penguin Random House would control close to half of the market for the acquisition of publishing rights to anticipated top-selling books. Penguin Random House’s next largest competitor would be less than half its size. Post-merger, the two largest publishers would collectively control more than two-thirds of this market, leaving hundreds of authors with fewer alternatives and less leverage.