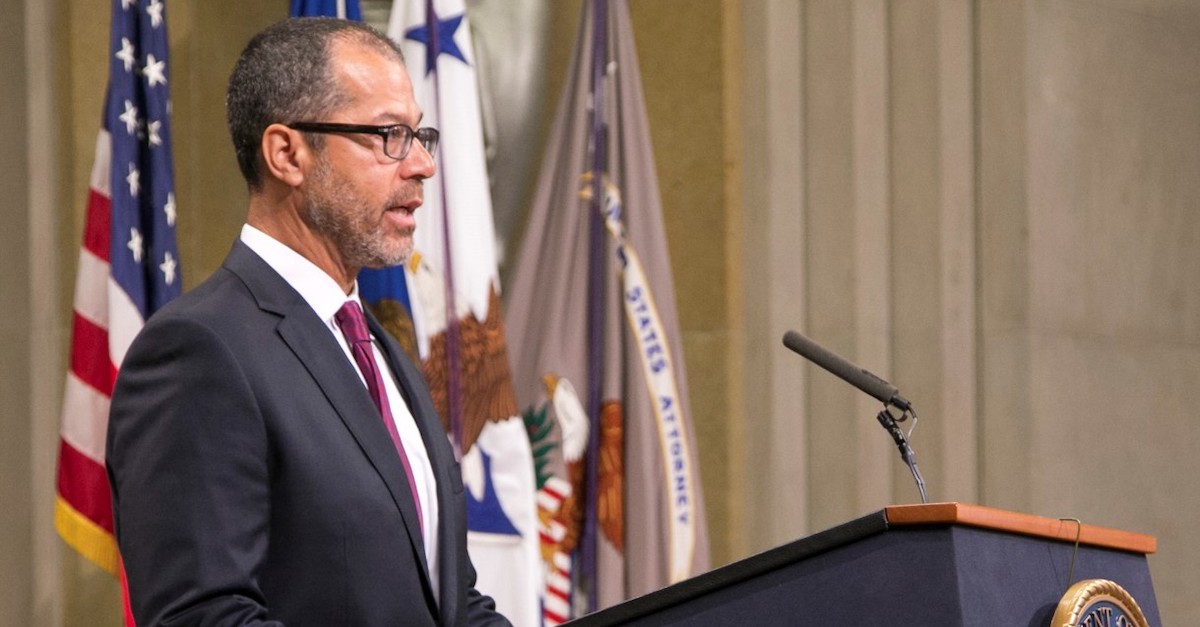 Wilkinson in May 2019 was appointed the Deputy Assistant Attorney General for Human Resources and Administration and also served as the department’s Chief Human Capital Officer. Prior to his reassignment, he served for multiple years as deputy chief of staff to former Obama administration Attorney General Eric Holder and a prosecutor in the U.S. attorney’s office in Washington.

“With his decades of experience at the department and his familiarity with the nation’s 93 federal prosecutor’s offices, the Biden transition team hoped that Mr. Wilkinson would be a steady and drama-free hand who could run the Justice Department,” a person briefed on the decision reportedly told the Times.

The report also described Wilkinson as an “unknown even to most Washington insiders,” saying his low profile “all but guarantees that was not involved in the myriad political scandals that defined the Justice Department under President Donald Trump.”

But despite the Times’ characterization, several veterans of the department praised the choice, saying Wilkinson was far from “unknown” within the DOJ.

“Monty is not unknown to me and many others,” wrote former U.S. Attorney for the Southern District of New York (SDNY) Preet Bharara. “He is a wonderful and honorable DOJ lawyer and leader. Great choice.”

Monty is not unknown to me and many others. He is a wonderful and honorable DOJ lawyer and leader. Great choice. https://t.co/qat7XIqlKc

“Monty Wilkinson is not unknown to DOJ folks. He led the Executive Office of US Attys for AG’s Holder & Lynch. He is capable, competent, ethical & committed to justice,” Vance wrote.

Monty Wilkinson is not unknown to DOJ folks. He led the Executive Office of US Attys for AG's Holder & Lynch. He is capable, competent, ethical & committed to justice. https://t.co/s0oNV2Yi7B

“Monty is fabulous, smart, careful, principled.  Everything the DOJ leadership for the last 4 years has not been,” said Katyal.

Monty is fabulous, smart, careful, principled. Everything the DOJ leadership for the last 4 years has not been. https://t.co/Y2FkO2ijYc

However, the acting appointment is not without some controversy, as Biden is bypassing the department’s standard line of succession protocol—as was done with the Trump administration’s 2018 appointment of Matt Whitaker as the acting AG over deputy AG Rod Rosenstein. DOJ’s Office of Legal Counsel (OLC) approved the move under the Vacancies Reform Act. Many legal experts—including Katyal—said Whitaker’s appointment was unconstitutional because he, like Wilkinson, lacked Senate confirmation.

As someone who was critical and skeptical of the Whitaker appointment, I am not a fan of this move, and @AndyGrewal is right that many will have amnesia about their former positions on acting officers. https://t.co/hQfN8S19f0

One reason Wilkinson’s appointment is less likely to provoke backlash is that there simply aren’t many Senate-confirmed officials left in the current ranks at the DOJ.

[image via the US DOJ]