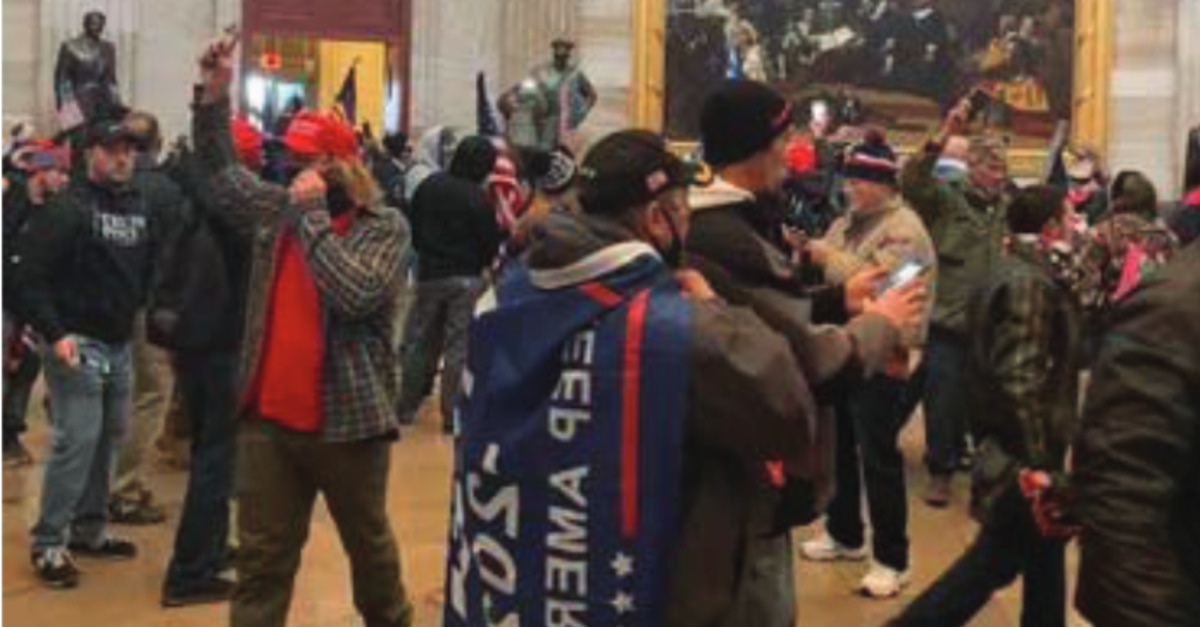 William McCall Calhoun Jr., an attorney from Americus, Georgia, has been charged over his alleged participation in the siege of the U.S. Capitol Complex on Jan. 6.

A redacted charging document in the federal case was recently made public. Calhoun reportedly made his first court appearance last Friday, according to Atlanta-based NBC affiliate WXIA-TV.

The FBI claims Calhoun was one of the first pro-Trump rioters to lay waste House Speaker Nancy Pelosi‘s (D-Calif.) office before bragging about his alleged exploits on social media.

“[G]et this – the first of us who got upstairs kicked in Nancy Pelosi’s office door and pushed down the hall towards her inner sanctum, the mob howling with rage,” a Facebook post attributed to Calhoun reads. “Crazy Nancy probably would have been torn into little pieces, but she was nowhere to be seen – then a swat team showed, and we retreated back to the rotunda and continued our hostile take over [sic] of the Capitol Building.”

That same post also appears to document Calhoun’s initial breach of the laxly-enforced barriers on that fateful and ultimately deadly day:

Patriots have taken the Capitol building. We overran multiple police barricades and swarmed the building.

We busted through – thousands of us swarmed in. There was a last police barricade inside, and we had packed in right up to them.

Somebody yelled “push through”, so we did and the shock of our momentum brushed them aside – some people were bleeding pretty badly by that point. After we had overrun that last police barricade, the momentum cashed a bad crush at one point, but carried the Vanguard through several smaller doors and down halls as we swarmed Congress yelling the names of various members.

“Then we stormed upstairs through the rotunda admiring the amazing art work but at the same time looking for members of Congress, as by this time we physically owned the Capitol,” the post goes on, “all law enforcement had retreated to the perimeter and even more thousands were trying to push in!”

Another Facebook message posted two hours later strikes many of the same chords–this time explicitly tying the insurrection to widely-believed articles of faith among Republican Party voters that the 2020 election was beset by a host of electoral fraud.

No viable evidence supports those claims; they are false.

“Today the American People proved that we have the power,” the second post reads. “We physically took control of the Capitol Building in a hand to hand hostile takeover. We occupied the Capitol and shut down the Government – we shut down their stolen election shenanigans.”

According to the probable cause affidavit obtained by Law&Crime, a tipster made a phone call to the the FBI’s National Threat Operation Center in early November warning that Calhoun had made several violent threats on Facebook, Twitter and Twitter competitor Parler.

Some of those alleged threats cited by the caller:

a. “some of you will live long enough to be exterminated with extreme prejudice”;
b. “it’s going to be hard to buy a beer when Democrats are being shot on site [sic];” and
c.“we are going to kill every last communist who stands in Trump’s way”

It is currently unclear whether the FBI actually acted on that prior intelligence, however, as the court document notes that the law enforcement investigation into Calhoun only began on Jan. 6–the day the Capitol Hill attack occurred.

A Parler post from Jan. 5 attributed to Calhoun reads:

Headed to D.C. to give the GOP some back bone – to let them know this is their last chance to Stop The Steal – or they are going to have bigger problems than these coddled Antifa burning down their safe spaces. DC announced it is ‘banning guns’ when we storm the Capitol tomorrow. Very illegal. Whether the police can enforce their gun laws depends on how many armed Patriots show up. Ironically, in the long list of firearms and weapons banned by the DC ordinance tomahawks are not mentioned, meaning there is no prohibition against carrying a tomahawk as long as it is not used offensively! The tomahawk revolution – real 1776.

Calhoun also allegedly predicted a glorious and victorious end to his and his compatriots’ attack on the national seat of legislative government.

“The military isn’t going to save the Democrat Communists,” a Facebook post reads. “They are done. Today we brought our Government to its knees with no weapons. Now we’re all going back armed for war and the Deep State is about to get run out of DC.”

Those predictions did not pan out.

The State Bar of Georgia’s member directory shows Calhoun is an active member in good standing with no record of public discipline. 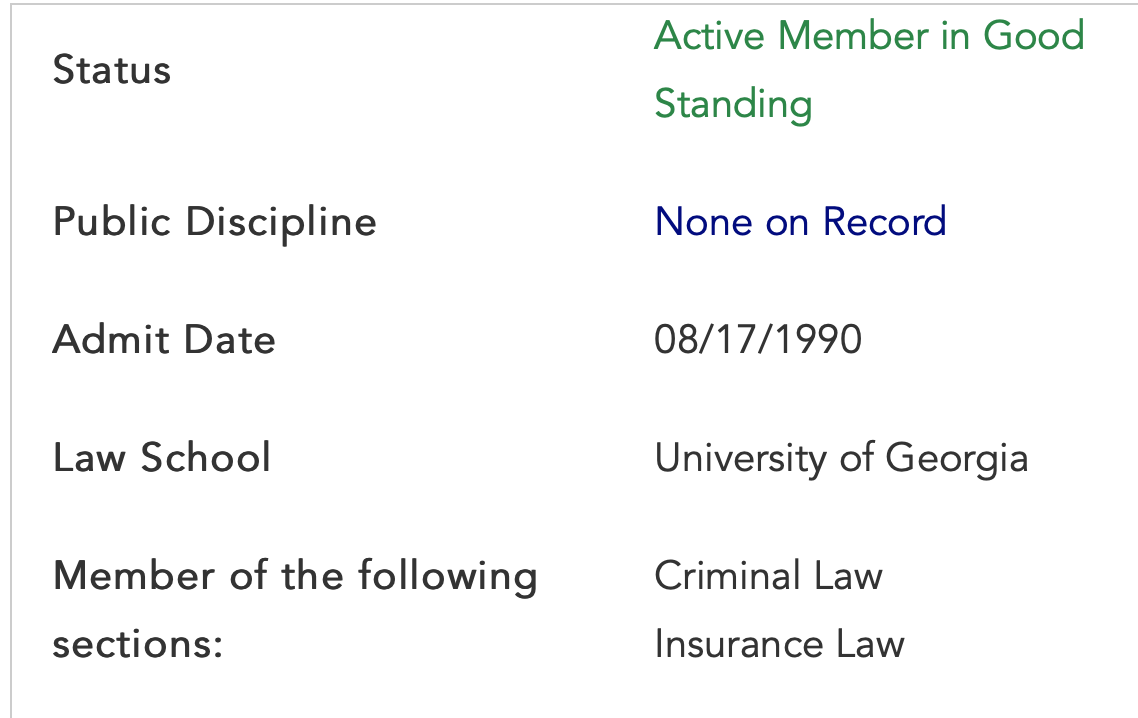