Week-Long Manhunt Ends After Suspect Wanted for Murders in Two States ‘Made a Mistake,’ Was Spotted Crossing the Road 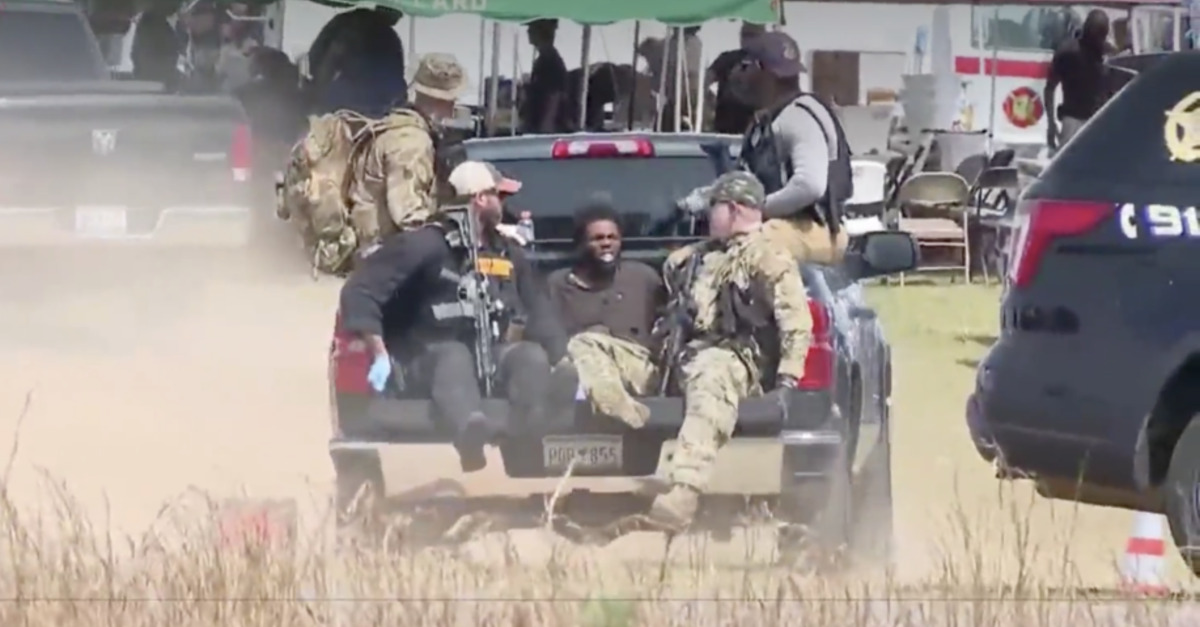 A seven-day manhunt has ended with a man being taken into custody by authorities–and apparently without incident. Tyler Terry, 27, was wanted in relation to two ongoing murder investigations in two states when he slipped through law enforcement’s grasp after a high-speed chase in South Carolina late last week. Come Monday, the suspect was under arrest.

“Tyler Terry is in custody,” the Chester County Sheriff’s Office said via Twitter late Monday morning. “No shots were fired by any party. Everyone (including Terry) is safe.”

Authorities “initiated aggressive search operations in a concentrated area” at sunrise on Monday. According to the sheriff’s office, over 300 city, county, state and federal law enforcement agents took part in the effort near South Carolina Highways 9 and 99.

Officials live-tweeted the search throughout the morning:

Access along SC Highway #9 eastbound will be limited, and traffic between Beaver Dam Road and SC Highway #9 on Richburg Road (Hwy #99) will be blocked until further notice.

Residents in this area are asked to stay inside and lock their doors. It is important that citizens remove valuables and firearms from vehicles and lock their vehicles.

Residents in this area are asked to stay inside and lock their doors. It is important that citizens remove valuables and firearms from vehicles and lock their vehicles.

At around 10:30 a.m., Terry was discovered lying on the ground after allegedly being spotted walking across a road the day before–a spotting that resulted in Monday’s massive law enforcement perimeter and push, according to Raleigh-based CBS affiliate WNCN.

“Yesterday we got a break. He was seen running across Highway 9,” Chester County Sheriff Max Dorsey said in comments to Charlotte-based Fox affiliate WJZY. “Tyler Terry made a mistake. He was seen crossing the road.”

The suspect, wanted in connection with four murders in South Carolina and Missouri, was reportedly taken to a nearby hospital after being apprehended.

On May 17, the search began. Terry, reportedly homeless and living in the woods, was originally wanted in connection with the May 2 murder of 35-year-old Thomas Hardin and two other unrelated shootings in South Carolina. After allegedly crossing state lines with Adrienne Simpson, 34, the pair became the lead suspects in two robberies-turned-murders in Missouri. Terry is also accused of murdering Simpson’s husband, Eugene Simpson, who was reported missing by his mother on May 2. According to court documents filed by Chester County prosecutors, Adrienne Simpson admitted that she and Terry shot her husband and then dumped his body in a ditch earlier this month, according to WCNC. 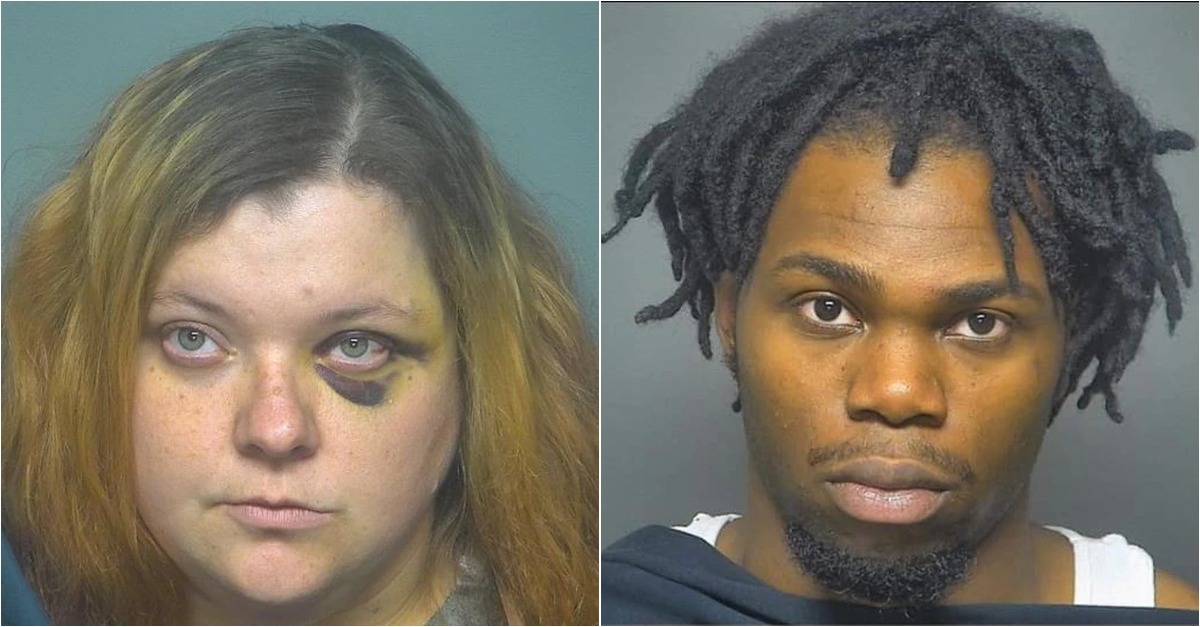 “This modern-day version of Bonnie and Clyde do several violent crimes in South Carolina and travel across the country,” Joseph Spiess, Jr., chief of the Brentwood Police Department, said during a press conference. “What they did between South Carolina and Missouri we don’t know yet. That’s a part of what they are going to be checking on, and obviously, South Carolina and every state in between.”

Investigators said they eventually linked the two Missouri murders based on ballistics testing.

Also last Thursday, Terry and Simpson are alleged to have led South Carolina law enforcement on a lengthy high-speed chase that ended in a crash. Terry is accused of firing shots at Chester County deputies. Simpson was arrested and charged as an accessory after-the-fact in the Hardin murder. Terry is believed to have slipped into an adjacent wooded area where he was able to remain hidden for several days.

He is currently being held in the Chester County Jail.

“Relieved to learn @ChesterSheriff has taken Tyler Terry into custody and no one was hurt,” the FBI’s Charlotte office tweeted in support. “Everyone is safe, including Terry. Thank you to all the law enforcement agencies who helped Chester County.”