‘We Have Two Families Who Are Completely Destroyed’: Police Charge 17-Year-Old with Murder After Three Teens Are Shot While Walking Home from School 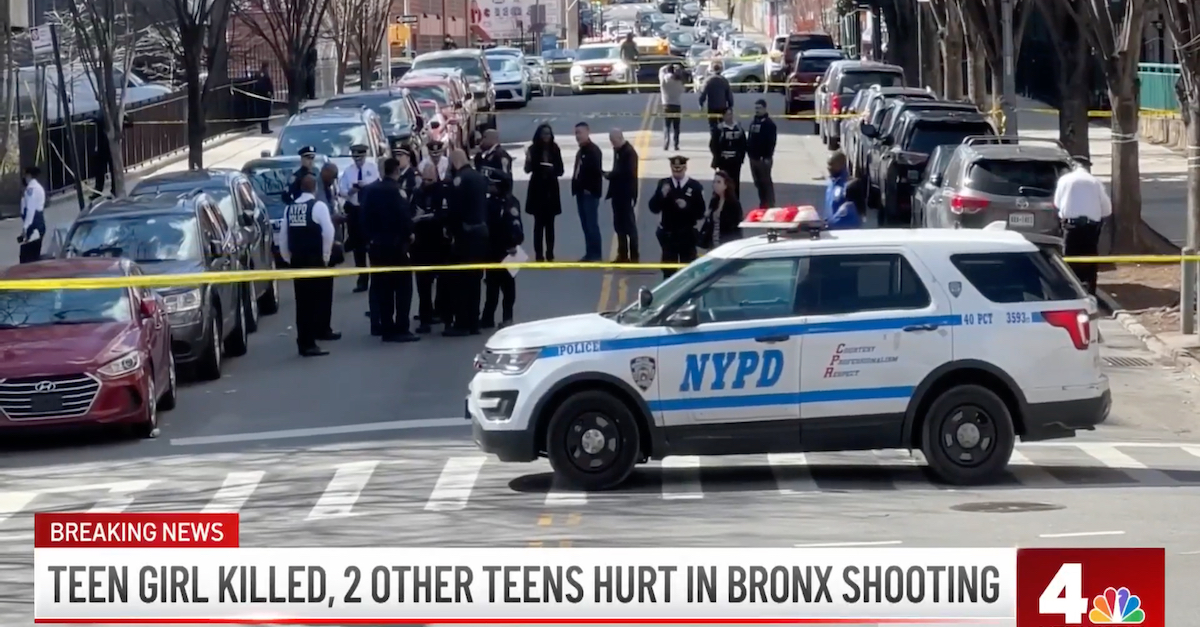 A teenager is charged with murder after three other teens were struck by gunfire while walking home from school in the Bronx on Friday, the NYPD announced during a Saturday press conference.  One of the teens died from the shooting.

The police said yesterday that the three victims were a Angellyh Yambo, 16, who was shot in the chest; a second 16-year-old girl who was shot in the shin; and a 17-year-old boy who was struck in the buttocks.  Yambo died from the attack at Lincoln Hospital at about 2:14 p.m. — about half an hour after the shots rang out.

Yambo was a student at Bronx Preparatory Charter School, the police indicated.

“We believe that they are coming from school, that they were headed home,” Deputy Police Chief Timothy McCormack said during a Friday press conference carried by multiple New York City television stations.

NYPD Commissioner Keechant Sewell said the victim was a “young woman with a bright future” and said the “criminals opened fire during a dispute.”

“The gentleman on the east side of the street pulls out a firearm and discharges his firearm in the westbound direction,” McCormack said.

The three victims were walking further east on the south side of East 156th Street near Caldwell Avenue, McCormack continued.  They appear to have been innocent bystanders who were struck during the barrage of bullets, the police indicated.

McCormack said Friday that the NYPD had recovered surveillance video of the shooting and that the video is what allowed the authorities to ascertain how the argument and the shooting unfolded.

On Saturday, the police said they had identified the shooter as Jeremiah Ryan, 17.  Sewell said Ryan was charged with murder, attempted murder, and criminal possession of a weapon.

A so-called “ghost gun” may have been the alleged murder weapon, the police said.

McCormack said Ryan was arrested Friday night after “excellent” work by city detectives but said the investigation was still unfolding.

McCormack confirmed that officers recovered six shell cases. Two of the victims were half a block away; the third was a full block away, he said.

“We have two families that are completely destroyed right now: our victim’s family and our shooter’s family,” McCormack added.

The deputy chief described the suspect’s mother as “a hard-working woman raising a child that has zero police contact at all” — a son who allegedly “goes from smoking marijuana to killing somebody.”

The police declined to take additional questions about the matter.

[image of the scene via WNBC-TV screengrab]