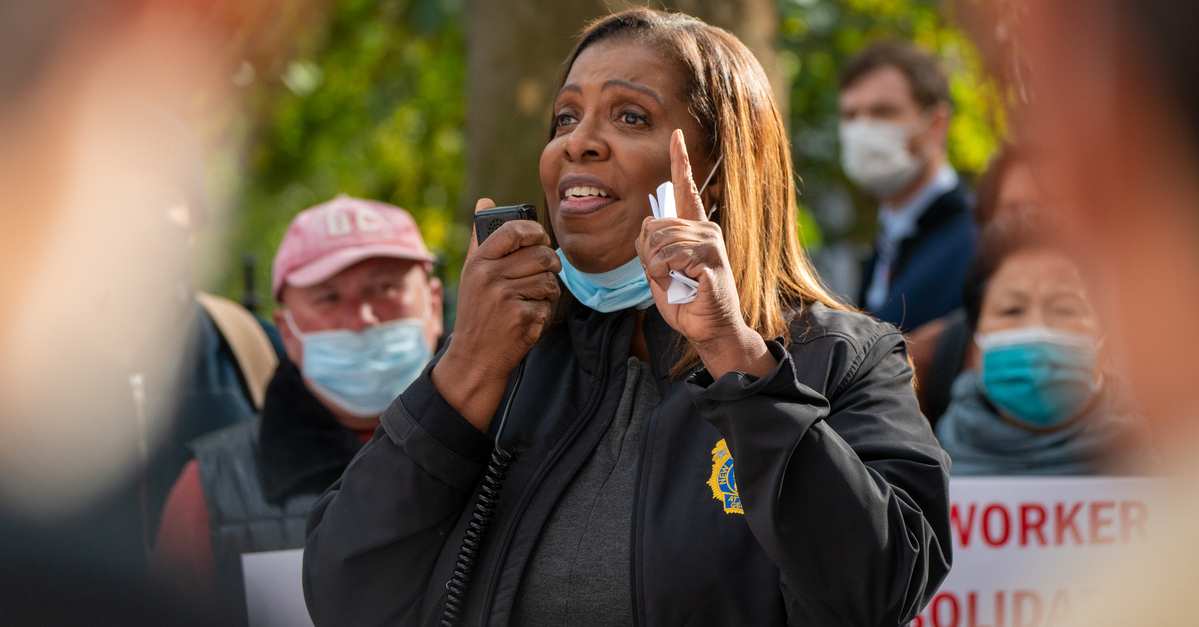 In a 29-page motion to compel, the attorney general’s office alleges that Cushman & Wakefield has refused to comply with subpoenas concerning their appraisals for three Trump-owned properties: (1) the Trump family’s palatial Seven Springs Estate in Westchester County, N.Y.; (2) the Trump National Golf Club in Los Angeles, Calif.; and (3) the 40 Wall Street office building in downtown Manhattan.

James accuses the firm of refusing to comply with two subpoenas issued in September 2021 and February 2022, respectively. The first subpoena “seeks information and documents concerning Cushman’s relationship with the Trump Organization” while the second subpoena “sought additional appraisals from five Cushman appraisers who prepared the reports at issue,” the motion to compel notes.

“Cushman has no basis to refuse to comply with the subpoenas at issue here,” the filing reads before going on to note that the company itself requested the September 2021 subpoena in order to supplement a prior subpoena before “belatedly” and “formally” refusing to comply with that subpoena in full last week.

“Documents concerning Cushman’s relationship with the Trump Organization are plainly relevant and the requests are reasonable in scope,” the AG’s office then said.

The attorney general has raised concerns for years that the Trump Organization inflated the values of various assets in order to obtain favorable terms for loans and insurance coverage while also deflating the value of other assets in order to reduce their real estate taxes.

In a press release, James alleged that “evidence indicates that the Trump Organization submitted fraudulent or misleading valuations of conservation easements” related to the Seven Springs estate and the Los Angeles golf club in order to obtain untoward tax deductions. An easement is a real estate law term of art that refers to a limited grant of land. Those allegedly off-base easement valuations “involved appraisals issued by Cushman,” the press release says.

RELATED: Donald Trump May Have ‘Falsely and Fraudulently’ Valued Assets, and Eric Trump Took the Fifth to More Than 500 Questions: New York AG

The motion is heavily redacted, and the allegations concerning the Wall Street building are less explicit. However, the attorney general’s office has pointed to various and widely fluctuating valuations of the property prepared by the company over several years.

“Cushman issued three appraisals to Capital One Bank in 2010, 2011 and 2012 in connection with a $160 million mortgage on the property,” the filing notes. “Cushman prepared another appraisal for Ladder Capital Finance LLC in June 2015, in connection with a $160 million refinancing of the loan on 40 Wall Street. That appraisal was incorporated into the underwriting of the loan and was reported to securities investors as part of two transactions securitizing portions of the loan into commercial mortgage-backed securities.”

The press release spells out those issues a bit clearer:

Cushman issued multiple appraisals of 40 Wall Street in downtown Manhattan. Cushman issued three appraisals to Capital One Bank between 2010 and 2012, valuing the Trump Organization’s interest in the property between $200 million and $220 million. In 2015, that same Cushman team prepared another appraisal on the property for Ladder Capital Finance LLC, this time, valuing the building at $550 million. That appraisal was used by the Trump Organization to secure a loan. The [attorney general’s office] is seeking additional information related to these appraisals.

Additionally, the company claims the law enforcement efforts infringe on confidentiality obligations owed to its clients and that the attorney general’s office is engaged in a campaign of “harassment” that, in part, amounts to an “unfettered attempt to rifle through C&W’s records and generally pry into C&W’s corporate affairs.”

In response to those harassment concerns, the attorney general’s office writes that “[t]hose objections are nonsense.”

Read the full motion to compel below: