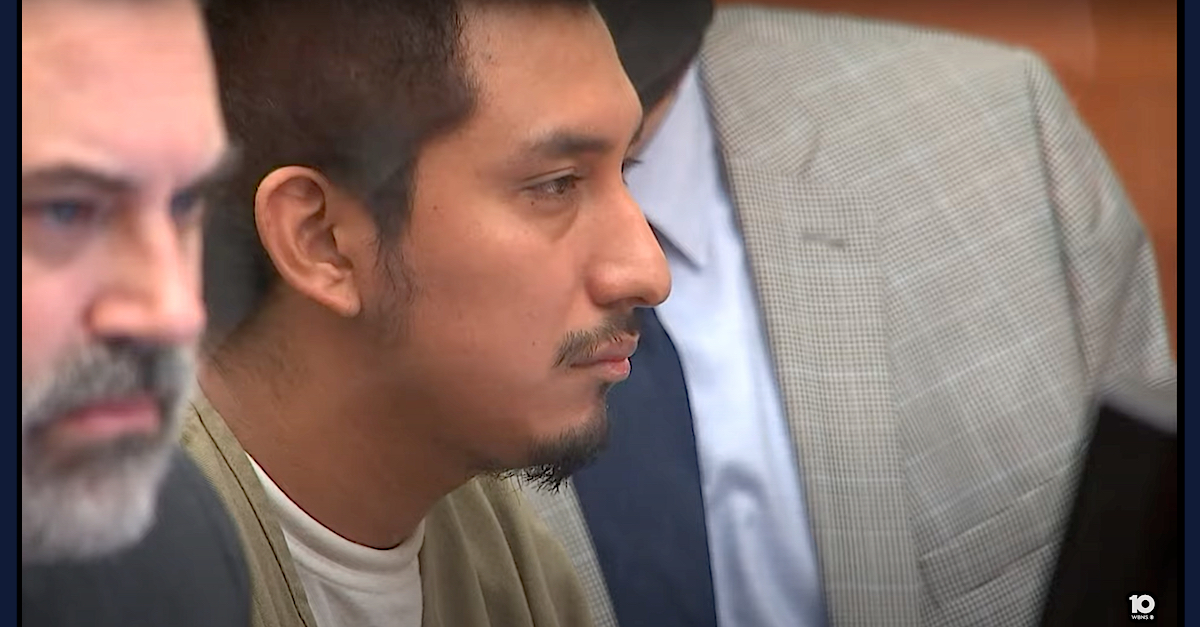 A trial date for a 27-year-old man charged with raping and impregnating a then-9-year-old Ohio girl has been rescheduled.

Gerson Fuentes is charged with two counts of rape involving a victim “less than ten years of age,” according to an indictment on file in Franklin County, Ohio’s Court of Common Pleas. One of the two counts involves allegations between Jan. 1, 2022 and May 11, 2022. The other count involves an alleged May 12, 2022 incident. Fuentes pleaded not guilty to the counts against him, the court docket indicates.

A trial date originally (and perfunctorily) set for Oct. 13 has been shoved back to Jan. 9, 2023 at 9:00 a.m., according to court paperwork reviewed by Law&Crime.

“Gerson Fuentes,” an indictment alleges, “did engage in sexual conduct, to wit: vaginal intercourse, with [redacted] who was not the spouse of the offender, whose age at the time of the said sexual conduct was less than thirteen years of age, to wit: nine years old, whether or not the offender knew the age of [redacted]. Furthermore, the victim was less than ten years of age.”

During a Thursday morning court hearing, defense attorneys for Fuentes said they needed to review police body camera footage of law enforcement interactions with the defendant, according to Columbus, Ohio ABC affiliate WSYX.  The rationale for that move, according to the TV station, was so the defense could “make sure all procedures were followed.”

Prosecutors have called Fuentes an “undocumented immigrant from Guatemala,” according to WSYX — a move that has been seized upon by critics of the case, including recently by U.S. Senate Candidate JD Vance (R) of Ohio.

If the reported “confession” was not voluntarily, or if other constitutional norms were not followed, defense attorneys could challenge it.

The Fuentes case generated national controversy when the victim traveled to Indiana to secure an abortion in the aftermath of the U.S. Supreme Court’s decision in Dobbs v. Jackson Women’s Health to overturn Roe v. Wade. Doctors in the victim’s home state of Ohio reportedly told the victim’s mother that the abortion likely wouldn’t be legal there.

The victim turned ten years old before obtaining the abortion in Indiana. The procedure in that state led to politically charged accusations that the doctor who performed the procedure, Dr. Caitlin Bernard, had filed the appropriate paperwork to document the matter; it turned out that she had.

The requisite forms were revealed publicly one day after Indiana Attorney General Todd Rokita, a Republican, indicated on both FOX News and in a press release that he was “investigating” the situation because Bernard, in his view, had a “history of failing to report” abortions.  Therefore, he said in the press release, he would “not relent” until he was sure Bernard had not committed “a crime in Indiana” or any other behavior that “could also affect her licensure.”

“We’re going to fight this to the end, including looking at her licensure, if she failed to report, and in Indiana it’s a crime to not report, to intentionally not report,” Rokita threatened on FOX News just one day before journalists obtained proof that Bernard had, indeed, filed the necessary documentation.

On July 19, Bernard filed a Notice of Tort Claim against Rokita and the office of the Indiana Attorney General for making false statements against her. The state has 90 days to investigate or settle the claim before Bernard can file a defamation lawsuit, Law&Crime has previously noted.

A conviction for Fuentes could result in a sentence of life without parole, according to WSYX.