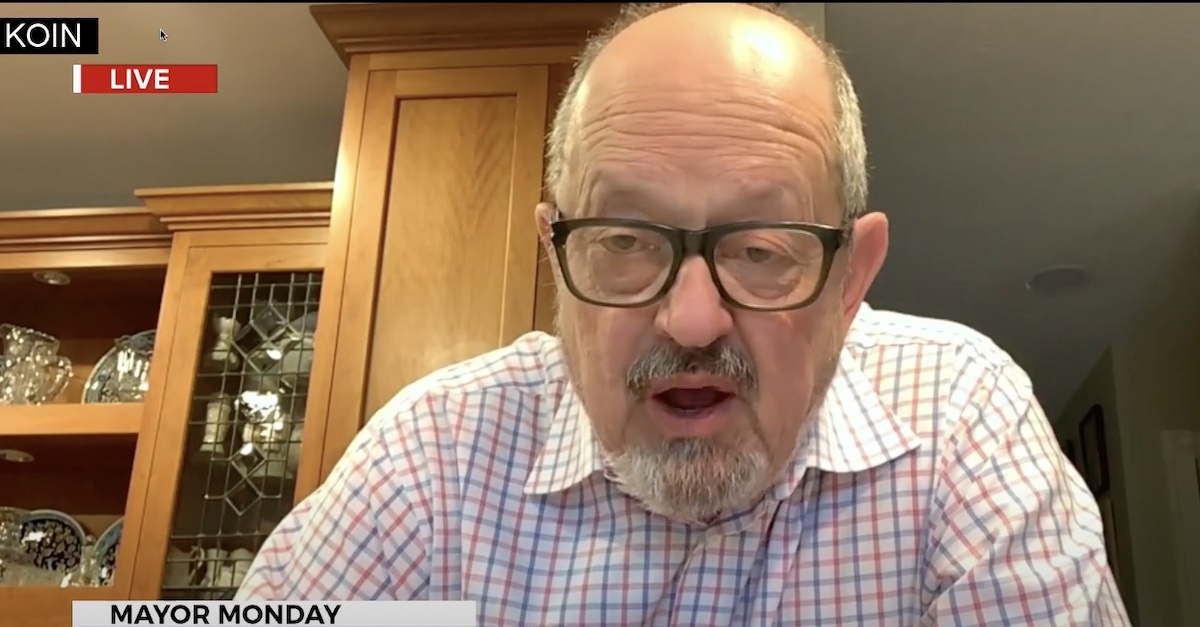 The 74-year-old former mayor of a prominent Oregon city has admitted to illegally possessing child pornography depicting images of pre-teens while he was in public office. Dennis “Denny” Doyle on Tuesday waived indictment and formally pleaded guilty to one felony count of possession of child pornography in the U.S. District Court for Oregon, records reviewed by Law&Crime show.

As previously reported by Law&Crime, Doyle, a Democrat, served three terms as the mayor of Beaverton beginning in 2008 and was in office at the time of this alleged offense. His bid for a fourth term failed when he lost in a run-off back in 2020.

“[B]etween November 2014 and December 2015, Doyle knowingly and unlawfully possessed digital media containing child pornography,” the U.S. Attorney’s Office for the District of Oregon said in a press release. “Several of the images Doyle possessed were of children under the age of 12 who had been identified as known sexually exploited minors by the National Center for Missing and Exploited Children (NCMEC).”

Doyle reportedly made a brief comment while leaving the courthouse after pleading guilty.

“You know, we make mistakes,” Doyle said, according to a report from The Oregonian.

While several of the court documents filed in the case against Doyle remain under seal, the forfeiture terms of the plea agreement require that he turn over “one purple 64GB Lexar USB thumb drive” which he admits was “used to commit defendant’s criminal activity.”

The Oregonian reported that “an old computer thumb drive containing the pornography and other personal material belonging to Doyle was turned over to authorities” resulting in the FBI’s Child Exploitation Task Force in Portland to open an investigation into its provenance. It is unclear who found the thumb drive or where it was found.

According to the plea agreement, Doyle faces up to 20 years in prison and a maximum fine of $250,000.

U.S. Attorney for the District of Oregon Natalie Wight and Doyle’s attorney, Assistant Federal Public Defender Elizabeth Daily, will submit a joint sentencing recommendation in the coming months. According to the agreement, Wight will recommend that Doyle serve a sentence of one year and one day in federal prison.

Prosecutors will also formally recommend that after his release, Doyle spend five years on supervised release and register as a sex offender.

By pleading guilty to the single felony count, Doyle is precluded from voting or running for public office during his incarceration. Those rights will be restored upon his release.

In 2008, then-Beaverton City Councilor Doyle was honored by the Boy Scouts of America as its “Citizen of the Year.” The Oregonian published a small item about Doyle getting that honor. It read:

Doyle was recognized during an Oct. 22 ceremony for his longtime community service and work with youth sports. He founded Westside Metros Soccer Club, served on the Westside Recreational Soccer Club Board, and has been a board member of the Beaverton Baseball and Softball Association.

Doyle will remain out of custody until his sentencing in January. He is prohibited from having any direct or indirect contact with anyone under the age of 18 with prior approval from a pretrial supervision official.