‘This is Obvious Child Torture’: Houston Couple Indicted for Capital Murder in Death of 8-Year-Old Who Likely ‘Suffocated on Blood from His Broken Teeth’ 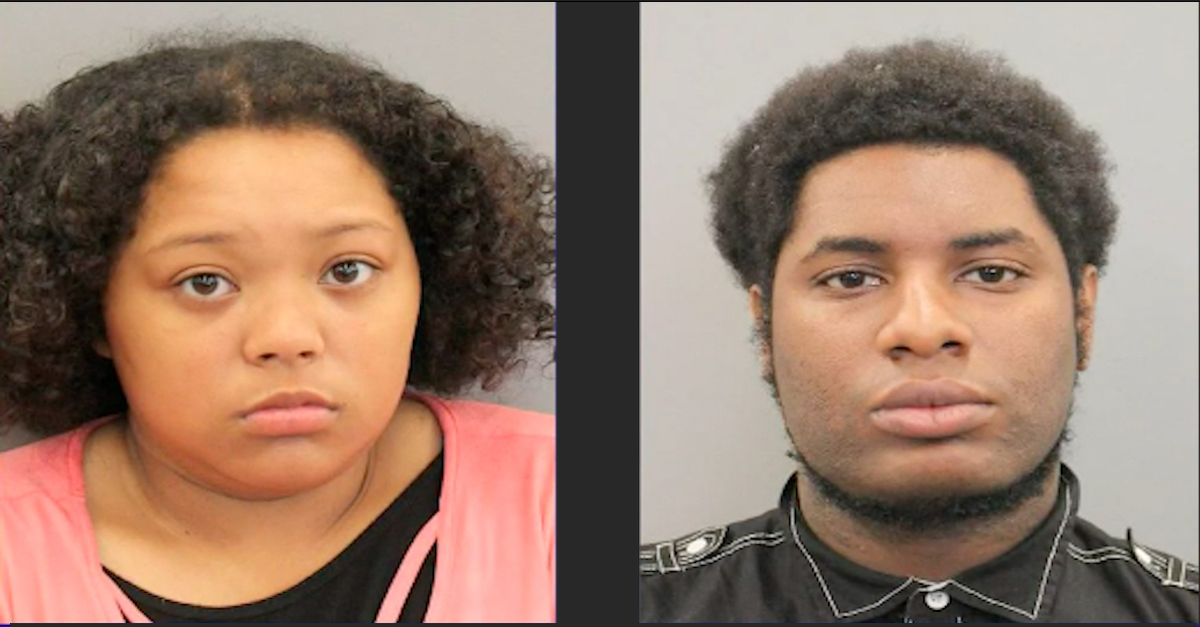 Content Warning: This story contains some details of an alleged case of extreme physical and sexual child abuse; it may be upsetting to readers.

Prosecutors in Texas have secured a grand jury indictment against a 25-year-old mother and her 29-year-old boyfriend in the horrifying death of the woman’s 8-year-old son. Authorities say the boy was tortured for months before being brutally murdered in a motel room bathtub.

A grand jury in Harris County on Thursday returned indictments on the charge of capital murder of a child under age 10 for both Kayla Holzendorf and Dominique Lewis in the death of Keyontae Holzendorf, the district attorney’s office announced.

“The way this little boy died is almost unthinkable and absolutely horrifying” Harris County District Attorney Kim Ogg said in a statement. “We believe he was handcuffed, bound at the ankles and legs with ligatures and duct-tape, had his mouth taped shut and was beaten so severely that he either died from blunt force trauma or suffocated on the blood from his broken teeth.”

If convicted, Holzendorf and Lewis face life in prison or the death penalty. Prosecutors said they have not decided whether to pursue capital punishment.

As previously reported by Law&Crime, the couple on March 24, 2021 at approximately 11:00 p.m. called 911 and reported that a child had drowned at the Quality Inn & Suites located at 2930 W. Sam Houston Parkway. Officers with the Houston Police Department and Emergency Medical Technicians responded to the scene.

Upon arriving at the motel, first responders found an unresponsive Keyontae on the bathroom floor. He was soaking wet, and there was still steam in the bathroom, prosecutors said. Police also noted that Lewis had water on his clothing.

Medics performed CPR and transported Keyontae to Texas Children’s Hospital in Houston. Doctors attempted to resuscitate the child, but he succumbed to the injuries and was pronounced dead shortly after arriving.

Holzendorf and Lewis initially told police that they were both asleep when the boy drowned in the bathtub and claimed they didn’t know what happened. However, officers on the scene reportedly said that the child had clearly sustained a plethora of injuries both old and new that were indicative of long-term physical abuse.

Prosecutors said that Keyontae’s injuries included “severe ligature marks on his ankles and wrists (from handcuffs), broken teeth, and large pieces of skin missing from his thigh, chest, upper arms, and genitalia, consistent with duct tape being ripped off frantically.” Police previously said that Keyontae sustained “burns to the shaft of his penis, bruising to the left side of his forehead, a laceration to the left ear, small puncture wounds to different places and ligature marks on his ankles and wrists.”

Investigators reportedly found pieces of duct tape with human hair stuck to them discarded in the motel room trash bin along with a pair of handcuffs.

The couple told police that Keyontae had not been to school for approximately a year and a half, per prosecutors. They allegedly said they began each day by purchasing a large package of muffins from HEB, an area grocery store, then putting them in a basket and making Keyontae sell them in a Kroger’s parking lot by saying they were baked by him mom. Kroger’s is another area grocery store.

Holzendorf eventually told investigators that she and Lewis locked Keyontae in the bathroom so they could have sex. She allegedly claimed the boy was dead when they checked on him later.

“This is obvious child torture, and the evidence is clear that the defendants acted intentionally; it was capital murder,” said Assistant District Attorney Gilbert Sawtelle, who is prosecuting the case and is a chief in the DA’s child fatality division.

According to the DA’s office, a committee of senior prosecutors typically decides whether to seek the death in a case several months after the charges are filed.

Holzendorf and Lewis have both been detained at the Harris County Jail Facility since their initial arrest. Records indicate that their bonds were revoked following the capital punishment indictment.