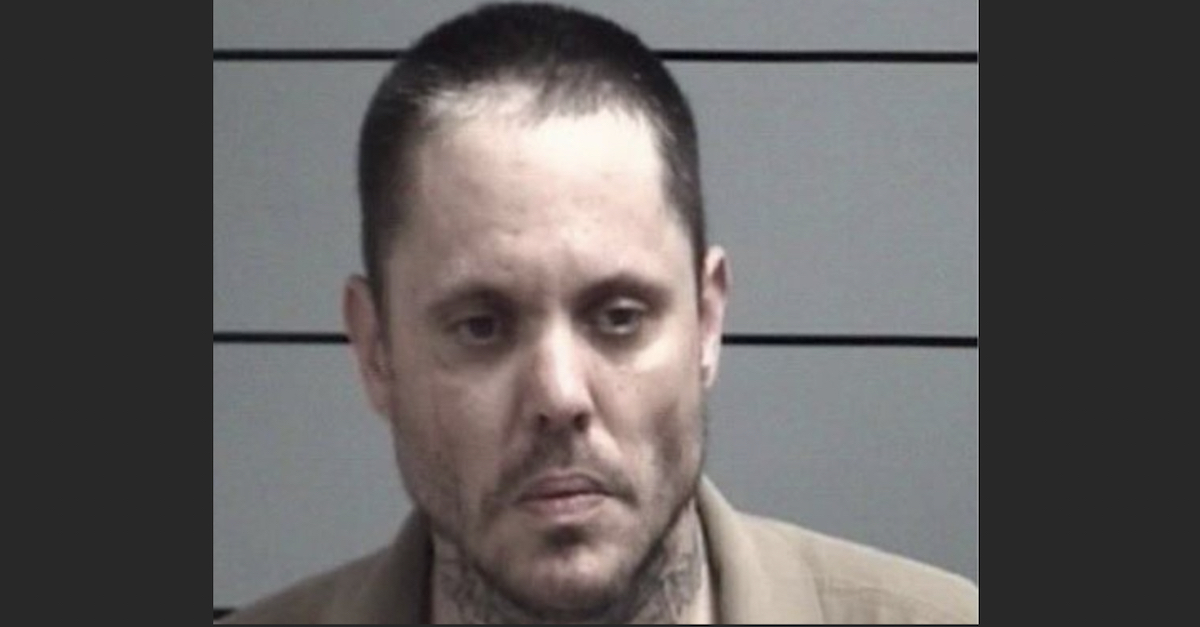 A judge in Indiana handed down the maximum sentence to a father charged in connection with the brutal death of his infant daughter. Marshall Superior Court Judge Matthew E. Sarber on Friday sentenced Kenneth Robert Lain, 42, to serve two years and six months in prison after one of Lain’s friends murdered 11-month-old Mercedes Lain while babysitting in August 2021, court records reviewed by Law&Crime indicate.

Lain in January pleaded guilty to one count of neglect of a dependent, a Level 6 felony, for endangering the life of his infant daughter by placing her in the care of 37-year-old Justin Miller. Miller last year admitted that he “backhanded” the little girl in the head multiple times while high on synthetic marijuana then buried her remains in a shallow grave. Miller was sentenced to the maximum 65 years behind bars for the child’s murder.

Judge Sarber also credited Lain, who has been locked up since his arrest in August 2021, with earning six months of “good time” credit. Under Indiana state law, individuals incarcerated for certain misdemeanors and low-level felonies can earn an additional day off of their sentence for each day of completed with good behavior, meaning Lain’s six months in jail have earned him one year of credited time served. If his behavior continues to earn his good time credit, the remainder of Lain’s sentence could last only nine more months.

“Mercedes was living in the Economy Inn and the living conditions there were one of the bases of neglect of a dependent, along with transferring temporary custody to Justin Miller who had a background that no self-respecting parent would turn their infant child over to,” Chipman reportedly said.

“Tragic result with Mercedes,” he added.  “It’s one of those chapters that affects a lot of people who didn’t even know the people involved. It’s not just the family that suffers.”

Chipman also noted that Lain had previously been convicted of neglect of a dependent in 2016 and was sentenced to two years in prison with one year of the sentence suspended. He was then ordered to serve the suspended year after violating the terms of his probation, court records show. Lain has also been convicted of several other felonies, many of which include methamphetamine possession.

“All those aggravators put together to justify the judge giving him the maximum amount that he could,” Chipman told WNDU.

Mercedes’ mother, Tiffany Coburn, also pleaded guilty to one count of neglect of a dependent. She is scheduled to be sentenced on Feb. 25.

Court documents say that Mercedes’ parents dropped her off with Miller, whom they referred to as a “family relative,” on Friday, Aug. 13 because the couple was having a hard time and needed “a break” from parenting.

The couple said Miller was supposed to bring Mercedes back home two days later on Sunday, Aug. 15. After dropping off Mercedes with Miller, “both parents attempted to get a hold of Miller numerous times and could not contact him,” court documents state. When they finally reached him on Aug. 15, Miller allegedly told the couple that he had left Mercedes with a neighbor because Lain and Coburn weren’t home.

When he awoke on the morning of Aug. 14, Miller said he got out of bed and “rolled a joint of synthetic” before seeing Mercedes’ lifeless body. Upon realizing the child was dead, he went to a neighbor’s house and borrowed money for gas; he then grabbed the Mercedes’ body and buried her in a remote wooded area in Starke County.

He then lied and told Lain and Coburn he had dropped Mercedes off at a neighbor’s home.