Child of Ryan Garstecki, Amber Martinez Had Fentanyl in System

‘The Child Had Cocaine and Fentanyl in His System’: New Details Emerge as Parents Face Murder Charges in 14-Month-Old Son’s Death 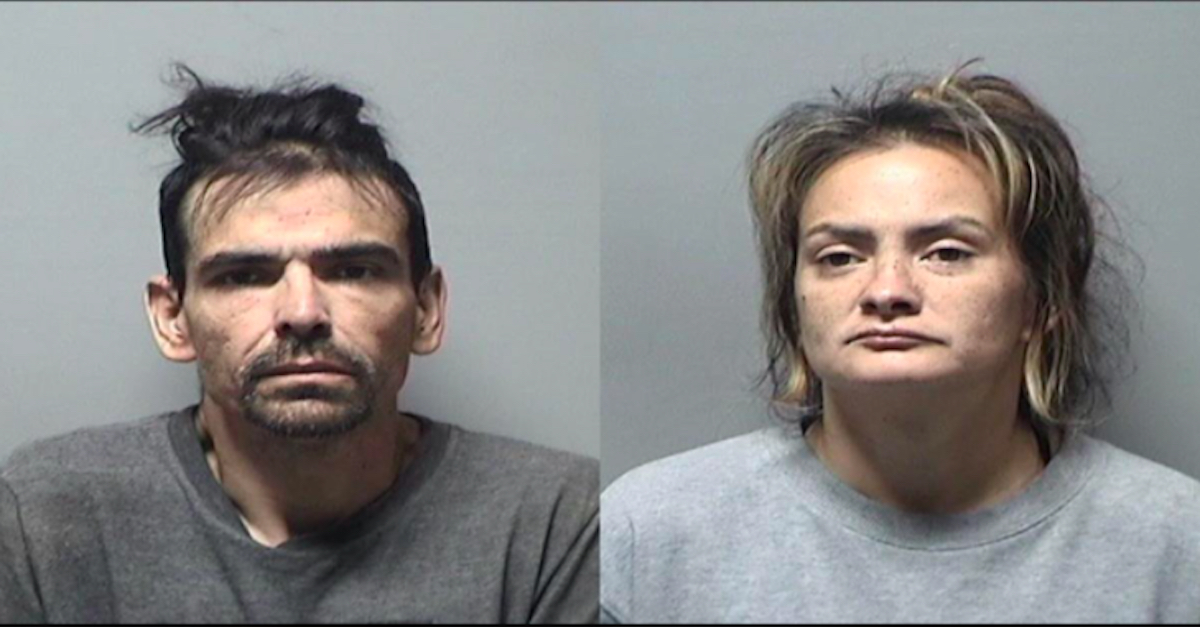 The infant son of a Michigan couple who died in August was found to have both cocaine and fentanyl in his system at the time of his death, police said. The same illegal drugs also turned up in the blood of the young boy’s parents, Ryan Garstecki, 42, and his wife Amber Martinez, 33. Both parents are facing murder charges in connection with the baby’s death.

The latest details were revealed by an investigator who testified during a preliminary hearing Wednesday morning in Saginaw County District Court, according to a report from MLive. The parents were charged in August with one count each of second-degree child abuse and second-degree murder in the death of their 14-month-old son, Jesse James Martinez Garstecki.

According to the report, Saginaw County Assistant Prosecutor Lori B. Selvidge questioned Officer David Wheaton, who responded to the early morning call on Aug. 17 about an unresponsive child at the couple’s home in the 700 block of Stephens Street.

Jesse had been pronounced dead at the scene before Wheaton arrived, the officer reportedly told the court. Wheaton said that when he initially tried to speak with Martinez, she “just kept repeating, ‘My baby, my baby.” He described her as “very frantic” and “very sad” before she was able to describe what happened.

“She just advised me, let me know that she and Mr. Garstecki ended up getting into an argument,” Wheaton reportedly testified. “She went out to her vehicle at approximately 2 a.m. and came back in in the morning and saw the baby was face down in Mr. Garstecki’s lap, in his crotch region, and she instantly called police.”

Selvidge then called Saginaw Police Detective Natasha McNab to the stand. McNab was the first investigator to speak with Martinez and later interviewed Garstecki as well.

McNab reportedly described Martinez as “all over the place,” with “her emotions going up and down.” On the other hand, she reportedly said Garstecki “didn’t have a lot of emotions” and was “very kind of zoned out.”

McNab reportedly testified that Garstecki said he and Jesse fell asleep on his bed shortly after he fed the infant, and that the next thing he remembered was waking up to Martinez “in a panic” with “the deceased child at the foot of the bed.” He reportedly clarified that “no part of his body was touching the child.”

Garstecki reportedly confirmed that he and Martinez had both used heroin before finding their son dead. McNab said a toxicology report revealed both cocaine and fentanyl in Garstecki’s system.

Martinez reportedly denied using drugs and “turned defensive” when McNab first broached the topic, but later admitted to using heroin both “throughout the day” and after having a fight with Garstecki at approximately 2 a.m. Martinez similarly tested positive for having cocaine and fentanyl in her system.

When asked what Jesse’s toxicology test revealed, McNab reportedly responded, “The child had cocaine and fentanyl in his system.”

“So the same drugs the parents both had, the child had?” Selvidge reportedly asked.

“And nobody ever mentioned that his was a possibility?”the prosecutor asked.

“No,” responded the detective.

Under questioning by Garstecki’s attorney, William D. White, McNab reportedly said the man “appeared to be under the influence of a narcotic” during his interview with police.

White and James F. Gust, the lawyer who represents Martinez, asked the judge to dismiss the murder charges, reportedly arguing that neither person intended to kill Jesse.