Assistant Director Told Deputies He ‘Should Have Checked’ Every Round in Alec Baldwin’s Gun ‘But Didn’t’: Search Warrant 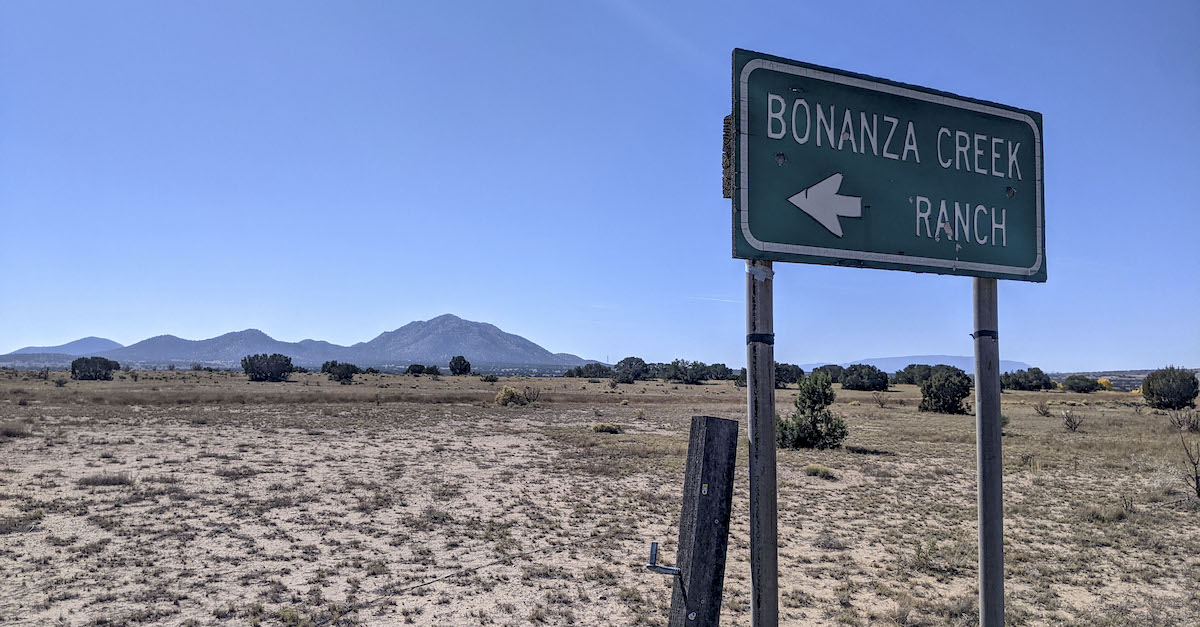 A sign points to the direction of the Bonanza Creek Ranch where a fatal shooting occurred on a movie set on October 22, 2021 in Santa Fe, New Mexico. Director of Photography Halyna Hutchins was killed and director Joel Souza was injured on set while filming the movie “Rust” with actor and producer Alec Baldwin.  (Photo by Sam Wasson/Getty Images)

A New Mexico magistrate judge has issued a search warrant for a “prop truck” used on the set of the Alec Baldwin film where a cinematographer was killed and a director injured by gunfire last week. That’s according to a document signed Wednesday, Oct. 27. The warrant contains a narrative of what the film’s armorer, Hannah Gutierrez, told authorities about what led up to the fatal shooting of cinematographer Halyna Hutchins, 42, and the wounding of director Joel Souza, 48.

Gutierrez was responsible for handling the guns and ammunition; assistant director David Halls was described in previous documents as having announced that the gun was “cold” or did not contain live rounds. The new document addresses yet simultaneously raises questions about a gap in time first made public in previous search warrants between when Gutierrez initially checked the guns and when they were eventually used in the fatal rehearsal. It also contains what may prove to be key admissions from Halls about the safety checks — or lack thereof — that occurred prior to the deadly incident.

From the document at length:

Hannah advised on the day of the incident, she checked the “dummies” and ensured they were not “hot” rounds. Affiant also learned the crew broke for lunch, the firearms were taken back and secured inside a safe on a “prop truck” on set. During lunch, she stated the ammo was left on a cart on the set, not secured. Hannah also advised that ammo was also kept inside the “prop truck.” Hannah sated after lunch, Sarah Zachary [reportedly a prop master] pulled the firearms out of the safe inside the truck, and handed them to her. She advised there are only a few people that have access and the combination to the safe. During the course of filming, Hannah advised she handed the gun to Alec Baldwin a couple times, and also handed it to David Halls. When Affiant asked about live ammo on set, Hannah responded no live-ammo is ever kept on set.

Halls also spoke to the authorities. Again, from the warrant document:

During an interview with David Halls, when Affiant asked David about the safety protocol on set in regards to firearms, he advised, “I check the barrel for obstructions, most of the time there’s no live fire, she (Hannah) opens the hatch and spins the drum, and I say cold gun on set.” David advised when Hannah showed him the firearm before continuing rehearsal, he could only remember seeing three rounds. He advised he should have checked all of them, but didn’t, and couldn’t recall if she spun the drum.

The narrative continues with additional details and a reaffirmation of some of those stated above.

Affiant learned after the gun was fired, David Halls picked up the firearm from a pew inside the church, and took it to the Armorer (Hannah Gutierrez). Hannah then was told to “open” the gun so he could see what was inside. David advised he could only remember seeing at least four “dummy” casings with the hole on the side, and one without the hole. He advised this round did not have the “cap” on it and was just the casing. David advised the incident was not a deliberate act. When Affiant asked David about the safety protocol on set in regards to firearms, he advised, “I check the bar for obstructions, most of the time theres no live fire, she (Hannah) opens the hatch and spins the drum, and I say cold gun on set.” David advised when Hannah showed him the firearm before continuing rehearsal, he could only remember seeing three rounds. He advised he should have checked all of them, but didn’t, and couldn’t recall if she spun the drum.

The warrant then contains a rehash of key information released publicly earlier in the case. Among the details was a statement by Souza that suggested the guns were checked before the crew broke for lunch. Filming subsequently resumed. Again, from the warrant:

Joel explained that prior to the discharge of the firearm by Actor Alec Baldwin, they had been working on preparing for the scene before lunch. Joel said they broke for lunch around 12:30 p.m. and had to be shuttled to an area away from the set. Joel advised they returned back to the set after lunch, although he is not sure if the firearm was checked again. Joel state they had Alec siting in a pew in a church building setting, and he was practicing a cross draw. Joel said he was looking over the shoulder of Halyna, when he heard what sounded like a whip and then loud pop.

According to the warrant, an uninjured cameraman named Reid Russell returned from lunch to find “Alec, Joel, and Halyna . . . already in possession of the firearm and had been preparing for the scene.”

Russell said “[h]e was not sure if the firearm had been checked due to his absence of the five minutes.”

The cameraman also told authorities that “about six individuals” walked out on the production after penning “a letter to production on disagreements” regarding “payment and housing.” 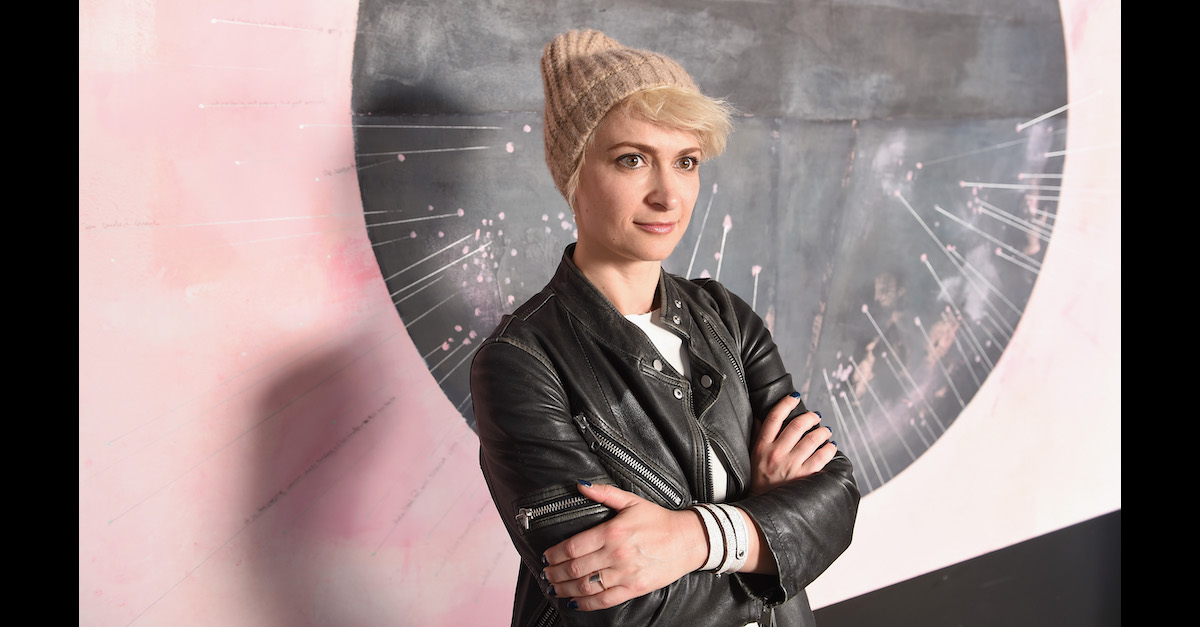 The truck to be searched is described as a white 2004 International DT466 with the New Mexico license plate KML927, contained a Marathon cargo box, the warrant says. According to the warrant, deputies are to look for firearms, firearm components, “documentation that establishes ownership of said firearm(s),” and “ammunition” of any type. They’re also looking to see whether there are any cameras, memory cards, gun safes, clothing, fingerprints, palm prints, footwear impressions, body fluids, hair, residues, or trace evidence that may be helpful in an investigation.

Investigators appear to be zeroing in on precisely who had access to what material during that time and whether any other individuals had access to the prop truck. The warrant explicitly states that the truck needed to be searched “[d]ue to the information received from Hannah” but is also clear that not “every fact related to this investigation” is included in the eight-page document.

Read the entire warrant — the third to be released in this case — here:

[Editor’s note: the third search warrant consistently misspells the name of shooting victim Halyna Hutchins as “Halayna.” We have used the correct spelling throughout this report.]