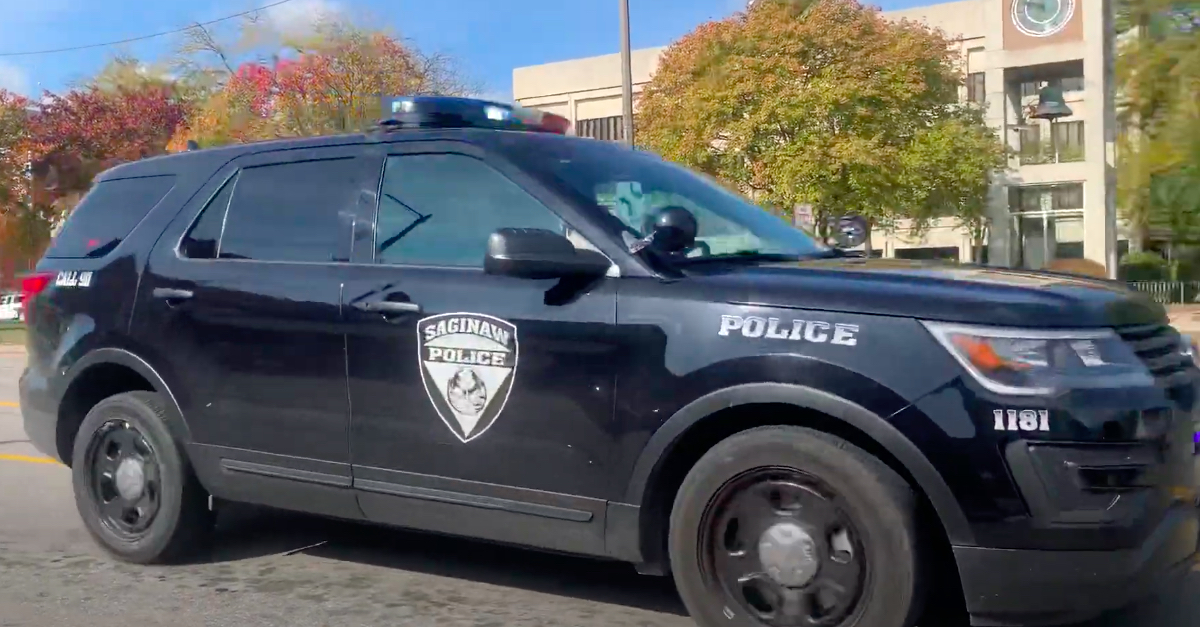 A married couple in Michigan is facing murder charges after prosecutors say their 14-month-old son died because of their negligence and “grotesque indifference” to his well-being, several local news stations reported.

According to the reports, 42-year-old Ryan Garstecki and 33-year-old Amber Martinez called the Saginaw Police Department at approximately 6:40 a.m. on Tuesday to report that their son, Jesse James Martinez Garstecki, was not breathing.

“Have a female screaming saying something about her son turning blue, have MMR heading that way,” a dispatcher says on the call, according to a report from local ABC affiliate WJRT-TV. “The female may have said ‘what did you do’ and started screaming.”

Officers with the Saginaw Police Department and emergency medical services arrived at the couple’s home on Stephens Street minutes later, but the first responders could not revive the baby; he was pronounced dead at the scene.

A website operated by a consortium of Michigan newspapers, MLive.com, reported that detectives quickly began treating the child’s death as a homicide. While the baby did not present obvious signs of trauma, Saginaw Police Detective Sgt. Matthew Gerow told the newspapers that investigators “suspected negligent actions that we believe led to this child’s death.”

They brought Garstecki and Martinez to the station for questioning where they were soon arrested on charges of second-degree child abuse and placed in detention at the Saginaw County Jail. A charge of second-degree murder was added soon after.

An autopsy on the baby has already been conducted, but authorities are awaiting the results of a toxicology report before officially ruling on the infant’s cause of death.

The two defendants appeared virtually before Saginaw County District Judge M. Randall Jurrens Friday afternoon.  They were each represented by attorney Matt Evans of the County Public Defender’s Office, who had previously represented Garstecki in prior drug-related cases, MLive reported.

“I talked to both of them,” Evans told the court. “They sort of indicated to me the baby was sleeping with them and somehow the baby, somehow, passed away. It’s not your typical type of murder case.”

Evans reportedly emphasized that neither parent had any history of violent crime and asked Jurrens to allow them to be released on bond.

Saginaw County Assistant Prosecutor Daniel G. Van Norman staunchly opposed bond for both, arguing that Garstecki and Martinez cared more about drugs than their own child.

“This tragedy arises out of something Mr. Evans alluded to: an extensive amount of drug use by both of these individuals,” Van Norman said. “Situations where there were repeated prior and recently previous [Child Protective Services] involvement because of these defendants’ obsession with drugs and leaving the child alone, leaving the child alone with a family dog, and on and on and on.”

Those comments prompted an outburst from Garstecki, who screamed, “That’s bullshit!”

According to a video of the proceeding archived on YouTube, Evans yelled at Garstecki to “stop talking.”

When a subsequent outburst occurred, the prosecutor suggested “maybe a contempt proceeding” should be called by the judge.

Van Norman wasted no time in using that opportunity against Garstecki.

“I think we’ve seen the defendant’s demeanor. His obsession with drugs, her obsession with drugs led to just a reckless, grotesque indifference toward the well-being of this child and as a result, the child died,” the prosecutor said. “In addition to what’s happened already, the rest of society needs to be protected from these people.”

Just before the video feed from the jail cut out, Martinez turned to Garstecki, kissed him, and the two embraced.