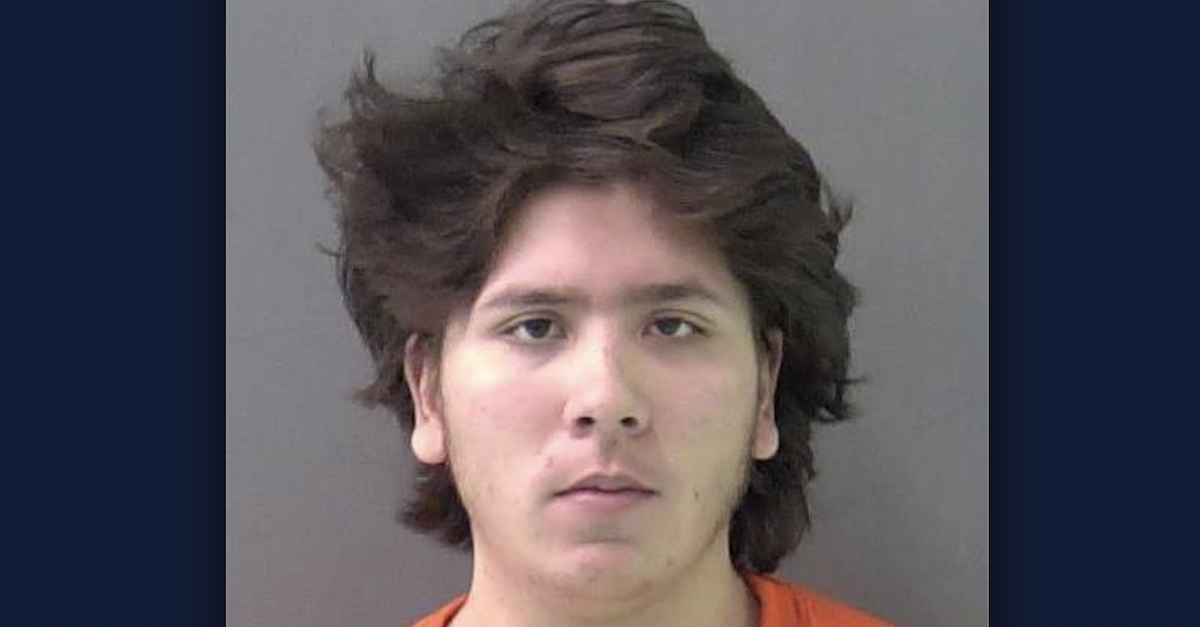 A Texas teenager was indicted for allegedly sexually assaulting and killing a dog at his home late last year.

A Bell County grand jury returned a true bill indicting  Gregory Moseley Lopez III, 18, on one count of bestiality in the presence of a child under the age of 18 or resulting in serious bodily injury or death, Waco CBS affiliate KWTX reported.

Under Texas law, the crime of bestiality is a state jail felony. The act is upgraded to a second-degree felony, however, if performed in front of a minor or if the offender causes serious bodily injury or kills the animal. A second-degree felony carries a minimum sentence of two years in prison.

According to an arrest affidavit obtained by KWTX, an officer with the Temple Police Department on Feb. 16, 2022 responded to Temple High School in connection with a report about a disturbing video being shown to a student. One student, later identified as Lopez, had reportedly shown another student a cell phone video in which Lopez could be seen sexually abusing and stabbing a canine.

The responding officer reportedly spoke directly with Lopez regarding the alleged video. Lopez initially denied having any knowledge about such a video, per the report. But upon further questioning, Lopez allegedly admitted to “cutting the dog with a knife and then sexually assaulting the dog.”

Lopez allegedly turned his phone over to the officer voluntarily. The officer then watched the video, reportedly writing in the affidavit that it showed Lopez doing just as he described.

According to the report, Lopez also told the officer that the dog in the video died one day after the video was filmed.

“Evidence from the phone showed that abuse and subsequent death of the dog took place in December 2021, at [Lopez’s] residence,” the affidavit reportedly states, though jail records reviewed by Law&Crime list the offense date as Feb. 18, 2022—when Lopez was initially booked.

Temple Police detectives and officials with the Bell County Animal Control Department obtained and executed a search warrant on Lopez’s home. Investigators reportedly retrieved the remains of the dog. The animal reportedly appeared to have sustained injuries consistent with what Lopez had previously described to police.

Another man in Texas earlier this year was arrested for allegedly killing puppies and leaving them in hotels in the Austin area, as Law&Crime previously reported.