Texas Inmate Wants Baptist Pastor to ‘Lay Hands Upon Him’ at Moment of Execution. The Fight May End Up at SCOTUS 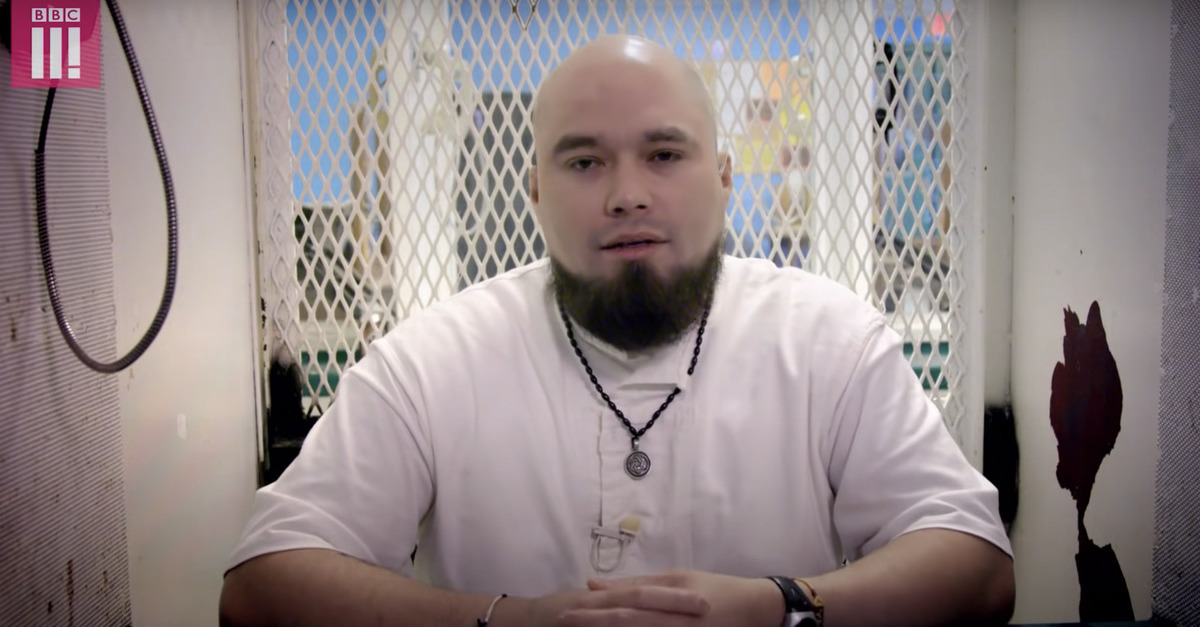 John Henry Ramirez is a 37-year-old death row inmate scheduled for execution on Sept. 8 for the 2004 stabbing death of Pablo Castro. Now, Ramirez is asking a court to rule that his spiritual advisor be allowed to “lay hands upon him at the time of his death.” His attorney anticipates that the case may soon reach the Supreme Court of the United States.

Castro, a convenience store worker, had been taking out the trash when Ramirez encountered him, stabbed him 29 times, and robbed him for a total of $1.25.

After the murder, Ramirez, a former U.S. Marine, fled to Mexico for three years. He was captured in 2007, convicted, and sentenced to death. He now sits on death row in Livingston, Texas.

During his incarceration, Ramirez met regularly with Dana Moore since 2016, pastor of Second Baptist Church in Corpus Christi. Moore travels hundreds of miles to work with Ramirez, though the two men can only speak to each other through telephone handsets while pressing their palms onto opposite sides of a thick Plexiglas window in the prison’s visitation room.

In mid-August, Ramirez filed a lawsuit requesting that a federal court intervene to allow Moore to make physical contact with him during his execution. The complaint argued that during the 560 executions conducted by Texas between 1982 and March 2019, approved chaplains were permitted inside the execution chamber “to guide persons being executed into the afterlife according to their religious beliefs.” The Texas Department of Criminal Justice (TDCJ) stopped this practice in April 2019.

Texas’ change of policy immediately succeeded a United States Supreme Court ruling in another case involving a death-row inmate in Texas. Patrick Murphy was granted a last-minute stay when SCOTUS ruled that Texas had to allow Murphy’s Buddhist spiritual adviser to accompany him into the execution chamber. Texas had refused Murphy’s request on grounds that it only allows Christian and Muslim spiritual advisors to enter the chamber. SCOTUS ruled 7-2 against Texas’ policy, issuing only a short statement along with its order.

At the time, Justice Brett Kavanaugh sided with the Court’s majority, and called out Texas’ policy allowing Christian or Muslim spiritual advisers, but excluding those of other religions as unconstitutional “denominational discrimination.” The Murphy case garnered particular attention in light of the fact that, just a month earlier, SCOTUS came to the opposite conclusion on a similar request from Alabama death row inmate Domineque Ray.

Ray had requested to have his Muslim imam by his side during his execution in Alabama. The state refused, insisting that only religious figures of its choosing would be permitted. Although the state’s Protestant chaplain had made the approved list, Ray’s Muslim imam did not. The Court ruled in favor of Alabama, and over the dissents of Justices Elena Kagan, Ruth Bader Ginsburg, Stephen Breyer, and Sonia Sotomayor. Ultimately, Ray was executed without his imam by his side.

John Henry Ramirez’s petition against the TDCJ argues that by denying his request, the state burdens his free exercise of religion at the moment “when most Christians believe they will either ascend to heaven or descend to hell — in other words, when religious instruction and practice is most needed.”  Further, Ramirez argues that TDCJ’s existing security policies are sufficient to ward against any danger in having Moore present in the execution chamber, and that Moore has already indicated his willingness to submit to any security rules and procedures.

In an emailed statement to Law&Crime, Ramirez’s attorney Seth Kretzer called Texas’ refusal to allow his client’s spiritual adviser into the execution chamber “an unholy Trinity of constitutional violations.” Kretzer elaborated, arguing that Ramirez’ suffering would be trifold in that “1) vocal prayer by a spiritual minister is prohibited as a member of his Church and his flock is dying; 2) a pastor may not read Scripture from the Bible aloud to his dying parishioner, and 3) Ramirez will not be able to hear any of the spiritual words of comfort by his Church and minister, or the Word of God, or the Holy Scriptures.”

“Eventually,” Kretzer continued, “the State of Texas will have to explain why the prison doctor must be able touch Ramirez’s arm — to determine when his pulse stops — but Pastor Moore will not be allowed to touch Ramirez’s other arm.”

Depending on what happens at the district court and U.S. Court of Appeals for the Fifth Circuit, Ramirez’s application for stay of execution may reach the Supreme Court later this week, the lawyer said. Kretzer commented about the pending litigation, saying that, “The State [of Texas] has wasted millions of dollars in legal fees the past few years litigating against the right of prisoners to get spiritual guidance during their executions.”

“We did not pick the current fight,” he commented, “but if the State wants to fight another losing battle in the Supreme Court this week, bring it on.”

Eric Allen, another attorney for Ramirez, said that his client deserves “dignity” at execution.

“The State of Texas having long dehumanized John Henry by depriving him of any human contact and love. They have housed him in a cell no larger than a bathroom. They now intend for him to leave this world without the slightest human contact. The laying on of hands with his spiritual advisor is central to his faith and his spiritual journey. To facilitate the transition from this world up the next,” Allen said. “John Henry is a remorseful, changed human deserving of dignity and his religious rights.”

Attorneys for the TDCJ did not immediately respond to request for comment.