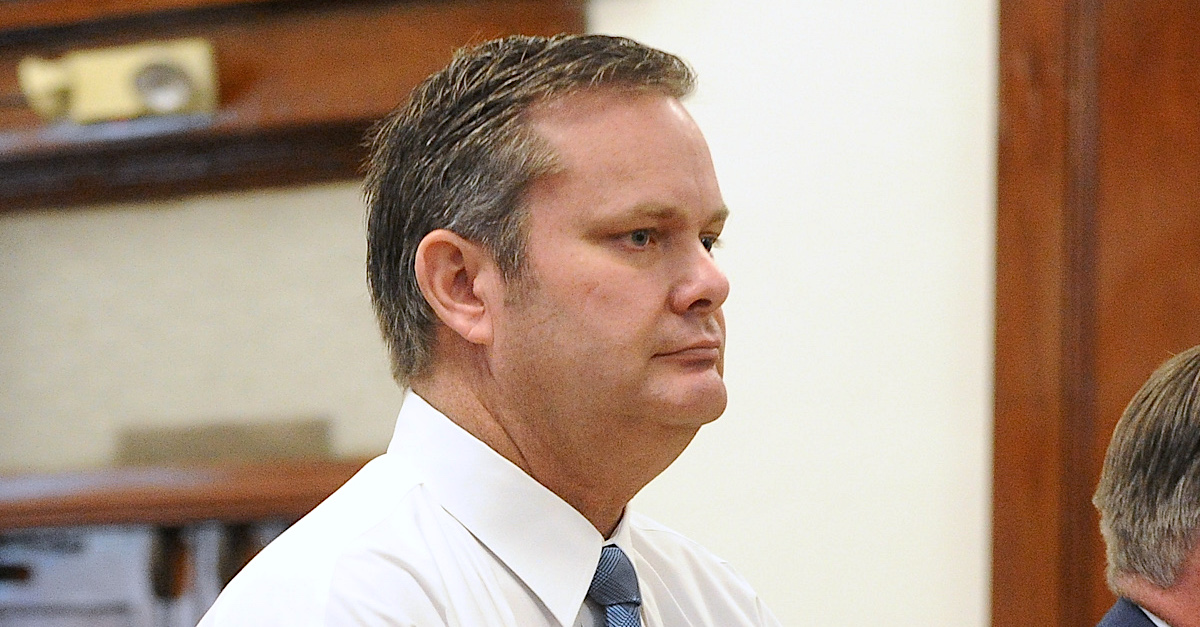 Prosecutors have announced that they will not charge Chad Daybell — despite police theories that he may have helped one former relative try to kill another former relative connected to his wife Lori Vallow Daybell.  But, prosecutors added, Lori herself is still under scrutiny.

Cops in Gilbert, Arizona, have said that they believe Chad, 53, and Lori, 48, helped Lori’s brother Alex Cox plot to murder Brandon Boudreaux, the ex-husband of Vallow Daybell’s niece. They say Cox, the gunman, missed on Oct. 2, 2019 while shooting from the back of a Jeep; he only broke the window of his target’s car, officers have said.

The Maricopa County Attorney’s Office, however, said it was declining to prosecute Chad Daybell.  However, they are still reviewing Lori Vallow Daybell’s case, according to Phoenix FOX affiliate KSAZ.

Prosecutors said they don’t think they can get Chad Daybell convicted.

“After a lengthy and careful review of the charge of conspiracy to commit murder on Chad Daybell, the Maricopa County Attorney’s Office has decided to turn down the case citing no reasonable likelihood of conviction,” the office said in a statement obtained by East Idaho News.

The couple and Cox allegedly set out on a spate of murder in the summer and fall of 2019, said authorities in two states. Cox shot and killed Lori’s then-husband Charles Vallow in July 2019 when the family lived in Arizona, the authorities have alleged. He maintained that the shooting was in self-defense. Vallow then moved her children Joshua “JJ” Vallow, 7, and Tylee Ryan, 16, to Idaho.  The kids went missing in September 2019.  Authorities in June 2020 found their bodies on property belonging to Chad Daybell. It was Daybell who allegedly murdered his then-wife Tammy Daybell, 49, in October 2019, days after Cox shot at her, the authorities have said.

Cox will never be charged for his alleged role in these murders. He died in December 2019 of what Maricopa County, Arizona medical examiners called a blood clot.

Chad and Lori had reportedly evaluated whether people in their lives had light or dark spirits. That allegedly included Boudreaux, who had been engaged in a rocky divorce with Lori Vallow Daybell’s niece. They allegedly determined he had a “dark soul,” said Gilbert cops.

“All I could think was someone shooting at me,” Boudreaux told police on body cam footage, according to KSAZ. “What do I do? I need to hit the gas and get out of here.”