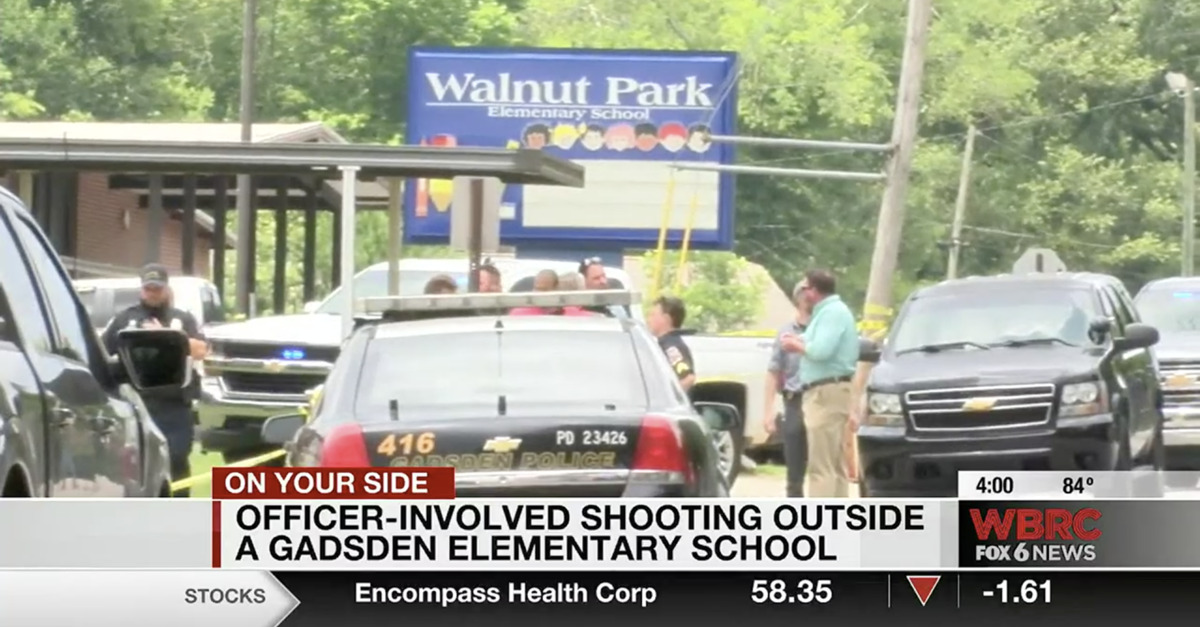 A man in the city of Gadsden, Alabama was shot and killed by law enforcement on Thursday morning after he allegedly tried to enter an elementary school in a way described as “suspicious” by officials.

According to Etowah County Sheriff Jonathan Horton, the man identified as 32-year-old Robert Tyler White of Bunnlevel, North Carolina, was killed following an altercation with a school resource officer after he was caught attempting to “forcibly enter” Walnut Park Elementary School on the west side of town, Columbus, Ga. ABC affiliate WTVM reports.

Horton claims that a concerned citizen dialed 911 at around 9:30 a.m about the White’s efforts. In addition to trying to access the school, the man was also said to have been trying to break into vehicles in the school’s parking lot. The school resource officer followed up on the call, the sheriff said, and a fight broke out.

Citing the Alabama Law Enforcement Agency, the TV station reported that the man attempted to take the officer’s gun during the struggle. Law enforcement has not said whether or not the man was armed.

According to AL.com, the school resource officer called for backup and quickly received it. A second officer arrived and that’s reportedly when an altercation broke out.

In the end, White was killed and the officer was injured.

“I got a call from the principal who’s really distraught, and I really couldn’t make out what was happening,” Gadsden City Schools Superintendent Tony Reddick told Huntsville, Ala. CBS affiliate WHNT. “But I knew it was something pretty bad.”

Reddick went on to describe the man as an “alleged potential intruder” who was “aggressively” trying to enter school doors.

The superintendent told the TV station that when he arrived at the school, the would-be intruder was already lying on the ground, but he declined to say if he knew the man was dead.

“It’s the kind of call you don’t want to get,” Reddick added in comments to Birmingham, Ala. ABC affiliate WBMA. “You definitely have concern about something potentially traumatic that happens.”

The superintendent said he was told by the school’s principal that the man was trying multiple doors. When the principal saw this behavior, Reddick said, the school went into lockdown mode.

“At the end of the day, the good news is no one made it into the building, and the kids were safe,” Horton told AL.com.

Children were at the school to attend a summer literacy camp.

Police advised the public to avoid the area once they were aware of the situation. Dozens of officers and emergency vehicles from multiple different agencies ended up responding to the scene of the shooting.

An initial alert from the ECSO on Facebook reads:

Please avoid the area of Walnut Park around the school. There is an ongoing Police incident. All children at the school is safe. Please avoid area and further information will be provided as needed.

All children at Walnut Park School in the City of Gadsden program will use side parking lot beside south 11th and board of education program will be taken to Gadsden City High School by bus. Please bring identification to pick up children.