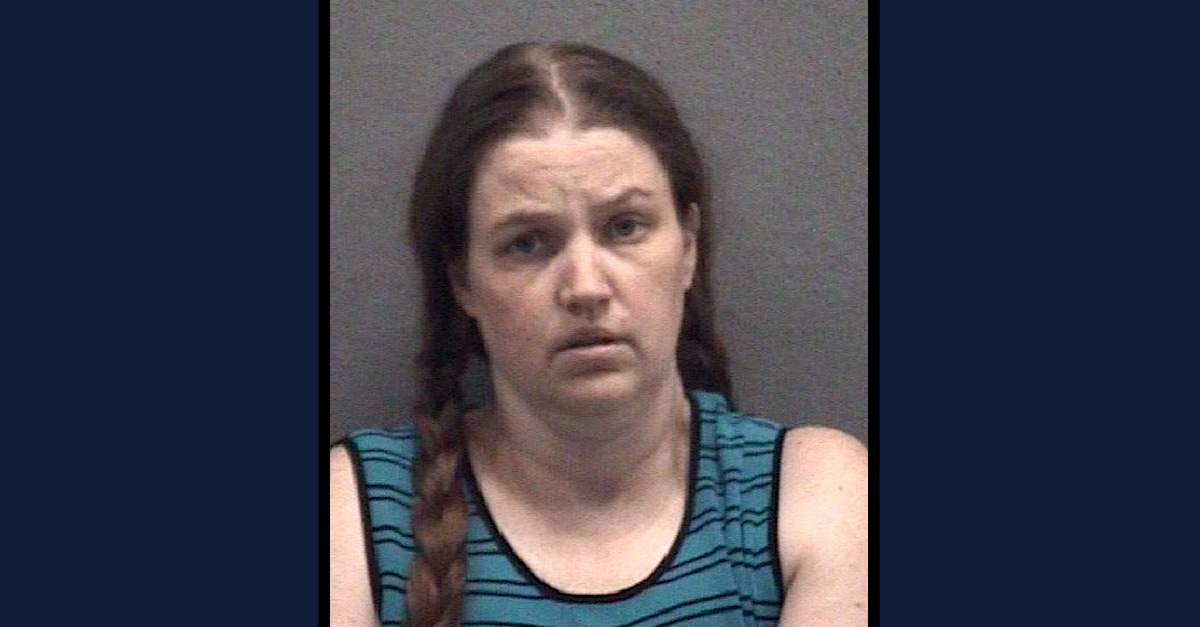 A 43-year-old Michigan mother is behind bars for allegedly starving and torturing her juvenile son to death, authorities say. Shanda Margaret Vander Ark was taken into custody last week and charged with one count each of open murder and first-degree child abuse in the death of 15-year-old Timothy Ferguson, court records reviewed by Law&Crime show.

According to a press release from the Norton Shores Police Department, officers on July 6 at approximately 6:37 a.m. responded to an emergency call about a “suspicious death” at a home located in the 4000 block of Marshall Road. Upon arriving at the scene, first responders discovered the body of a teenage male, later identified as Ferguson. The boy was pronounced dead on the scene.

“The victim appeared to be extremely malnourished and there was evidence of abuse,” police wrote of the situation.

Vander Ark appeared Friday for an arraignment where prosecutors reportedly said that Timothy’s death was the direct result of corporal punishment at the hands of his mother. Muskegon County Assistant Prosecutor DJ Hilson reportedly told Grand Rapids NBC affiliate WOOD-TV that Timothy’s death was “the most disturbing case he has seen in his career.”

“I’ve been at this job for over 20 years,” Hilson said. “The things that walk through this door on a day-in-and-day-out basis are horrific and traumatic. But I can safely say that within my career, this is probably one of the more sadistic and tragic events that I’ve ever seen and witnessed and been a part of.”

“The investigation subsequently revealed that Shanda Vander Ark had a number of punishments . . . that frankly were just beyond the pale in terms of what should be administered to a child,” Roberts told the court, according to a report from the website MLive. “Most notably, the denial of food to the child, feeding the child nothing but bread and bread soaked in hot sauce and hot sauce poured down the child’s throat and placing the child in an ice bath.”

Vander Ark reportedly forced Timothy into an ice bath the day before his death.

Hilson reportedly told local news stations that Timothy lived with “some sort of incapacity or mental incapacity” and noted that the boy was home schooled.

Vander Ark told Muskegon County Judge Maria Ladas Hoopes that she was employed as a law clerk at Newaygo County Circuit Court. She also stated that she had graduated from law school and passed the bar exam, though had not yet obtained her license to practice law because her husband reportedly suffered a stroke.

Judge Hoopes ordered Vander Ark to be held without bond.

Vander Ark’s attorney, Muskegon County Chief Public Defender Fred Johnson, told WOOD-TV that he disagreed with the ruling, despite the nature of the allegations against his client.

“[The judge’s ruling] was probably correct under the law, it just wasn’t the one I think was appropriate to this young lady,” Johnson reportedly told the station. “She has no criminal history. She has no place else to go. She has family here in the community. She’s not a run threat. She’s not a threat to hurt anyone else. Even given the allegations, they’re all directed toward a specific group of people. All those people are now protected.”

“[A]n investigation done by Oklahoma Child Protective Services between 2009 and 2012 also resulted in a recommendation to terminate Vander Ark’s parental rights,” that television station reported while questioning why the alleged victim was even under the defendant’s care “to begin with.”

KFOR further noted that Vander Ark “agreed to relinquish custody” in 2012 “in order to avoid a permanent severing of parental rights.”

Vander Ark is scheduled to appear in court for a probable cause conference on July 21, Michigan court records show.