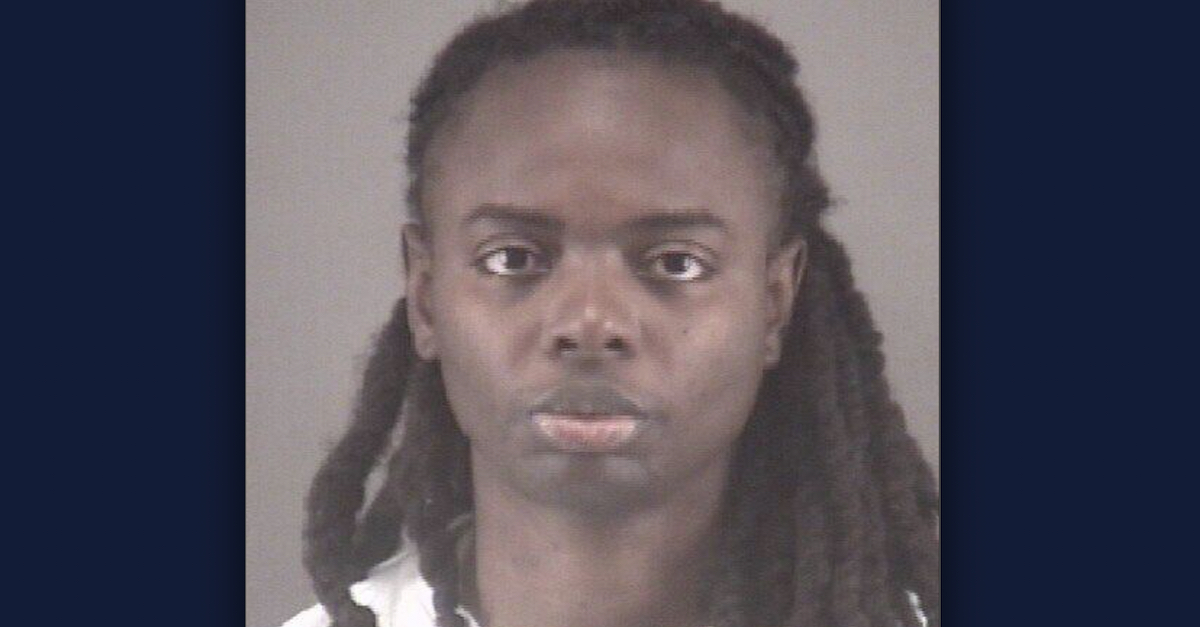 Prosecutors in North Carolina are pursuing the death penalty against a mother accused of brutally murdering her 5-year-old adopted son last year.

Appearing in Forsyth County Superior Court on Friday, Assistant District Attorney Belinda Foster declared that the state wants to bring a capital case against Kimberly Monique Smith due to the “especially heinous” nature of her alleged crimes, the Winston-Salem Journal reported.

According to the Winston-Salem Journal report, ADA Foster told Forsyth Superior Court Judge Andrew Hanford that the allegations against Smith are “especially heinous, atrocious, or cruel,” one of 11 aggravating factors required for prosecutors to seek the death penalty under North Carolina law.

James did not immediately respond to a message from Law&Crime seeking comment on the state’s decision to seek the death penalty against his client.

Officers with the Winston-Salem Police Department and Emergency Medical Services personnel at approximately 9:53 a.m. on June 6 responded to a 911 call about an unresponsive child at a residence located on Whisperwood Street in Rural Hall, authorities said in a press release. Upon arriving on the scene, first responders found one of Smith’s friends giving CPR to an unresponsive Kendall and took over performing life-saving procedures. EMS medics transported Kendall to Brenner Children’s Hospital where doctors attempted to resuscitate the child, but succumbed to his injuries shortly after arriving and was pronounced dead at approximately that evening.

A probable cause affidavit obtained by the Winston-Salem Journal reportedly said that an officer who accompanied Kendall to the hospital observed that the boy had suffered “extensive bruising on his body,” and also “had an abrasion on the tip of his penis and a laceration on his scrotum.”

When questioned about Kendall’s injuries, Kimberly’s stories about what happened reportedly changed multiple times. Per the affidavit, she initially told investigators she was holding Kendall when she tripped on her other child and dropped him on his head. Two days later, she allegedly claimed to have had no part in Kendall’s injuries, reportedly telling police her son was just “clumsy” and fell while running.

But Kendall’s brother reportedly told a social worker that he saw his mother hit Kendall, first with a wooden yard stick, then with the cord of a phone charger, and finally with a belt. The brother also reportedly said that his mother often “flicked his and Kendall’s genitalia” as punishment for wetting the bed.

A subsequent autopsy performed by a pathologist reportedly determined that Kendall’s death was a homicide caused blunt force trauma to the back of the back of his head. The blow reportedly caused the boy’s brain to swell, depriving him of oxygen. The pathologist also reportedly found unique bruises up and down Kendall’s body that police said were matched to a belt buckle recovered from inside of Kimberly Smith’s home.

Investigators analyzed masking tape recovered from the scene and determined the tape was placed over the child’s mouth and wrapped around his head and neck two times to keep his mouth shut, according to the affidavit.

Faced with additional evidence, Smith allegedly admitted that she had “had taped Kendall’s mouth shut to keep him from screaming and that she had hit him with a yardstick and charger cord,” per the affidavit. She also allegedly said she was making the boy run “suicide drills” in his room as punishment because he drank after 5 p.m. She said she put him in the bath for about 30 minutes and tried to wake him up before calling her friend over. The friend reportedly called 911.

Lt. Gregory Dorn of the Winston-Salem Police Department told Florence CBS affiliate WBTW-TV that Kimberly has been the children’s legal guardian for about two years, and described the investigation as “the worst case of abuse he’s seen in 16 years.”

Smith, who had been the children’s legal guardian for approximately two years prior to Kendall’s death, is currently being held in Forsyth County Jail without bond.

The Forsyth County District Attorney’s Office and Clerk of the Court did not immediately respond to messages from Law&Crime seeking additional information in the case.